Your Morning Dump… Where Hayward is making us forget Horford 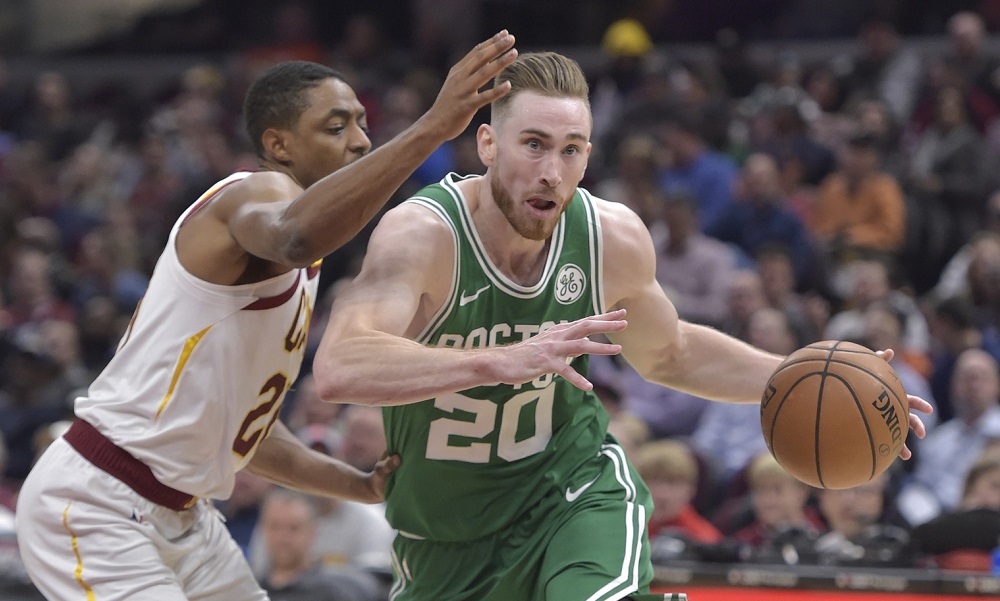 Your Morning Dump… Where Hayward is making us forget Horford

Hayward’s leg injury in the opener two seasons ago obliterated that vision. It is a sneaky “what if” moment in recent league history given everything that happened in its wake: the fast rise of Boston’s young players; the resulting tension between some of them and Kyrie Irving; Irving’s departure; the death of Boston’s Anthony Davis dreams.

And yet after all that, Boston has found a good team — and Hayward has found that version of himself. He’s third on the team in usage rate — behind Jayson Tatum and Kemba Walker, and a whisker ahead of Jaylen Brown — but he’s scoring 20 points per game on 56% shooting. He’s second in assists at 4.6 per game, trailing only Marcus Smart (4.7).

Hayward looks steadier on his feet. He’s moving more fluidly, and defending with a renewed stoutness. He has been a part of almost every good Boston lineup.

For most of his career, when it came to scoring Hayward leaned heavily on his ability to score via catch-and-shoot or on pull-ups.

This season, Hayward is averaging more than 20 points per game and his ability to get shots from close range has a lot to do with it.

He leads the Celtics in drives per game with 12.6.

Just as telling is the fact that he’s taking a career-high 48.5 percent of his shots from within 10 feet of the rim. Prior to this season, Hayward had never taken more than 34.4 percent from within that range.

Jalen Rose of ESPN was asked on his show “Jalen and Jacoby” if the Celtics can rely on Hayward to continue to put up strong performances this season, and Rose responded that “they absolutely can.”

Even Hayward himself thinks that this is the new standard. With the injuries behind him, he believes this should be the norm moving forward.

Boston.com: What experts are saying about the Celtics’ hot start to the season

It was a shock when Al Horford bolted to Philadelphia. The multitalented big man was probably the one player the Celtics could least afford to lose – especially since he went to Boston’s biggest division rival.

Horford’s decision may yet come back to haunt the Celtics, but for the time being there is hope that he won’t be missed too much. And that hope is being delivered by Gordon Hayward.

Think about what Horford brought to the table. He’s a savvy veteran, good shooter at all levels, effective passer, and a top defender. Those same attributes can be found in Hayward’s game – the difference being that Gordo is 6’7”, not 6’9” like Al. Then again, Hayward is 29 and Horford is 33.

The sample size is small so far – through Thursday they had each played seven games this season – but the stats according to Basketball Reference show Hayward currently contributing more to the Cs than Horford has to the Sixers. Even in defensive rating, where you’d expect Horford to have an edge, the two players are identical at 102.

The point here is that Hayward is back in the mix, as if the Celtics had made a new signing. Last year, his contributions were that of a role player; this year, he’s producing at an all-star level. If Hayward continues that trajectory, he has the potential to provide versatility and numbers that exceed what Horford might have done had he stayed in Boston.

There’s a long way to go until this theory is proven or not, but it’s something to watch for as the season unfolds.

On Page 2: Smart is fine with being fined

Smart was upset about multiple moments in Thursday’s game. He argued his fourth foul call, then picked up an offensive foul on the ensuing possession. Brad Stevens pulled Smart from the game (which Smart also protested), and when Smart returned in the fourth quarter, he got into an altercation with Miles Bridges when the second-year forward shoved him to the ground pursuing a loose ball.

After the game, Smart criticized everyone from the officials to Brad Stevens, and he clearly knew he would be fined.

“I wish they would call the game the right way, you know?” Smart said. “A lot of calls that they called, I didn’t understand where the fouls were. And it just seems like whenever I get the ball and I’m on offense, I can’t get a call, and with the Bridges push and stuff like that, I told them, I said, ‘If it was me, y’all would probably throw me out the game and everything. So you clean it up, or I will. I allowed y’all, I gave y’all the time, y’all keep telling me let us handle it, let us handle it, I’m coming to y’all first, but at some point as a player, as a man, you’ve got to protect yourself.’ Nobody else is going to protect yourself, you’ve got to protect yourself. So if that means I’ve got to lose a little bit of money, then I’ve got to lose a bit.”

And if Smart has reached a point of no return with referees, he’s incapable of changing that status. Indeed, his entire wild, passionate style is predicated on it.

When he was shoved out of bounds by Miles Bridges in the fourth quarter, there was never a question that he would immediately bounce back to his feet and lunge in the Charlotte forward’s direction, stopped only when referee Leon Wood got in the way.

From there Smart went to the line, chattering all the way, and hit his free throws.

As Smart went to the bench after picking up his fifth foul, he appeared to snap at Stevens. He said later that he was frustrated with the calls that were going against him, and that he wanted to feel like someone was on his side.

“I’m telling him like, ‘At some point you have to step in and say something as a coach. But since you won’t, I’ve got to,’ ” Smart said. “I understand from Brad’s standpoint, but at the same time, from the player’s standpoint, like, you’ve got to step in.”

The two smoothed it over soon after that, though, and Stevens was not concerned about it.

Globe: Marcus Smart and Brad Stevens had a bit of a disagreement, but they’re all good now

Every season, Marcus has a meltdown of some sort. Sometimes it’s bad (whacking Matt Bonner in the balls and picking a fight with a picture frame are two examples) and other times it’s amusing (beefing with Jimmy Butler over who’s “about that life” comes to mind). Thursday night’s episode was somewhere in between.

Yelling at your coach is never advisable. Fortunately, Brad is a players coach all the way. Any lecture or discipline the Celtics deliver to Smart will be done privately, not in the media.

As noted above, Smart plays with a “wild, passionate style” that won’t be changing anytime soon. We should expect an outburst or two every season, and hope he doesn’t cross the line into suspension territory.

Like it or not, that’s the price of having Smart on the roster. If Smart is OK with paying a fine to the league, then so be it.

And, finally… Always good to have some Green in the lineup

Green played an uneventful five minutes against the Cavs on Tuesday night but found his number called again on Thursday with Smart saddled with foul trouble in the third quarter. With Green getting the nod ahead of a struggling Carsen Edwards (0 points in 12 minutes) and Semi Ojeleye, the 26-year-old made the most of his extended chance, scoring 12 points (5/9 FG) in 12 minutes to help put the Hornets away in a blowout win.

This play isn’t just a flash in the pan with Green. He showed all summer league and preseason long that his first step can get him by NBA defenders, something that occurred regularly in this 12 point performance. Even though he has a questionable jump shot (0-of-2 from 3-point range, subpar overseas), he has the best athleticism out of anyone on the C’s bench and that was showcased on several occasions in this game, including this fast break when Green simply beats the defender down the floor for a vicious jam.

This is a no-brainer. Offensively, Javonte showed more versus the Hornets than Semi has since … ever. If Green can earn Brad’s trust on the defensive end, there’s no reason in the world why the 26-year-old rookie shouldn’t be in the rotation. Let’s see what he’s got.

NBC Sports Boston: Celtics’ Jaylen Brown: ‘Can’t wait for people to see how much better I’ve gotten’  |  Here’s the one stat that should thrill Celtics fans through seven games