35-Year Anniversary: Reich Leads Maryland Past Miami in Comeback for the Ages 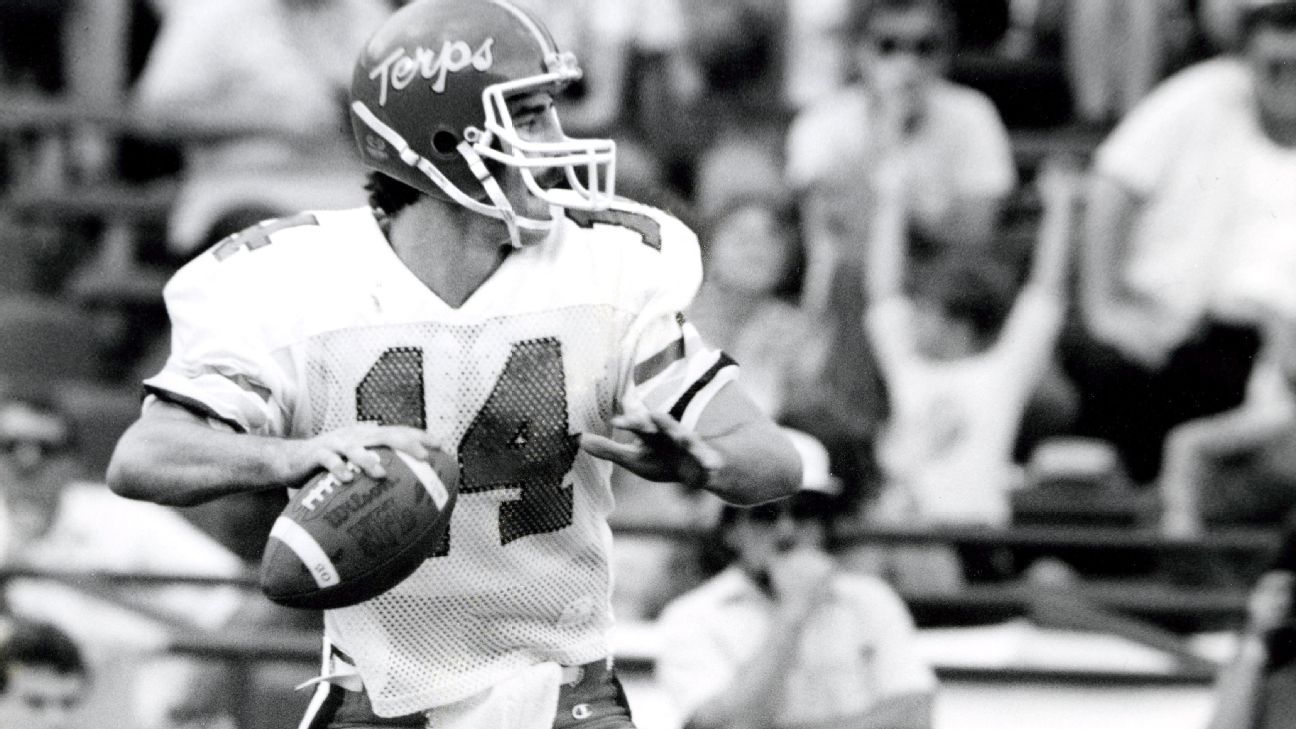 35-Year Anniversary: Reich Leads Maryland Past Miami in Comeback for the Ages

Before he was the head coach of the NFL’s Indianapolis Colts, if one brought up the name, Frank Reich, a memorable comeback would likely come to mind. It’s probably not the one that’ll be mentioned here.

The highlight of Reich’s NFL career was leading the Buffalo Bills from a 35-3 deficit to beat the Houston Oilers in a 1992 AFC Wild Card game. Before that, Reich led the greatest comeback in college football history and he did it on on this day 35 years ago.

Miami racked up 328 yards in the first half to just 57 yards for the Terrapins to build the big lead. Quarterback Bernie Kosar had passed for 240 yards and three scores in the half and it looked as though it may be a short afternoon for the Ohio native.

With the offense sputtering, head coach Bobby Ross and the Terrapins elected to replace a struggling Stan Gelbaugh with Reich. Reich would proceed to pass for 260 yards and lead six straight scoring drives.

Reich accounted for three touchdowns in the third quarter with scoring strikes to Greg Hill and Alvin Blount before scoring on a keeper. At the end of three quarters, Miami led 34-21.

After Tommy Neal’s 14-yard touchdown run with more than nine minutes to play in the contest, the Terrapins took their first lead with the help of a little luck. Reich’s pass down the right sideline went through the hands of Miami safety Darrell Fullington and into the arms of Hill, who took it the rest of the way for a 68-yard touchdown.

Up 35-34, Maryland cashed in when Miami fumbled the ensuing kickoff and the Terrapins recovered inside the Miami 10-yard-line. Two plays later, Rick Badanjek scooted into the end zone to make it 42-34. Later in the quarter, it was a Maryland special teams miscue that would give Miami new life.

After a bad snap, Miami was able to block the Maryland punt with less than two minutes to play to begin the drive in the red zone. After consecutive completions to Melvin Bratton, Kosar found Eddie Brown for a 6-yard touchdown with about a minute remaining. Down 42-40, the Hurricanes were forced to go for two, but Maryland’s Keeta Covington preserved the win with a form tackle on a pass to Bratton out in the flat.

Maryland would go on to collect wins over Clemson and Virginia to clinch the ACC title. Reich would lead another comeback in a 28-27 Sun Bowl victory over Tennessee as the Terrapins finished 9-3 and just outside the AP top 10.

The prevailing memory from that season for the Terrapins however, was erasing a 31-point deficit at Miami. That happened on this day three and a half decades ago.