5 rational thoughts following the Celtics road blowout of the Spurs 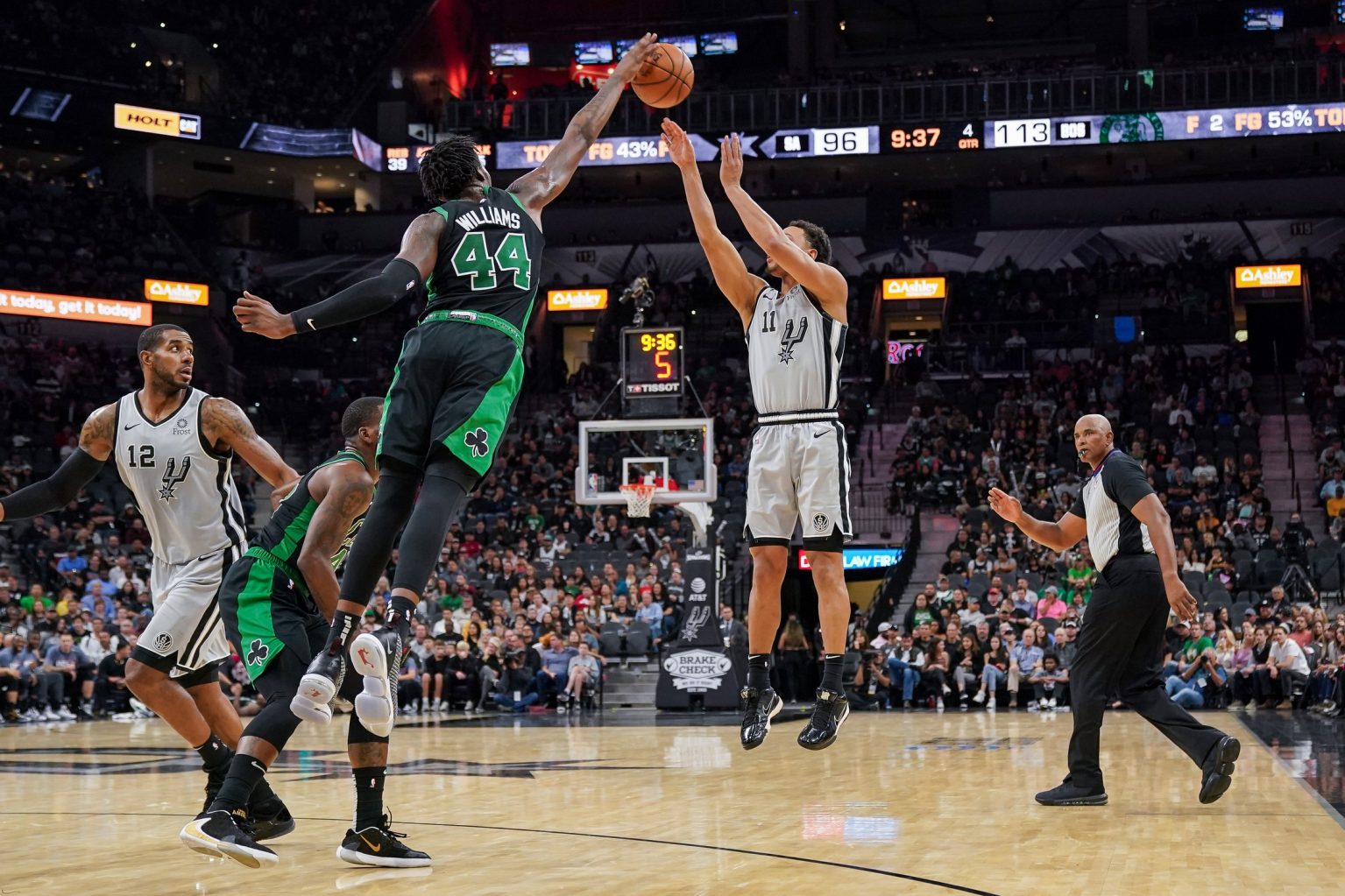 5 rational thoughts following the Celtics road blowout of the Spurs

Still really not sure how to feel about that game for obvious reasons! But as we noted last night, the Boston Celtics did, by any standard, blow the San Antonio Spurs out of the goddamn water, improving to 7-1 on the season and establishing further evidence that this team may, in fact, Be For Real.

Some things that have clarified somewhat after time for analysis and complementary reporting:

Hayward’s injury will hurt, but it’s not the end of the world.
When the NBCS Boston broadcast announced Gordon Hayward had fractured his left hand, I was pissed and crestfallen. The fact that Steph Curry broke his hand just a week ago, was initially given a three-month return timetable and then declared potentially out for the season this past Friday by Bleacher Report played into my formation of nightmare scenarios.

Reporting from Mike Monroe of The Athletic late last night points toward Hayward returning soon enough that he’ll be around most of the remaining season. Though nothing is certain until we know whether El Gordo needs surgery, a Christmas return—as opposed to the All-Star break or later—seems possible. Kemba, the Jays, Romeo Langford (more on him below), Carsen Edwards and Grant Williams will have a lot more to do.

(Brief sidebar: I should’ve looked closer at that BR piece, because it was from the notoriously questionable Ric Bucher. His report on Curry was contradicted by his own employer and reports from outlets closer to the situation the same freaking day, and I should kick myself for being hoodwinked by a dude as unreliable as Chris Broussard. Just search “Ric Bucher unreliable” and you’ll see all the evidence you need.)

Jaylen Brown has fully and truly arrived.
Remember when Jaylen’s performance in the first game of the season had fans worried and schadenfreude-guzzling Celtics haters all abuzz? In hindsight it was HIGH-LARIOUS if anyone thought that bad night was anything other than an aberration.

Jaylen Brown got us back into tonight's game and then pushed us to a win, as he went off for 30 points against the Spurs. pic.twitter.com/oZZFPoGEGh

Brown is driving, cutting and finishing with remarkable finesse and unflagging energy, and despite some early struggles shooting from deep, is still scoring at quite the clip (52.2% FG, 56% eFG, 117 points scored per 100 possessions, 60.6% TS). The defensive acumen has been there pretty much from jump, of course, and also shows no sign of flagging—I mean, c’mon; San Antonio didn’t lose by 20 just because LaMarcus Aldridge couldn’t hit fish in a barrel. All of the Spurs’ wings except Patty Mills were, at various points, stifled by Brown.

The agony and ecstasy of Robert Williams continues…but last night was much more the latter.
Last night’s game was the most sustained example of the potential that I imagine Boston’s front office saw in the Timelord when they drafted him at no. 27 in 2018.

He still has a ways to go in terms of playing less recklessly: There are many, many ways the dunk above could’ve gone wrong, and his battles with Jakob Poetl in the first half, while funny, also could’ve turned into problems. But his second half was outstanding—evidence that his ceiling could be not unlike that of Clint Capela and other excellent rim-runner/shot-blocker bigs.

Rebounding is going to be an issue this season…again.
Stop me if you’ve heard this one before, but still:

Boston's initial defense has been great, but once again, they are letting up way too many offensive rebounds. Possession doesn't end until you have the ball, not matter how good initial defense is.

San Antonio out-rebounded Boston 57-43, including 21-7 on the offensive glass alone. In a beatdown game like this it didn’t matter much, but it will be the kiss of death in any more serious contest.

We’re about to see more bench, and potentially a lot more Romeo.
All things being equal, I’m sure Brad Stevens and Danny Ainge both would’ve preferred giving Romeo Langford a bit more prep time in Portland with the Maine Red Claws. But the Hayward injury complicates things, and he’s definitely going to be spending more time with the Cs.

Whether he can do that with any regularity in the NBA remains to be seen, but the expectations on his shoulder just got higher regardless.