Eberle's first game back highlighted by monster save 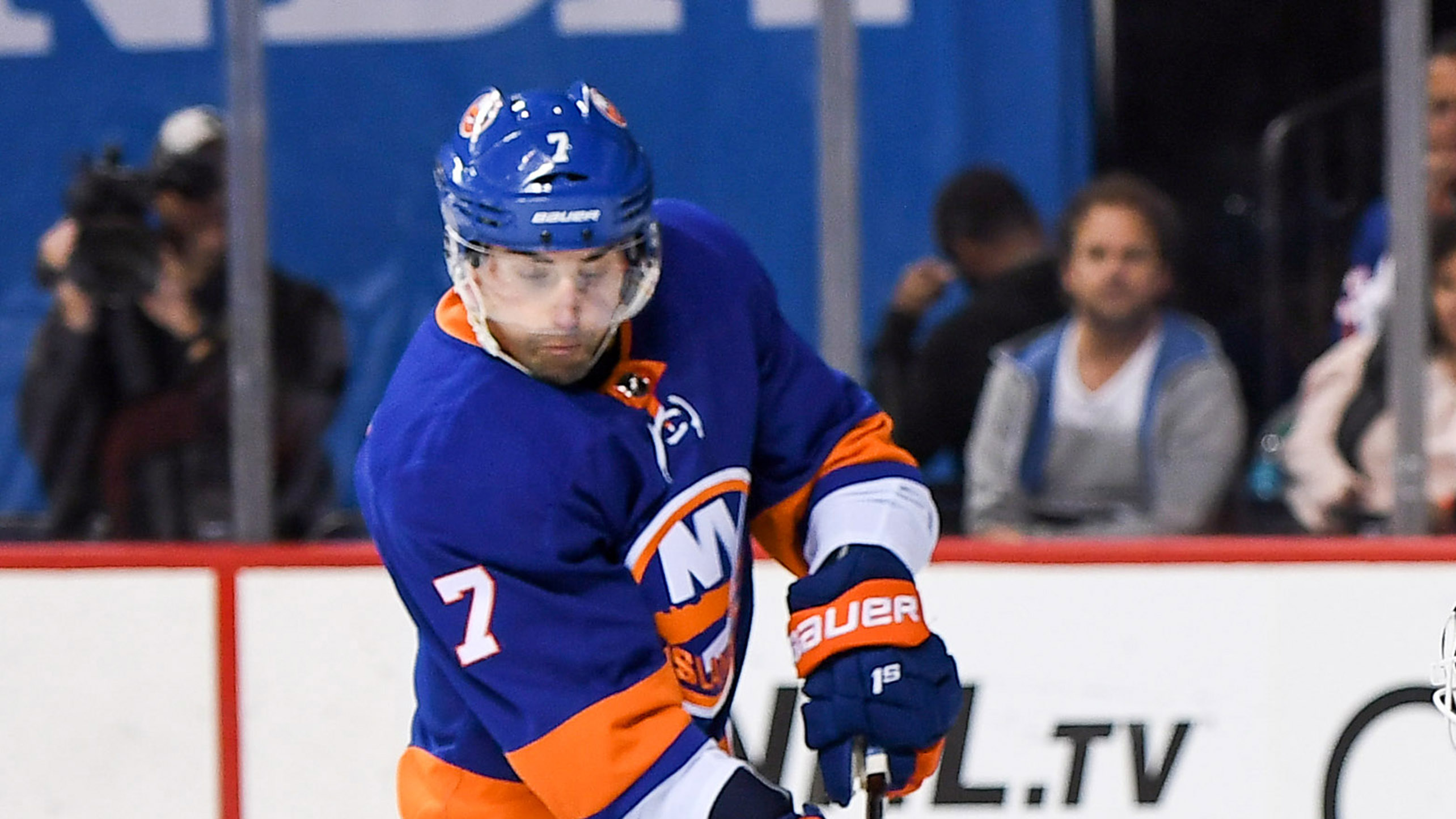 Eberle's first game back highlighted by monster save

NEW YORK — If anyone was expecting Jordan Eberle to take it easy his first game back after missing the Islanders last 10, they had another thing coming.

With the Islanders holding a 1-0 lead in the second period, the Panthers looked as though they were finally going to catch a break. An initial shot by Evgenii Dadonov rang off the iron and in the confusion after that Brett Connoly found the loose puck.

It looked like a sure goal until Eberle did his best Thomas Greiss impression and made a sprawling save to keep the Islanders in the lead.

Jordan Eberle's (@jeberle_7) getting a free dinner after this. pic.twitter.com/mmIoDrQvYm

“In my head, I was just thinking there’s no way we’re losing this game the first one back. That probably was the best save of my career,” Eberle said. “I thought I saw the puck dribble behind Greisser, so I had my stick back there. Then I just noticed it pop out and I saw the guy coming down. It’s kind of just fire drill from there.”

It was the highlight from an impressive first game back for Eberle, who was back on the Islanders’ top line Saturday afternoon with Anders Lee and Mathew Barzal. Eberle had been out since he suffered a leg injury in the Islanders’ last game against the Panthers on Oct. 12 at Nassau Coliseum.

Eberle saw 14:47 of ice time on Saturday in Brooklyn and finished the game with four shots on net and a plus-1 rating. The 29-year-old also had a few near goals as well.

“That's a good Florida team over there, a really hot offensive team. I thought we did a decent job, but obviously Greiss was pretty outstanding. I thought he made some pretty incredible stops. It was a good team effort.” – Mat Barzal pic.twitter.com/PVVmKxBmlB

“I thought he did a great job tonight,” Barzal said about Eberle’s performance. “I thought he possessed the puck well and made some great reads. He’s one of the niftiest little players I know. He was doing his thing out there tonight. He probably could have had two goals or so, but Bobrovsky had some nice stops.

“Nice to have him back.”

There had been some thought to easing Eberle back into things more slowly in his first game back. Trotz had intimated that a few days earlier.

However, things changed after Casey Cizikas was banged up in the middle of Saturday’s game.