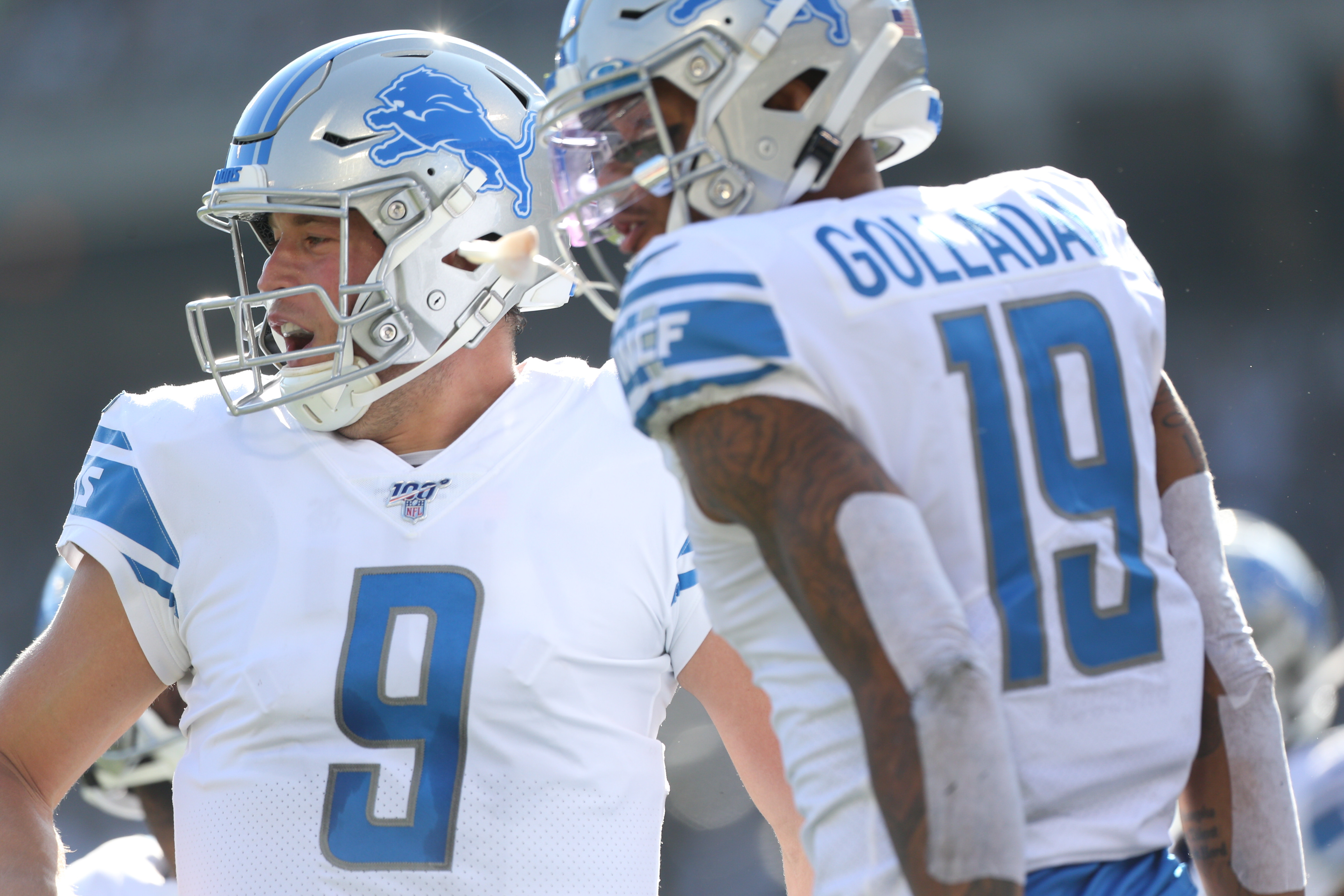 The Detroit Lions and Chicago Bears started off 2019 in similar fashions.

The Lions (3-4-1) jumped out to a 2-0-1 record but have lost four of their last five games to stumble to a third place spot in the NFC North.

The team that sits below them in last in the division standings, the Bears (3-5), began the year at 3-1 but have lost four straight games and have watched their once promising season crumble right before their eyes.

While both of these teams have slim playoff hopes, a win in this game would get them started in the right direction while a loss would all but eliminate them from contention.

But while these teams have seen their seasons start similarly, how they’ve gotten there is a completely different story.

The Lions have one of the best offenses in football, led by quarterback Matthew Stafford. If Detroit’s record was better, he might be talked about as a possible NFL MVP candidate as he is fourth in passing yards (2,499), second in passing touchdowns (19) and has only thrown five interceptions. Stafford has also gone three straight games with 300-plus yards and three touchdowns.

He can thank some of his success to his dynamic duo at the wide receiver position. Kenny Golladay and Marvin Jones have been arguably the best 1-2 punch in the NFL. Golladay is tied with Mike Evans of the Tampa Bay Buccaneers for the league lead in receiving touchdowns with seven. Jones is not far behind with six.

They, along with Evans and Chris Godwin, are the only pairs of NFL teammates with 13 combined receiving TDs, 35-plus receptions each and 500+ yards apiece.

But for all of their success on offense, they are equally as bad, or even worse, on the defensive side of the ball.

This could bode well for Chicago as they have had one of the worst offenses in football while being led by their defense. They rank 27th in points per game (17.8) and 29th (266.8) in yards per game.

The Bears were hoping that QB Mitch Trubisky would take a step forward under head coach Matt Nagy after having mild success last year (3,223 yards and 24 TDs) and leading Chicago to a division title and a playoff berth.

He hasn’t been helped much by the ground game as the Bears rank 28th in rushing yards per game as rookie running back David Montgomery has struggled to find his footing in the NFL.

On a positive note, Trubisky did light up the Lions in his one game against them last year as he completed 23 of 30 passes for 355 yards and three touchdowns.

As for the defensive side of the ball, the Bears will most likely have to continue their dominance if they want to come out victorious.

Injuries could swing this game as Detroit comes in rather banged up while the Bears are relatively healthy.

Stafford, who has started 136 consecutive games, which ranks as the second longest active streak behind Phillip Rivers, is questionable with a hip and back injury.

I think this game will come down to the play of the quarterbacks. Stafford has been amazing while Trubisky has been atrocious. That will be the deciding factor as Detroit’s offense struggles but so does Trubisky against a poor defense. It will be a low scoring, close affair throughout, but Stafford and Co. find a way to win and get back to .500 while fans in Chicago will begin to call for Nagy’s job and a change at QB as their beloved Bears fall to 3-6.