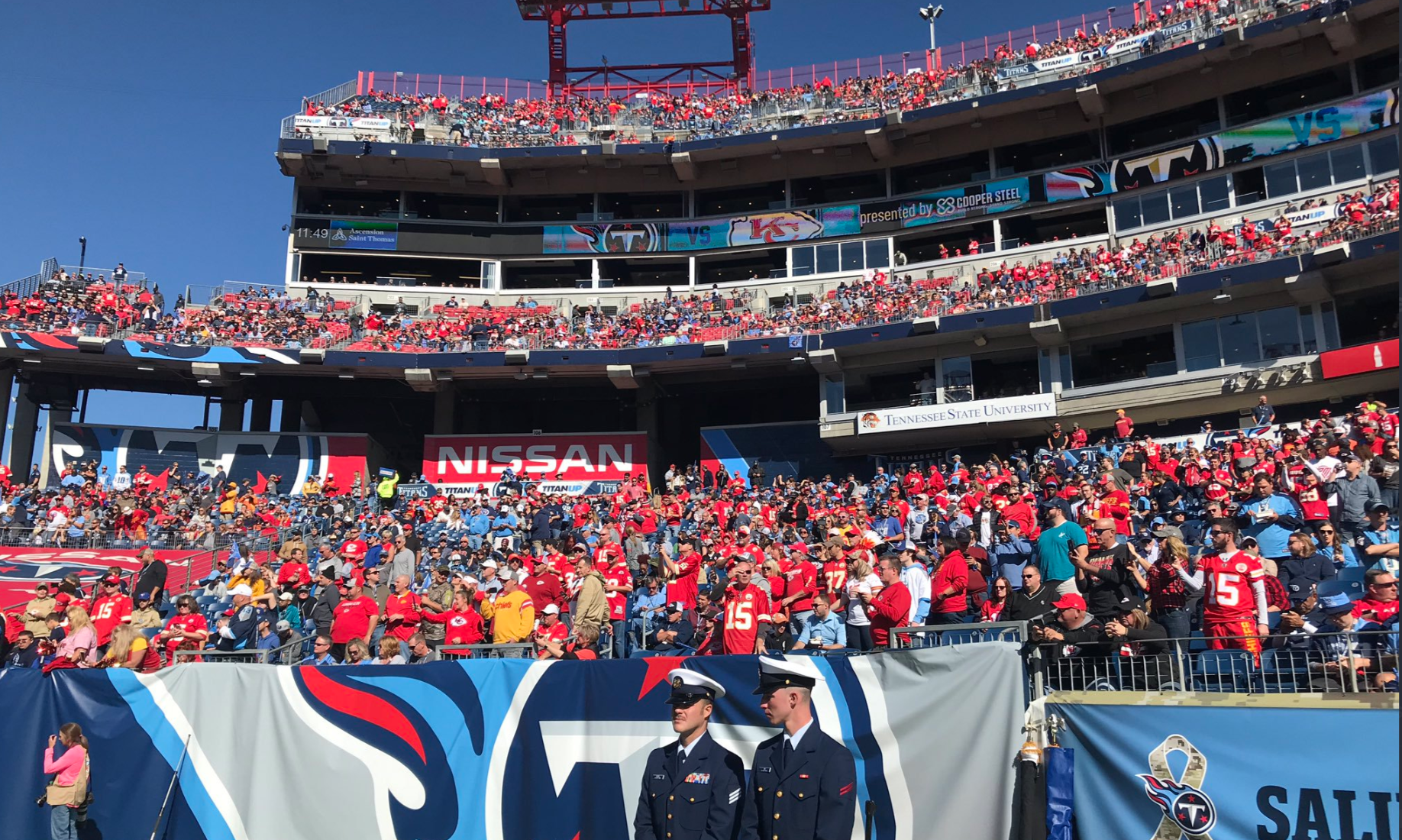 Chiefs fans travel well, and the Titans found that out on Sunday, when a cavalcade of Kansas City’s biggest supporters invaded Nashville on Sunday.

It’s approximately a seven-hour drive from Kansas City to Nashville, and a very short flight, so Chiefs fans took advantage of that. They did their best to make their voices felt and support Patrick Mahomes in his first game back from injury, and it appears they did exactly that.

Check out these videos and photos of Nissan Stadium, showing the sea of red that invaded on Sunday during the game.

Chiefs fans seemed to have traveled quite well pic.twitter.com/1UbVcncar7

It's so cool to see this many #Chiefs fans on the road. I just wish they could have witnessed a win today in Nashville. @KCTV5 pic.twitter.com/suh5JOkYTr

As many Chiefs fans as I can remember for a road trip, including all the San Diego games. pic.twitter.com/0DmU0QmYBX

MANY #Chiefs fans at Nashvillepic.twitter.com/NFFDAf3ADS