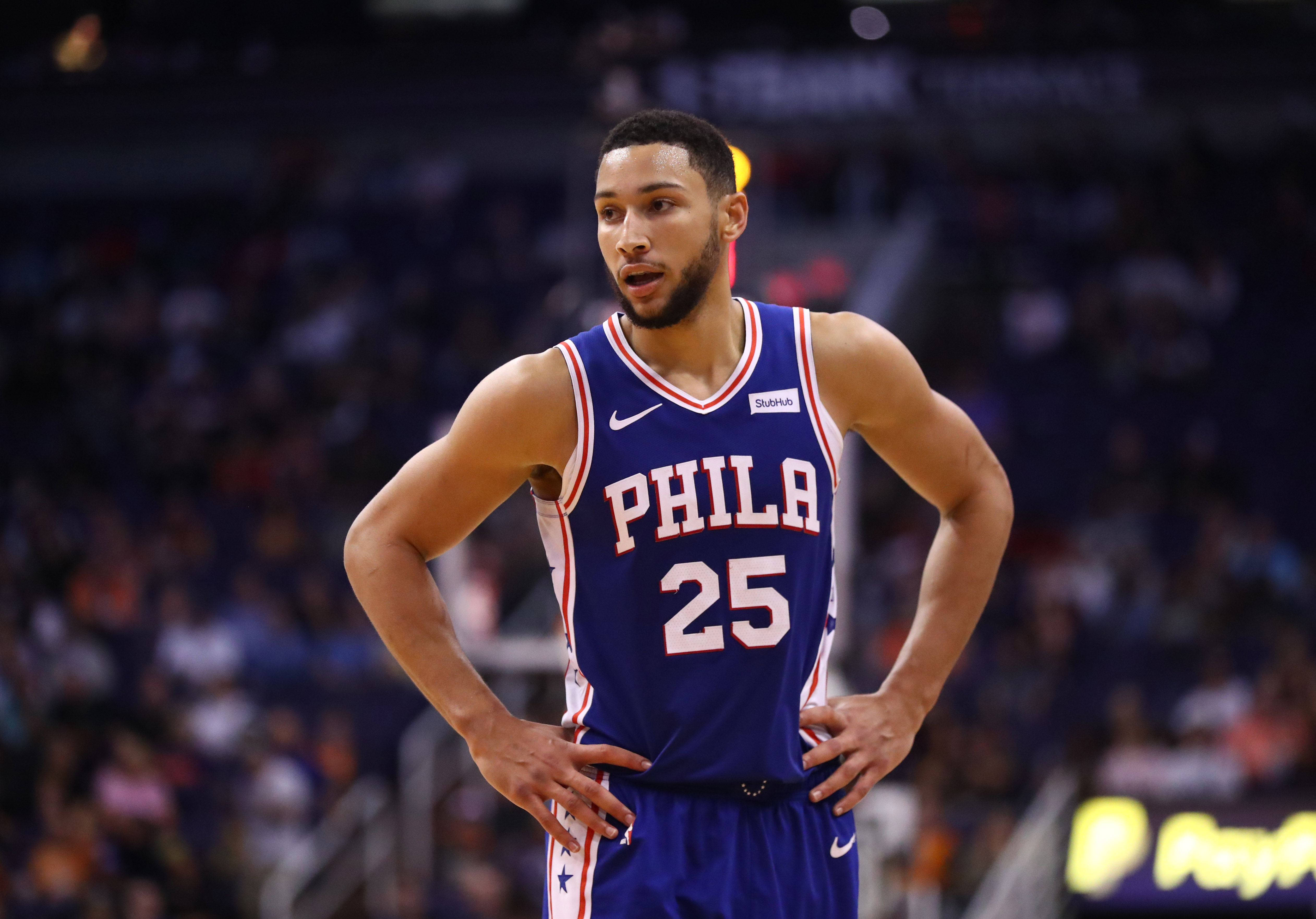 The Philadelphia 76ers finished their first road trip of the season with a record of 1-3. They started the trip undefeated (4-0), but are now 5-3 after suffering a heartbreaking loss to the Denver Nuggets on Friday night.

It was a disappointing end to the road trip, especially since the Sixers were in control for most of the game against Denver heading into the fourth quarter.

Philadelphia had a 21-point lead with 11:01 left in the game. But the Nuggets came roaring back to win it on a crazy broken play, which led to a 20-foot jump shot by All-star center Nikola Jokic to seal the game with 2.2 seconds remaining.

After starting the road trip with a huge game-winning shot by Furkan Korkmaz against the Portland Trail Blazers, the Sixers have dropped three straight games.

All three of their losses have been by five points or less. Coincidentally, the Sixers easily could have gone undefeated on this trip. But little mistakes and bad possessions in crunch time ultimately hurt them.

Should there be cause for concern? The answer would be no. It should be noted that in the NBA, it is an 82-game season, and the Sixers have only played eight games.

Philadelphia is still going to be one of the best teams in the Eastern Conference, so holding off pressing the panic button seems like a reasonable idea.

That being said, the Sixers still played well and there were a few positives to gain from this trip.

In eight games this season, Furkan Korkmaz has played off the charts for the Sixers. During this road trip, it feels like he has really taken his game to a new level.

Aforementioned, Korkmaz hit an amazing game-winning shot against Portland to give the Sixers their only win of the mini four-game road trip.

Furthermore, he shot 3-of-6 from beyond the arc and scored 11 points in that game. In the next three games, Korkmaz shot a combined 9-of-14 from the three-point line.

Overall, he shot 60-percent from distance. If Korkmaz can continue to shoot at a consistent rate, the Sixers may have found that shooter off the bench they have searched for.

2. The bench is contributing

One problem the Sixers have had over the past few years is their inconsistent bench play. However, the reserves have played well for the Sixers through eight games this season.

First-round pick Matisse Thybulle has been a defensive menace this season, which is a tool that head coach Brett Brown has been able to utilize often.

Along with Thybulle, Raul Neto is another player that Brown has liked playing at point off of the bench. The Sixers head coach has praised Neto for how he has run the offense.

Additionally, backup center Kyle O’Quinn has been pretty serviceable on the offensive end too. On Friday night against the Nuggets, he had 11 points on 5-of-6 shooting from the field in eight minutes.

As a whole, the bench scored 32 points, making it one of their best performances this season.

3. The Sixers are stellar defensively, when healthy

Earlier this week, the Sixers lost Ben Simmons to a shoulder sprain, which has kept him out of the last two games. Not being able to have Simmons on the floor will impact the team’s defense tremendously.

However, the Sixers’ defensive statistics are still good, despite them losing three consecutive games and missing Simmons.

Currently, they are ranked eighth in the league in blocks per game (6.0) and tied for the league lead in steals per game (10.6). Thybulle and Josh Richardson have played a large role in helping the Sixers reach those marks.

In the offseason, Sixers general manager Elton Brand put a lot of emphasis on defense by bringing in players who can guard multiple positions on the court.

So far, the Sixers have shown positive signs as to who they can be on the defensive side of the ball, and it most likely will improve as the season rolls along.

The Sixers will return home to the Wells Fargo Center on Sunday night to take on the Charlotte Hornets at 6:00 pm ET.