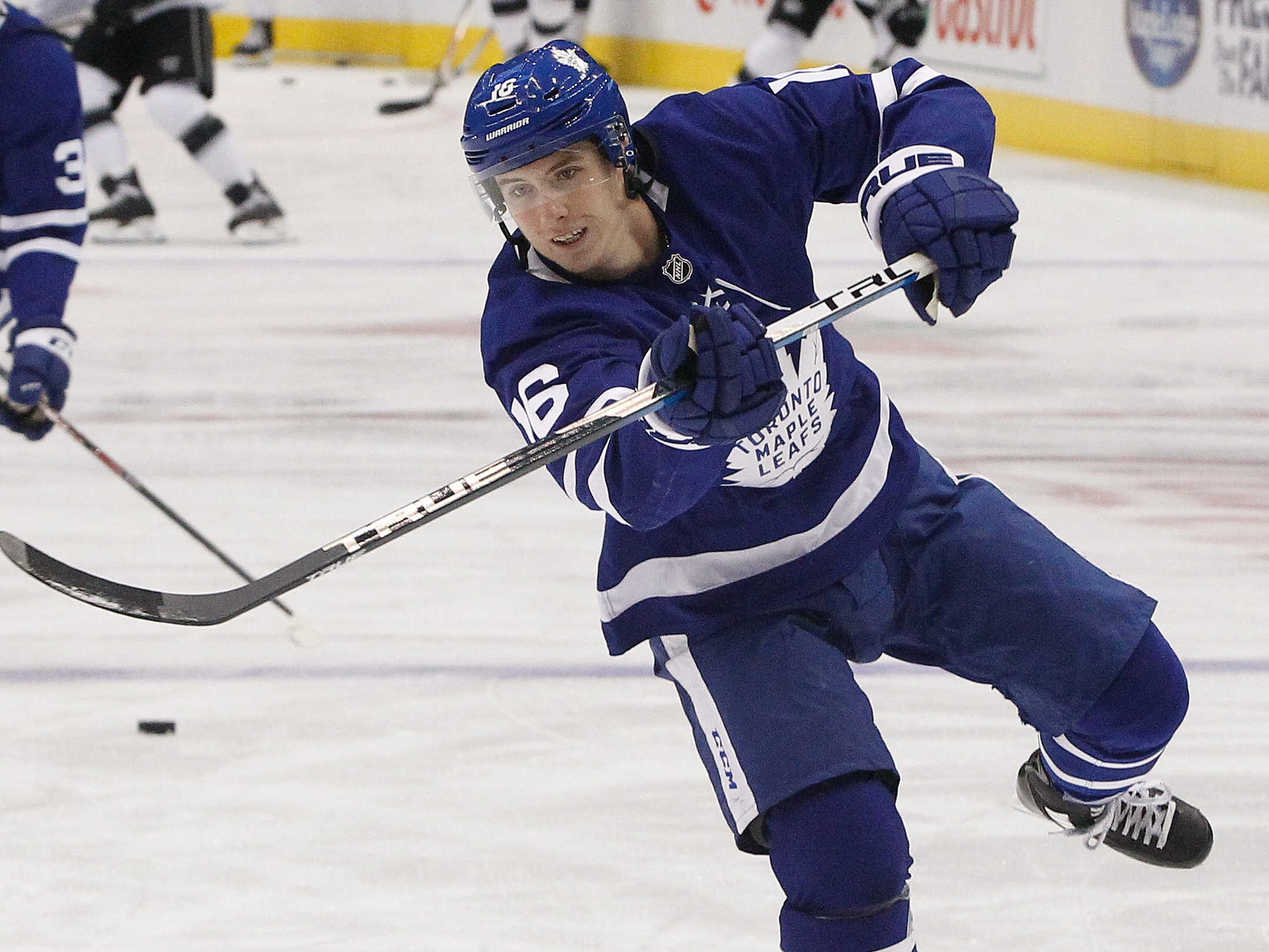 Toronto Maple Leafs  superstar Mitch Marner of Markham, Ontario will be out at least one month due to an ankle injury according to Rogers Sportsnet on Sunday. Marner suffered the injury in the Maple Leafs’ 3-2 shootout loss to the Philadelphia Flyers at the Scotiabank Arena in Toronto on Saturday.

Marner was tripped by Flyers rookie left winger Carsen Twarynski of St. Albert, Alberta near center ice in the second period. Marner got up, but was in significant pain as he was seen hopping on one foot and then sliding on the ice towards the Maple Leafs bench. Here, he grabbed Ilya Mikheyev’s stick and received assistance from Jason Spezza in getting on to Toronto’s bench and the necessary medical attention.

Marner is currently one of two Maple Leafs injured. Left winger Zach Hyman of Toronto, Ontario is also out with a torn anterior cruciate ligament and has not played so far this season.

Marner is currently second on the Maple Leafs in points with 18. He has seven fewer points than Auston Matthews of San Ramon, CA, who leads the Maple Leafs with 25 points. In 18 games, Marner has four goals and 14 assists. He is a -2 with four penalty minutes, seven power play points, one shorthanded point, 49 shots on goal, nine blocked shots, eight hits and four faceoff wins.

Marner, who led the Maple Leafs in scoring with 94 points in 2018-19, signed a six year contract extension with the Maple Leafs on Sept. 13 worth $65.3 million. He is also part of a Maple Leafs franchise where there is immense pressure and expectations to win by the Toronto media and the local fan base. The Maple Leafs have not won the Stanley Cup since 1967.

The Maple Leafs are currently second in the Atlantic Division with 22 points. They have a record of nine wins, six regulation losses and four losses in extra time, and are three points back of the division leading Boston Bruins.