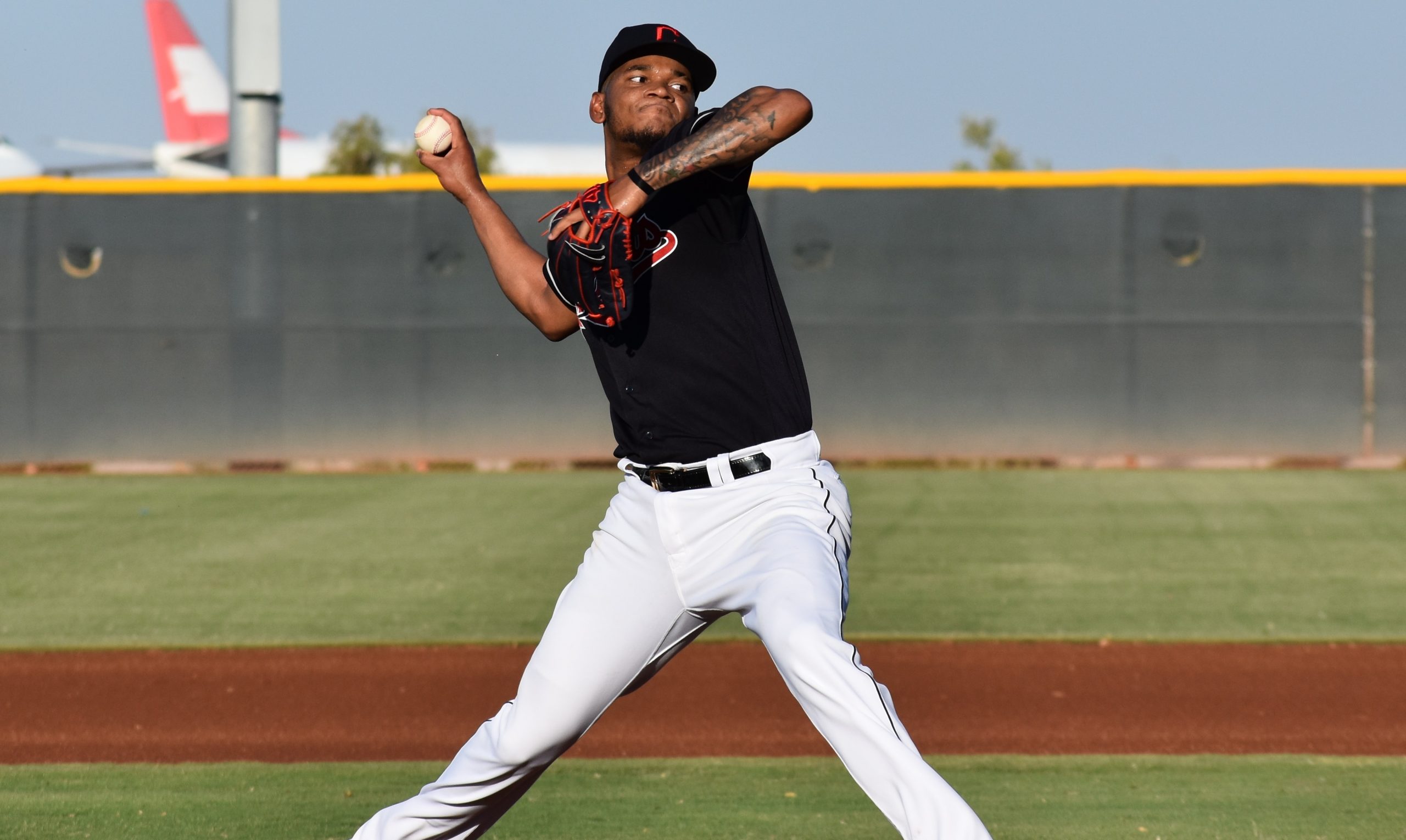 The biggest deal that was supposed to happen in the 2018 off-season didn’t happen until the trade deadline in 2019 when Trevor Bauer was shipped off to Cincinnati, but the Dolans had a win as far as payroll is concerned when Yan Gomes was traded to Washington on November 30th, 2018.

Prior to breaking down the ramifications of that deal over the last year, it’s worth looking at Gomes from the Indians side. When he came to the teal in exchange for reliever Esmil Rogers, it was a huge steal that no one would deny. Then, when he signed a six year deal for $23M with two team options in 2014, it was (and still should be) considered an extremely team friendly deal. Gomes was worth about four wins in each of his first two seasons in Cleveland, then averaged about two wins in his final two seasons there.

However, as with most players, his greatest value came when he was paid the least ($550k for his four win 2014 season) and he had just over $7M guaranteed for 2019 with two options to follow that would cost the Indians at least $1M each, but more likely the $9M he would get in 2020 to use the option. With the benefit of a starting caliber catcher playing back-up at the time in Roberto Perez, the Indians didn’t need to pay for their premium starting catcher.

Gomes heads to the bullpen to warm up the starting pitcher prior to a 2017 Indians MLB spring training game. – Joseph Coblitz, BurningRiverBaseball

Of course, while his offense has slipped a bit in recent seasons, Gomes is still a fantastic defensive catcher and another team would be happy to use his options in 2020 and 2021 while the Indians would likely have had to think about it very seriously. This made the contending, but without a solid catcher Nationals a perfect fit as a trade partner. Of course, things have changed over the last year, and the $9M now seemed too expensive for Washington and they chose the buyout instead.

It’s obvious why the Nats wanted Gomes, but the Indians side of the deal wasn’t as clear after the way they used the players who came over to their side.

This is specifically referring to Daniel Johnson, the 24 year old outfielder. The Indians were looking every where for outfield help last off-season as they needed to replace Michael Brantley and, later on, Bradley Zimmer, so when the deal initially occurred, it appeared Johnson would be part of that. An excellent defender, Johnson played in AA with the Nationals in 2018, then in the fall league, leading to the impression that he would begin 2019 in AAA.

That didn’t happen, however. despite a solid spring training where he hit two home runs, two doubles and a triple in 17 MLB exhibition games. Instead, he was sent to AA Akron where he hit for more power than ever before, but also saw his strike outs increase. Despite struggling a bit compared to previous seasons, he was promoted on May 25th and had a strong end of the season, hitting .306/.371/.496 and playing in the Futures Game.

While he has never been considered a top prospect in baseball, Johnson represents the best Indians outfield prospect above A ball (he was ranked 5th overall in BurningRiverBaseball’s recent Indians prospect rankings) and it was surprising that he didn’t get a September call-up when the Indians really could have used a boost of speed in the outfield.

Most likely, the Indians will have to give in soon, however, and add Johnson to the 40 man roster and give him a real chance in the big leagues. He has great potential defensively and it will be interesting to see how real his increase in power was and how much was related to the change in balls in AAA.

The player who did see MLB time in 2019 from this deal was utility pitcher Jefry Rodriguez. Completely unpredictable injuries absolutely decimated the Indians rotation last year with Corey Kluber breaking his arm on a line drive and Carlos Carrasco being diagnosed with cancer. It didn’t take long for Rodriguez to get the call as he made just one start in AAA before pitching in Cleveland on April 13th. This was just the start of a constant shuttle between the two cities, however, as he went back and forth constantly until finally getting a regular spot in the rotation in May.

It was only a short time later that Rodriguez had his own injury problem, although his was a much more typical strained shoulder. Following a lengthy rehab, he made it back just in time to pitch out of the bullpen for the Indians in September.

Nearly 100 innings into his big league career, we can start to make some judgments on Rodriguez. First, he is almost certain to remain in the bullpen. While he’s pitched more often out of the rotation, he has a 5.68 ERA there compared to a 2.76 mark in the pen. While he struck out more as a starter, he was so much better at keeping runners off the bases in relief that it doesn’t matter much. In addition, being able to pick his spots and avoid lefties (who have slugged .488 so far off him in his career) and focus on righties (.374 SLG) could save him a lot of pain.

With the new three hitter rule for relievers going into effect in 2020, pitchers like Rodriguez who are good against one side and not terrible against the others will have more value than strict platoon arms. Because of this, I fully expect him to be a part of the Indians 2020 bullpen.

Monasterio fields a ball at second during a 2019 AZL Indians game while on rehab assignment. – Joseph Coblitz, BurningRiverBaseball

Finally, there was the PTBNL (player to be named later). Andruw Monasterio was added to the deal in mid-December to complete the transaction. Nowhere near the type of prospect that Johnson is or close to the big leagues like Rodriguez, Monasterio is a bit of a question mark (he was #83 in this year’s rankings).

Originally signed by the Cubs as a 16 year old out of Venezuela in 2013, he was traded to the Nationals at the deadline in 2018 for Daniel Murphy. At that time, he was a pretty consistent, but light, hitter who played a lot of short stop. The Nationals pushed him more towards second and the Indians have continued that trend as he played 47 games at second and just 19 at short in 2019.

Following his first time being traded, Monasterio had the best OBP of his career at .404 in high A. It was a small sample size, but he walked more than he struck out and his stock had never been higher at the time of the Gomes trade.

With Cleveland, however, things looked completely different. Unlike Johnson, he was immediately promoted and played the whole season in Akron when he was healthy. He hit just .211/.272/.246 there and in the AZL (on rehab assignment) in 72 games. Flipping the previous season, he walked just 22 times compared to 58 strike outs.

Monasterio’s future value likely lies in his defense as a potential utility man. He committed just three errors all season, with none coming during his short time at short stop. He’s also played a bit of third in his career, although he spent just 20.1 innings there this year. This versatility could help him break through despite issues with his bat, but it may not be enough to make up the difference.

We’ll have to see how Johnson breaks into the big league before we can really evaluate this trade as far as the teams are concerned, but there are some obvious winners already. Gomes had the opportunity to play in and win the World Series, but will see his potential $9M payout drop to $1M as he enters free agency. Roberto Perez had the huge boost of bumping up to starter and he was excellent there, hitting 24 home runs after having 21 over his previous five seasons. He’s also won his first Gold Glove, something that wouldn’t have been possible had Gomes stayed.

Washington also has to be happy with Gomes’ first season performance as their pitching staff finishing fifth in the league in fWAR (the Indians were sixth). While he didn’t hit well, they had Kurt Suzuki available as the high offense, no defense catcher when necessary. Of course, any team that makes a major trade that helps them win the World Series the following season has to consider that a win. Rodriguez, Johnson and Perez will have to continue performing to make this one a win for the Indians as well.