5 rational thoughts about the Celtics thrilling win over Dallas 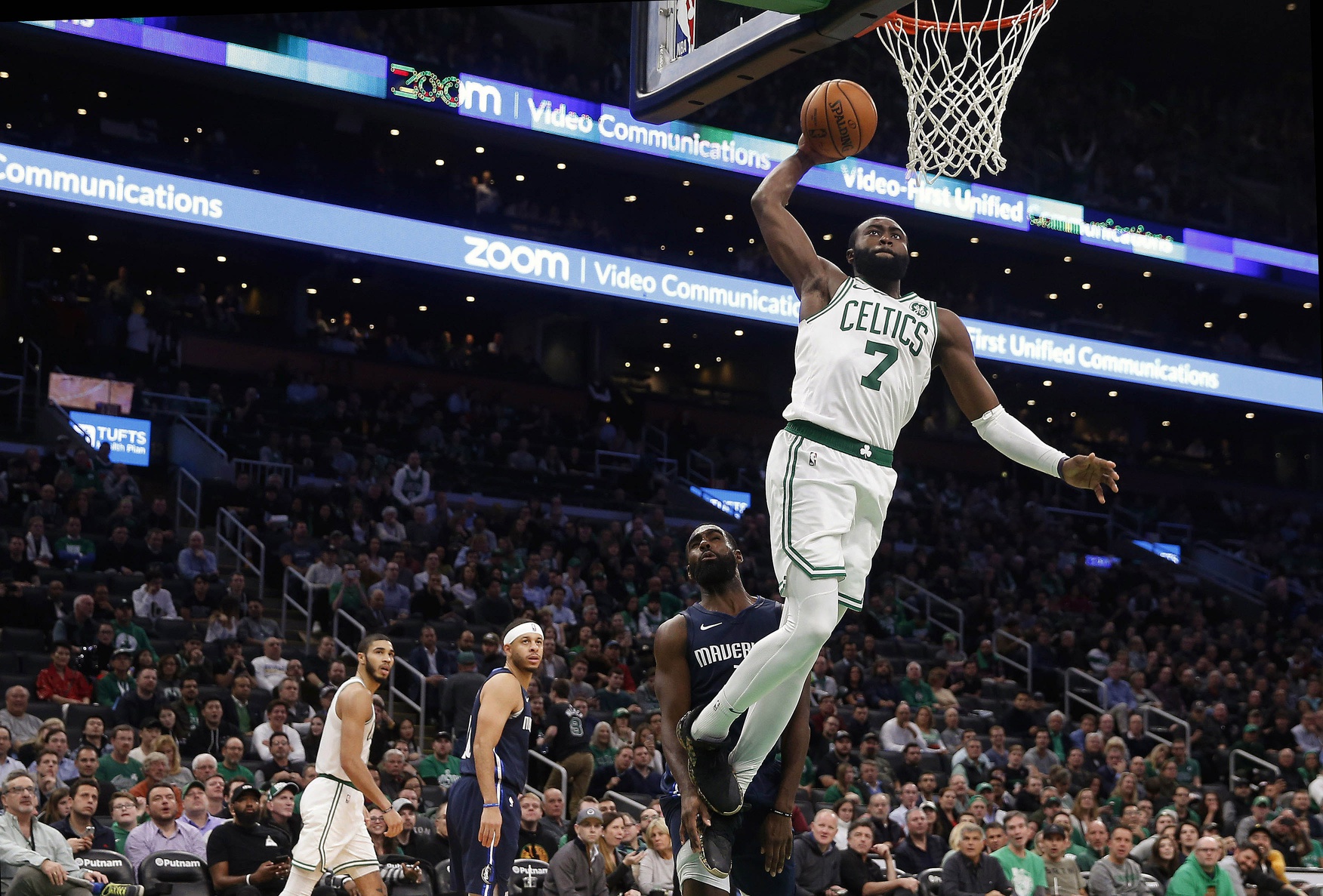 5 rational thoughts about the Celtics thrilling win over Dallas

Last night’s win over Dallas was wildly entertaining. The game was loaded with clutch-shooting, brick-laying, and nut-kicking. Here are my 5 (somewhat) rational thoughts about the win:

1. This is Kemba Walker’s team

The Celtics were in real danger of blowing last night’s game until Kemba checked in midway through the 4th quarter. He promptly blitzed Dallas with 11 points in two minutes. A two-point deficit morphed into a seven-point lead. The game was essentially over. What’s brilliant about Kemba is his ability to flip-the-switch. He transitions almost seamlessly from a complementary player to an absolute monster. He’s really the anti-Kyrie.

Marcus Smart is one of the most unique players in the league. Last night he had 17 points, six dimes and defended well against both Porzingis and Doncić.

They combined for only four points on 1-of-8 shooting (including 0-of-3 from Porzingis) against @smart_MS3. Watch: pic.twitter.com/ygxTsideXh

Rich Jensen dissected Smart’s positioning on bigger players in this morning’s Dump. Marcus literally covers any man, at any time. And you never, ever, ever hear words like, “I don’t like playing the 5,” come out of his mouth. Smart’s playing like a DPOY candidate, but guards rarely get the votes. Gary Payton (95-96) and Michael Jordan (87-88) are the only guards to win it in the last 30 years.

3. Can we permanently stop speculating about Jaylen Brown’s ceiling and value?

Remember when everyone outside of New England and about 20% of Celtics fans questioned Jaylen’s $100+ million contract extension? Brown keeps churning out incredible performances. His 19.8 ppg average ranks 17th among all guards and his 53% FG is 2nd among guards (behind Devin Booker). Oh, his 7.2 rpg is 7th among guards. Whispers: All-Star?

Mama said there’d be days like this. I guarantee you Tatum will never come close to shooting 1-18 FG (6%!) again.

Javonte Green turned the corner on Porzingis for this and-one and Brad Stevens just turned around and raised his eyebrows. Green's athletic burst is undeniably insane. pic.twitter.com/lsjjMOzkw5

I’ve never been one to waste a breath on the 15th man, but Javonte Green is making the most out of his opportunity. He’s averaging 9 ppg over his last three appearances. He’s at least fun to watch.

Last night he kicked Marcus Smart in the groin, hooked Smart with a high elbow, and walloped Daniel Theis in the head.

Replay Review (Game Crew): if the foul committed by Doncic met the criteria for a flagrant foul in Q4 of #DALatBOS. Ruling: Flagrant foul 1 on Doncic. pic.twitter.com/eqa08NC5Bh

The Theis hit was rightfully called a Flagrant 1. The other plays went without a whistle. Doncic has mastered the art of feigning forgiveness after the play, but I’m on to the act. He reminds me a lot of Dwyane Wade.