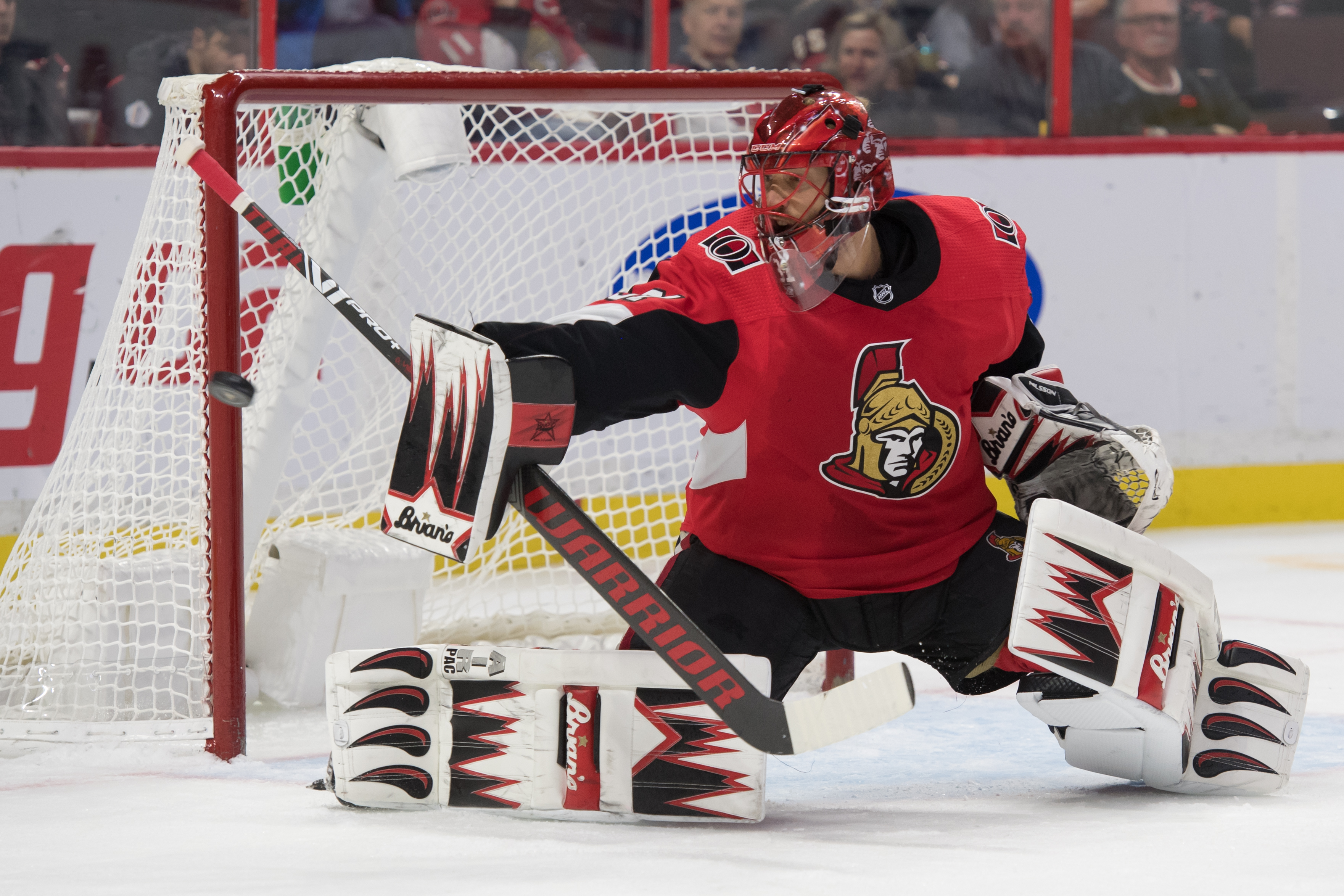 Ottawa Senators goaltender Anders Nilsson of Lulea, Sweden was named the National Hockey League first star of the week for the week from November 4-10, 2019 on Monday. Nilsson played three games and won all three games and only gave up five goals.

Nilsson received the weekly honor even though he did not record a shutout. He had a goals against average of 1.64 and a save percentage of .950.

Nilsson’s first win was a 6-2 win over the New York Rangers at Madison Square Garden in New York on November 4. He made 32 saves on 34 shots.

Nilsson then beat the Los Angeles Kings 3-2 at the Canadian Tire Centre in Ottawa, Ontario on November 7. In this contest, Nilsson made 26 saves on 28 shots as Jean-Gabriel Pageau scored at 3:12 of overtime to break a 2-2 deadlock.

Then on November 9, Nilsson had his most impressive performance of the year. He made 38 saves on 39 shots in a 4-1 Senators win over the Carolina Hurricanes at the Canadian Tire Centre.

On the season, Nilsson has a record of four wins, four regulation losses and one loss in extra time. In nine games, he has a goals against average of 2.98 and a save percentage of .921.

It appears that Nilsson will be the starting goaltender for the Senators for the foreseeable future even though he was in net on Monday night during an 8-2 Hurricanes win over Ottawa in the second game of a back-to-back. Nilsson and Craig Anderson of Park Ridge, IL both saw action and struggled as they gave up four goals each.

It has been a very difficult season for Anderson so far. In 10 games, he has a record of two wins, six losses, a goals against average of 3.49 and a save percentage of .891.

The Senators are currently in seventh place in the Atlantic Division. They have a record of six wins, 10 regulation losses and one loss in extra time for 13 points.