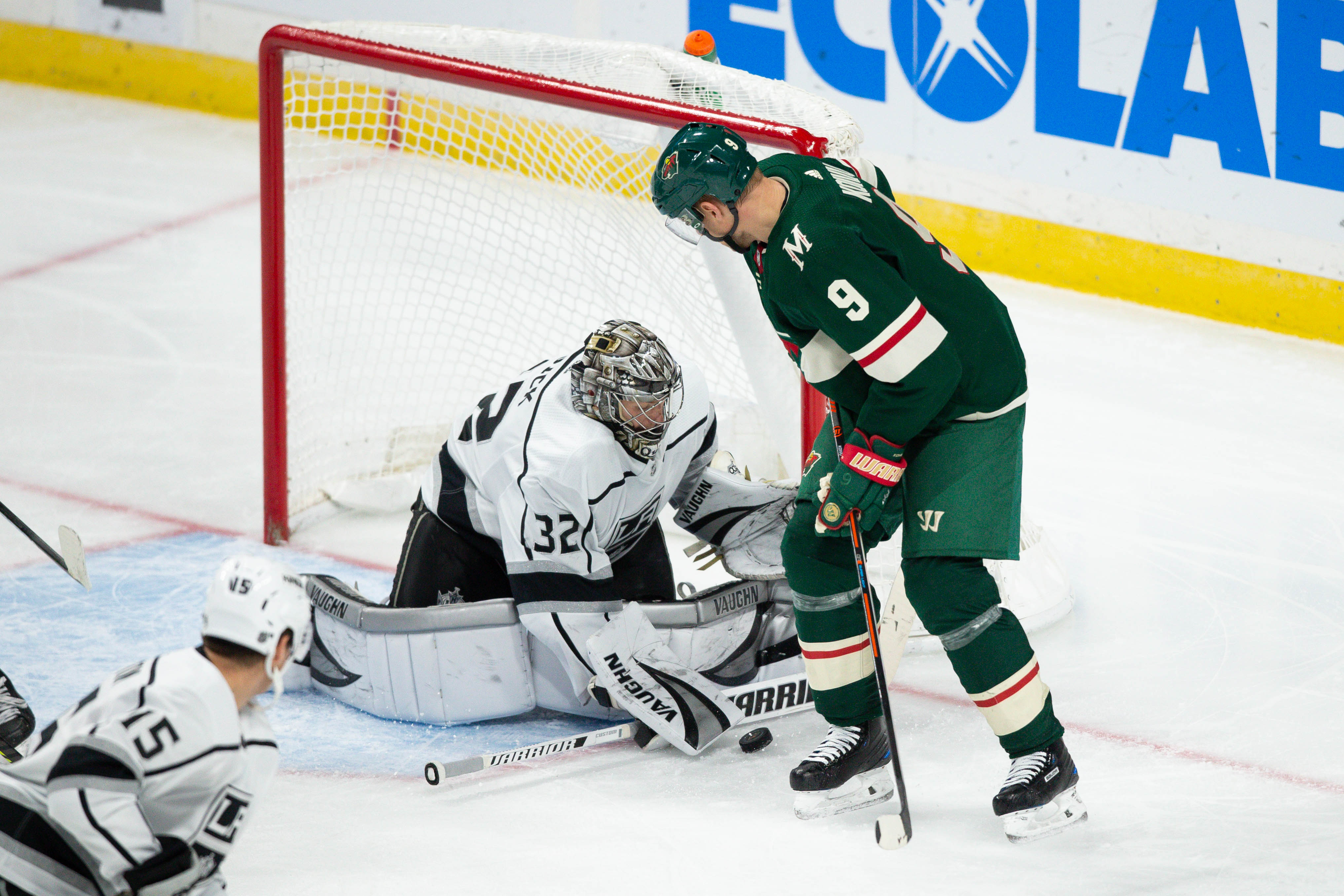 How are your sleep patterns doing these days? It’s road trips like these that will for sure make you feel a bit zombie-like for a while. It would be one thing if it was just the one random late start, but when it feels like night after night of late starts, it starts to throw everything off. It would be one thing if it was just the late starts, but as I mentioned in another preview last week, but I’ve also been dealing with a heck of a head cold and soar throat. Thankfully, I’m starting to fee much, much better. I pity you if you come down with this bit of nastiness that is going around, because it will feel like it never goes away. If you do get it, promise me that you don’t stay up late for any hockey game. Trust me, the need for sleep is far important than any game. Heck, even forcing yourself to stay up for a 7pm start time in Saint Paul is pushing it when you’re sick. Thankfully though, this is the last of the late starts for a bit, well at least for a couple in December.

For the Los Angeles Kings, they are having a season much like the Minnesota Wild. Both are sitting in last place in their respective divisions, which is not where either team or their fans want to be. Both teams are sitting near the bottom of the league when it comes to goals per game and goals against per league. Again, something that neither team can afford. Now, it would be one thing if at least one of those categories was near the top of the league, but that is not the case. As Wild fans, we’ve become accustomed to having a low goals per game, but as long as the goals agains per game was near the top, it meant that the team was competitive and stood a better chance of pulling off a win. But when both are horrible, it’s much harder to be able to get the win. And again, both teams are near the bottom in both of those stat categories, so this one can easily be a toss up.

One thing about both teams, there are a lot of familiar faces. Now for some teams, familiar faces can create stability and be used to build on chemistry and hopefully offense. Yet at the same time, when you see the same faces year after year after year, you have to wonder if they will ever break out of the rut they’ve put themselves in. Looking at the Kings’ top five scorers, I see nothing but names that I’ve seen for many of the past seasons. Sure, Ilya Kovalchuk is newer to this particular list in Los Angeles, but he is an “older” name in the National Hockey League. Then when you look at the numbers for this same ol’ top five, you just have to shake your head. Like Minnesota, the brass in Los Angeles have their hands tied. Of their top five scorers, the only player that doesn’t have some sort of no-trade/no-movement clause on their contract is Tyler Tofoli. To make matters worse, Anze Kopitar has five years remaining on his contract and Drew Doughty has eight years remaining on his. So the brass with either have to convince some of these players to waive their clauses or buy them out like they did with Dion Phaneuf. It’s nice to know that there are other teams out there who are just as handcuffed with long term contracts.

I also never thought I would see goaltending numbers that would make me happy to have Devan Dubnyk and Alex Stalock. The crazy part is the 4.27GAA that Jonathan Quick is sporting this season. This is a number that I wouldn’t expect from Quick, however that number only tells part of the story. Remember I mentioned the less than spectacular goals against per game that the Kings have this season? Well it’s not just this season. This is a trend that carried over from last season as well. When overall team defense is lackluster, the goaltenders are greatly effected as well. As much as I get frustrated watching the Wild’s goaltenders every game, I think it would be harder to watch the Kings’ goaltenders, especially Quick.

I can’t guarantee how long I’ll stay up for this one. At least this one is being broadcast on Fox Sports-Wisconsin, unlike Saturday’s game. But if things appear to go pear shaped, I’ll probably say “I don’t care to watch either of these mediocre teams and I need my sleep.” Of course knowing my luck, it will be like a repeat of the San Jose game.