It Is Not Quite Time for the Cubs to Move On 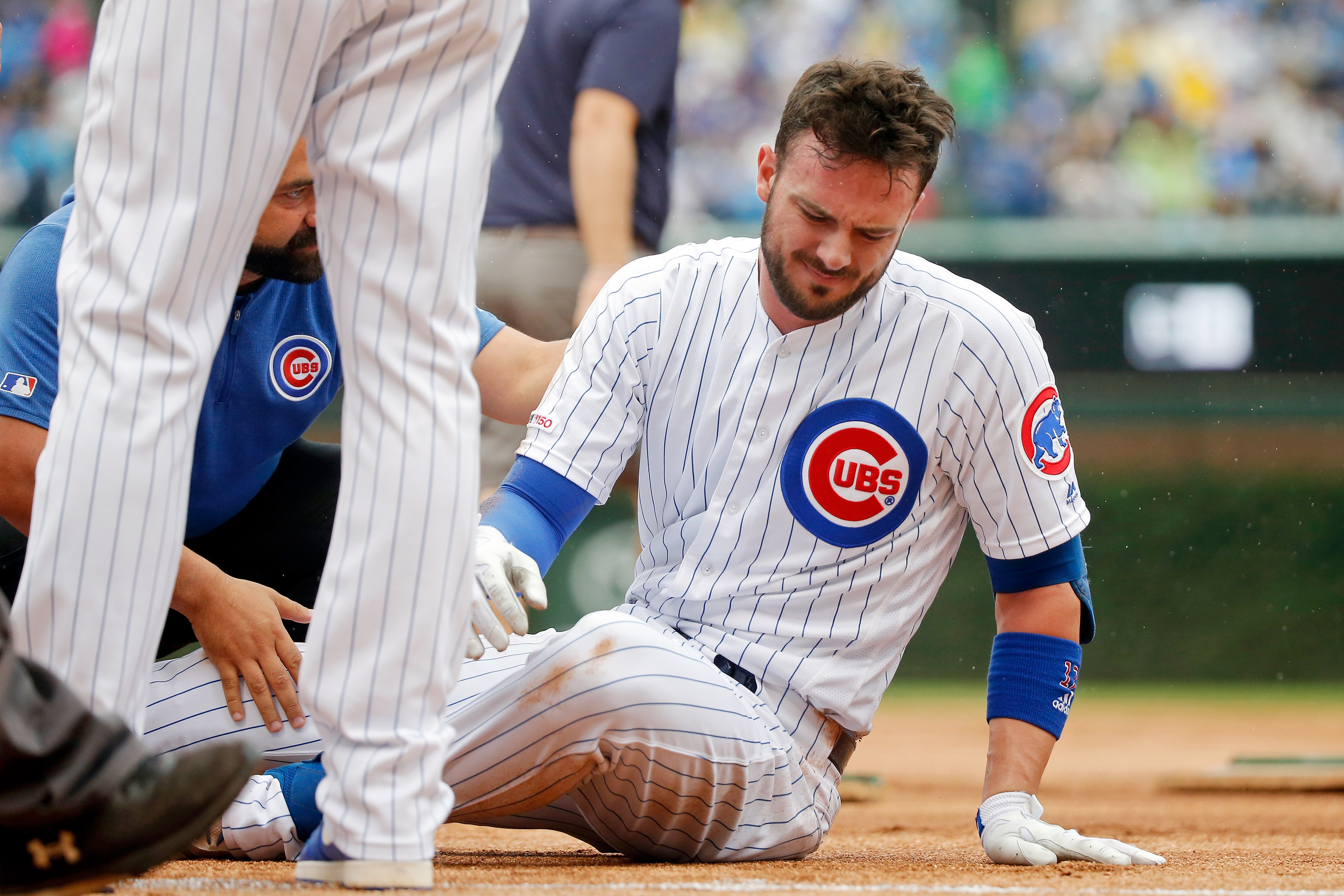 It Is Not Quite Time for the Cubs to Move On

In the middle of this latest September, Cubs’ president of baseball operations Theo Epstein admitted that he was unhappy with the team he had been running. “Honestly, we’ve been essentially a .500 team for months now” was not the expected quote from Epstein when the Cubs made it a point of emphasis to prove the PECOTA 2019 season projection of 80-82 to be wrong in Spring Training. It was not expected following the acquisition of top free agent Yu Darvish and the first full season of top trade target Jose Quintana following a third consecutive NLCS appearance. But it probably should have been.

This steady decline has been in the works ever since their World Series championship in 2016. While in 2018, Chicago had won 95 games, they were stopped at the Wild Card game, and they needed unexpected big performances from David Bote and Cole Hamels to get there. As noted earlier, projection systems were not so kind to the Joe Maddon-led team entering 2019. They did not have a strong bullpen (10th in NL in xFIP in 2018) and did not make any upgrades to it until mid-season when they acquired Craig Kimbrel (and he did not help). The starting rotation was filled with older, declining arms such as Jon Lester and Cole Hamels, as well as Darvish, who has struggled to stay healthy over his Cubs tenure. Kyle Hendriks and Jose Quintana are both also closer to worrying about being past their prime rather than dreaming of a breakout season. The lack of depth in the starting rotation forced the Cubs to rely on those arms, or else they would have it way worse. While the position players were strong, Willson Contreras has consistently been rated as one of the weakest framers in baseball, Addison Russell missed many games due to suspension (and arguably does not belong on the team now), and they should have never expected any offense to come from the center field position. The Cubs came into the season with plenty of holes but did not do enough to try and patch them. Instead, they attempted to rely on their star players, none of whom were close enough to MVP candidacy to make a difference.

So the season ended in disappointment, at 84-78, watching two division rivals make the postseason. Joe Maddon went to the Angels to manage, the team had a lack of progression to cheer about, outside of trading for rental Nicholas Castellanos and some positive notes from Yu Darvish. Hamels, Castellanos, and top reliever Steve Cishek are no longer a part of the team. Nico Hoerner was the most exciting rookie but had only played in Septemeber. As soon as the season ended, it was clear that the offseason would be interesting.

Epstein was very public about his disappointment. The question was how would he respond? For starters, he had already hired David Ross as the team’s new manager. But that can only change so much. There is a strong belief that Ross will handle the pitchers well and could help them, as well as Contreras, develop, but even then a manager only has so much impact. What else do they need to do this offseason, though?

For starters, the Cubs cannot only keep the status quo. While their 2nd and 3rd order win% was better than their actual win% (.541 and .543, respectively), it still would have not been enough to win a strong division even if luck did not side against them. While some natural bounceback could happen, aging of an already older team will only cancel that out. As of now, the Cubs have a projected 2020 WAR of 40.5 according to Fangraphs’ Depth Charts. While that puts them first in the NL Central, it also puts them 9th in the MLB, not very strong for a team looking for another World Series.

Considering Epstein’s comments, the replacement of a manager, and the rumors surrounding the Cubs so far this November, it seems like the Cubs see this as a sign that their window has closed. It now seems likely that the face of the franchise Kris Bryant will be shopped. Willson Contreras, Jose Quintana, and Kyle Schwarber have been often included in trade rumors. All of these rumors are prevalent despite the fact that all of the mentioned names are under team control past the 2020 season, so there would be no rush to offload them.

Any moves more focused on the future rather than 2020 will probably be justified by saying it would not be possible for the Cubs to do better in 2020. While they are obviously a big market team, hitting the luxury tax threshold in 2019 makes it unlikely that the Cubs will be looking to spend even more in free agency to fix their deficiencies. Their farm system is also on the weaker side as a result of recent contention. They only have 2 top 100 prospects according to MLB Pipeline and the 20th best system according to Fangraphs.

So do they need to trade Bryant, Contreras, Schwarber, and Quintana as a result? Should they also look to move Anthony Rizzo and Javier Baez? It would certainly be a large teardown. The Braves are the best example of a team going through a fire sale despite having a postseason-level core of players. They went through bad years from 2014-2017, but are now seeing the benefits. But they needed more than just trades to make it to where they are. Without good value drafting and development, it seems unlikely that their big rebuild would have resulted in what it actually did.

Any trades would not be supplementing an already strong farm system, so a rebuild would not be quick and may not result in a future super-team. The Cubs also will not even be able to dump off all of their contracts and veteran players. If they commit to 2025 rather than 2020, that still leaves players such as Jason Heyward, Jon Lester, Yu Darvish, and Craig Kimbrel. It is also fair to question if they could even receive fair value for their top players. There do not appear to be many teams able to and willing to trade multiple top prospects for one star. The Padres are reportedly willing to, but they do not really have a spot for a player such as Kris Bryant that would make such a trade sensible. The goal is always to win a World Series, and to be a World Series contender, you should decide to either go for it all now or go all-in for a rebuild. Considering the current state of prospects and contracts currently attached to veterans, the Cubs don’t truly have the ability to go for an all-in rebuild that makes them comfortable for contention in 4 or 5 years. All of this together, and even if the Cubs decide to give up on what they currently have, a firesale may not be the best choice.

Trading away stars does not make a lot of sense to the Cubs, how about going for it all now? As noted previously, the Cubs may be capping themselves under the luxury tax threshold after hitting it this past season. While the owner can afford to push them over the tax and make them an even better team, but for the sake of evaluating what the front office should do, let’s just assume they only have up to the tax to spend. That gives them about $8 million to add to the payroll. Additionally, while their farm system is not particularly strong, if they focus on more rentals (with only so much control of their core, this makes sense), they can patch some holes through trades.

However the Cubs do decide to put themselves back in the NL Central driver’s seat this upcoming season, it likely won’t make them the World Series favorites on Opening Day. What makes a difference in going for it now, though, is that it is easier to find cheap free agents or breakout players that are average than it is to turn prospects into perennial All-Stars. You will need both to win a World Series, and the Cubs already have the perennial All-Stars. Kris Bryant and Javier Baez could win MVP. Anthony Rizzo, Kyle Schwarber, Willson Contreras, Kyle Hendriks, and Yu Darvish all seem like stars in their peak. Most rebuilds do not result in the type of core the Cubs have to build around right now, so what Theo Epstein and the rest of the Cubs’ front office needs to do is to take advantage of the opportunity, even if they are no longer the superteam of 3 years ago.