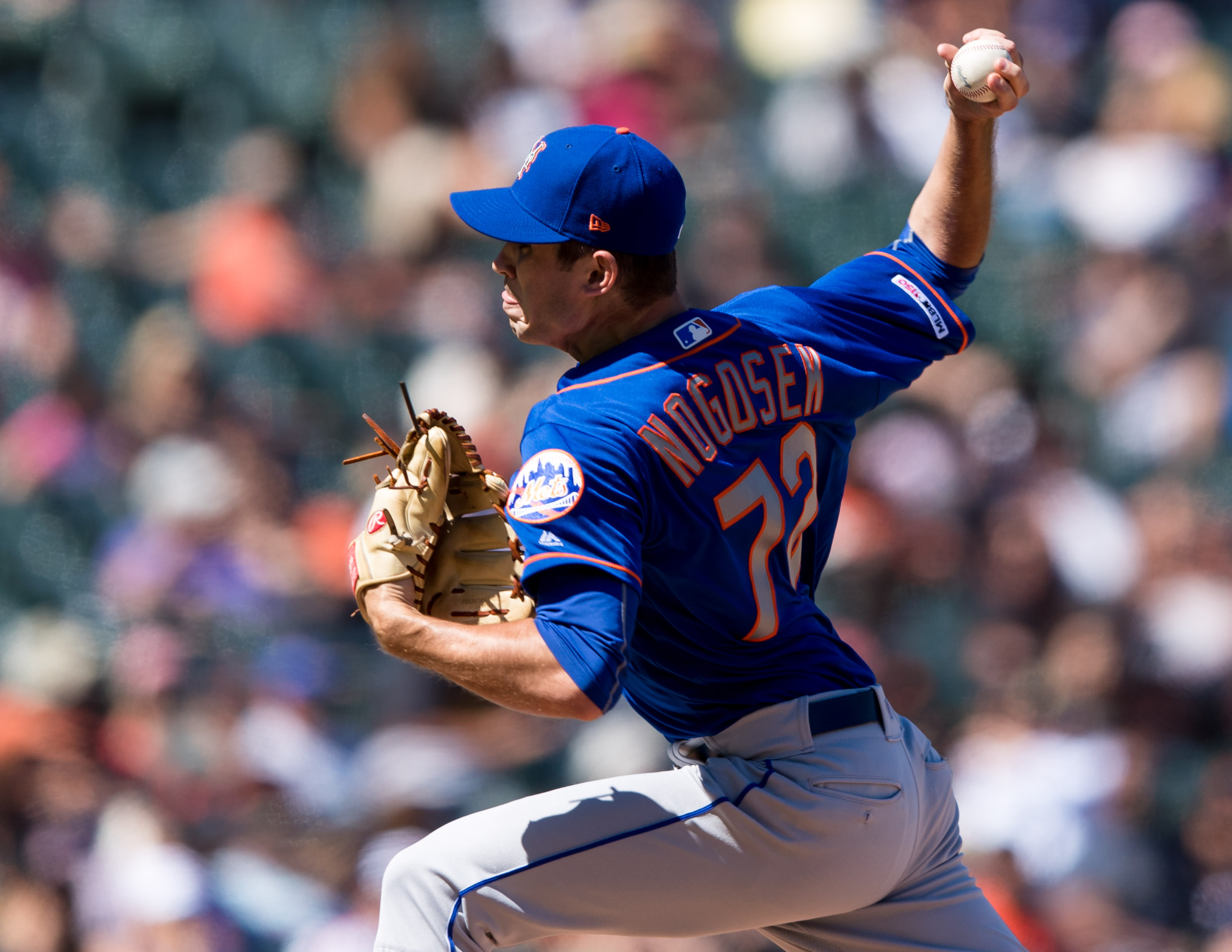 Now that the 2019 season is over for the New York Mets, we have been looking back at the year that was. After taking a more general view of the offense, pitching, and coaching staff, it’s time to take a deeper dive into the Mets’ players. This series will take a look at every player on the roster for the Mets at the end of season from A (Pete Alonso) to Z (Daniel Zamora). The review will look at their season statistics, stories, and what role (if any) they will have next season. We continue the series today with a look at relief pitcher Steven Nogosek.

Story: The last remaining piece of the Addison Reed trade, Stephen Nogosek continued to develop for the Mets in the minor leagues. A strong start with AA Binghamton earned Nogosek a promotion to AAA Syracuse, where he continued to dominate. The Mets took notice and brought Nogosek up to the majors in June, which made sense since they needed help in their bullpen. Nogosek didn’t do much at the major league level, riding the Syracuse shuttle a few times as big league hitters whacked him to the tune of a .367 batting average against.

Nogosek did a great job to pitch his way to the major leagues, but he simply didn’t produce when he was called upon.

The Mets need plenty of bullpen help next season, so Nogosek will get a chance to prove he’s a part of the solution in spring training. Even if Nogosek doesn’t win a job in camp, he should end up in Flushing at some point as a result of the natural volatility of big league bullpens.

Check back tomorrow as our Player Review Series continues with a look at starting pitcher Corey Oswalt!