Russell Wilson, Richard Sherman prove there's no beef between them after game 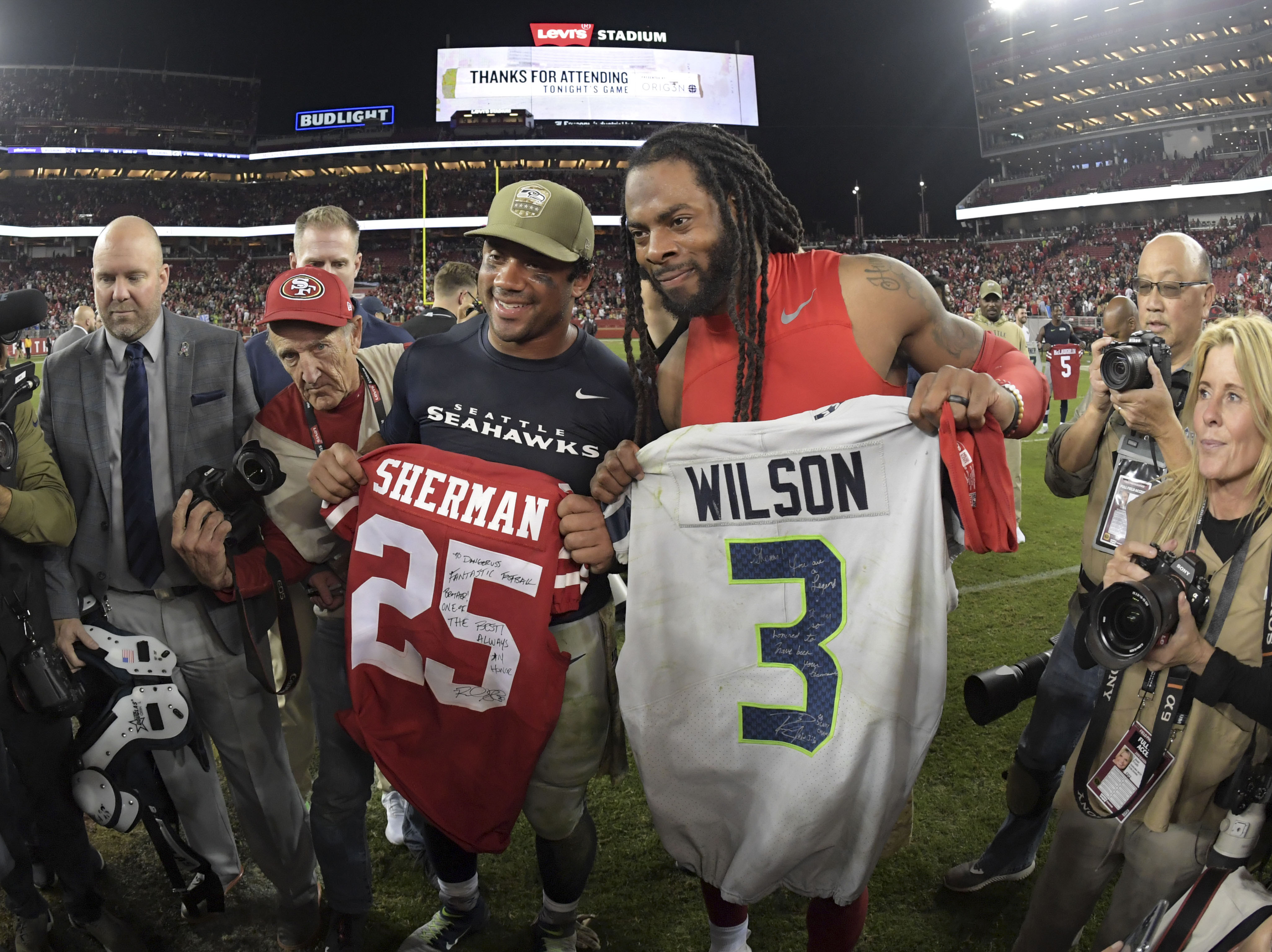 Russell Wilson, Richard Sherman prove there's no beef between them after game

There have been a lot of whispers circulating about a rumored rift between Seahawks quarterback Russell Wilson and 49ers cornerback Richard Sherman, dating back to their time in Seattle.

It’s even been said that that supposed beef was a reason why Sherman ended up signing in San Francisco — with Seattle’s biggest division rival.

But the two did a great job of putting that rumor to rest on the field after Monday’s game was over, swapping jerseys and some words as well — all smiles.

I hope someone manages to get a photo of Wilson and Sherman exchanging jerseys. pic.twitter.com/EfGGaWeL0F

The two may not be as close as they were when they swapped this photo, but they’re still at peace with each other.

Never forget, Sherman needs to get a pick off Wilson pic.twitter.com/LxS0KJ0b6S

Where there’s smoke, there’s fire. Sure, the two may have had some disagreements dating back to their time as teammates, but that happens on every team. Look what happened between Antonio Brown and Ben Roethlisberger. Not everyone gets along, but at the end of the day, it’s just business, as these two proved.