Magic have expressed interest in trading for DeMar DeRozan 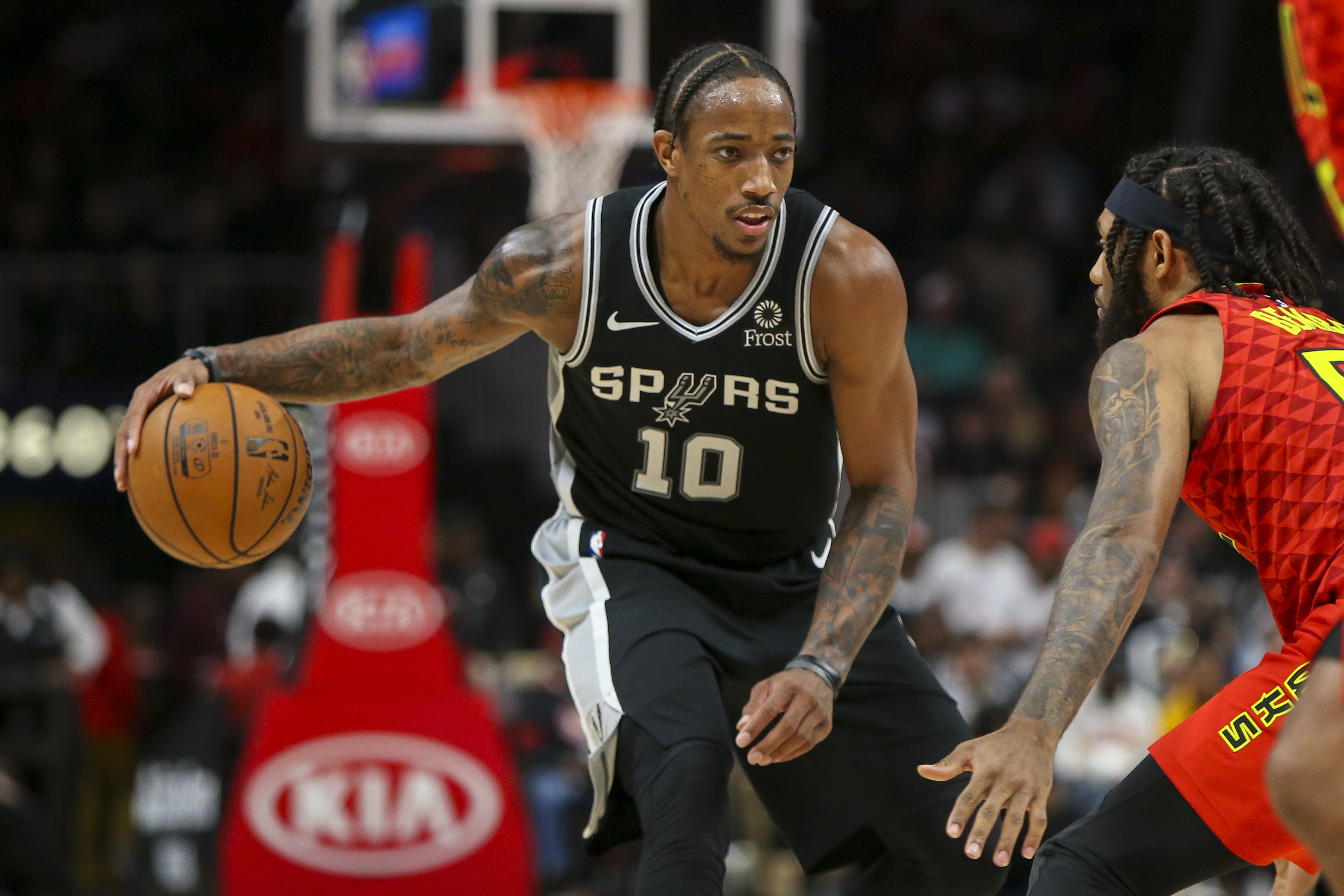 Magic have expressed interest in trading for DeMar DeRozan

Coming off a season in which they snapped a six-year playoff drought, the Magic have stumbled out of the gate to start the season by losing seven of their first 10 games, and a lack of offense appears to be a big reason why.

Orlando is one of just two teams currently averaging less than 100 points per game. Nikola Vucevic, Terrence Ross and Al-Farouq Aminu, who the team heavily invested in during free agency, have all struggled offensively. Ross and Aminu, in particular, have been especially bad shooting the basketball with field-goal percentages in the 30s through the first 10 games.

That said, one solution to Orlando’s offensive woes would be to make a trade, and it appears the Magic have their sights set on San Antonio’s DeMar DeRozan. According to The Ringer’s Kevin O’Connor, the Magic are “scouring the trade market for scoring help,” and they’ve apparently expressed interest in trading for DeRozan. As O’Connor points out, the Spurs might be inclined to trade the veteran forward since he can become a free agent in 2020.

DeRozan is currently averaging 19.4 points on 49.3 percent shooting. He has consistently averaged at least 20 points per game the past six seasons.

It’s still somewhat early in the season to be talking trades, but this is definitely something to keep an eye on as we get close to the trade deadline. DeRozan was a dominant scorer in Toronto with the Raptors a few years back, and he’s had his moments in San Antonio.