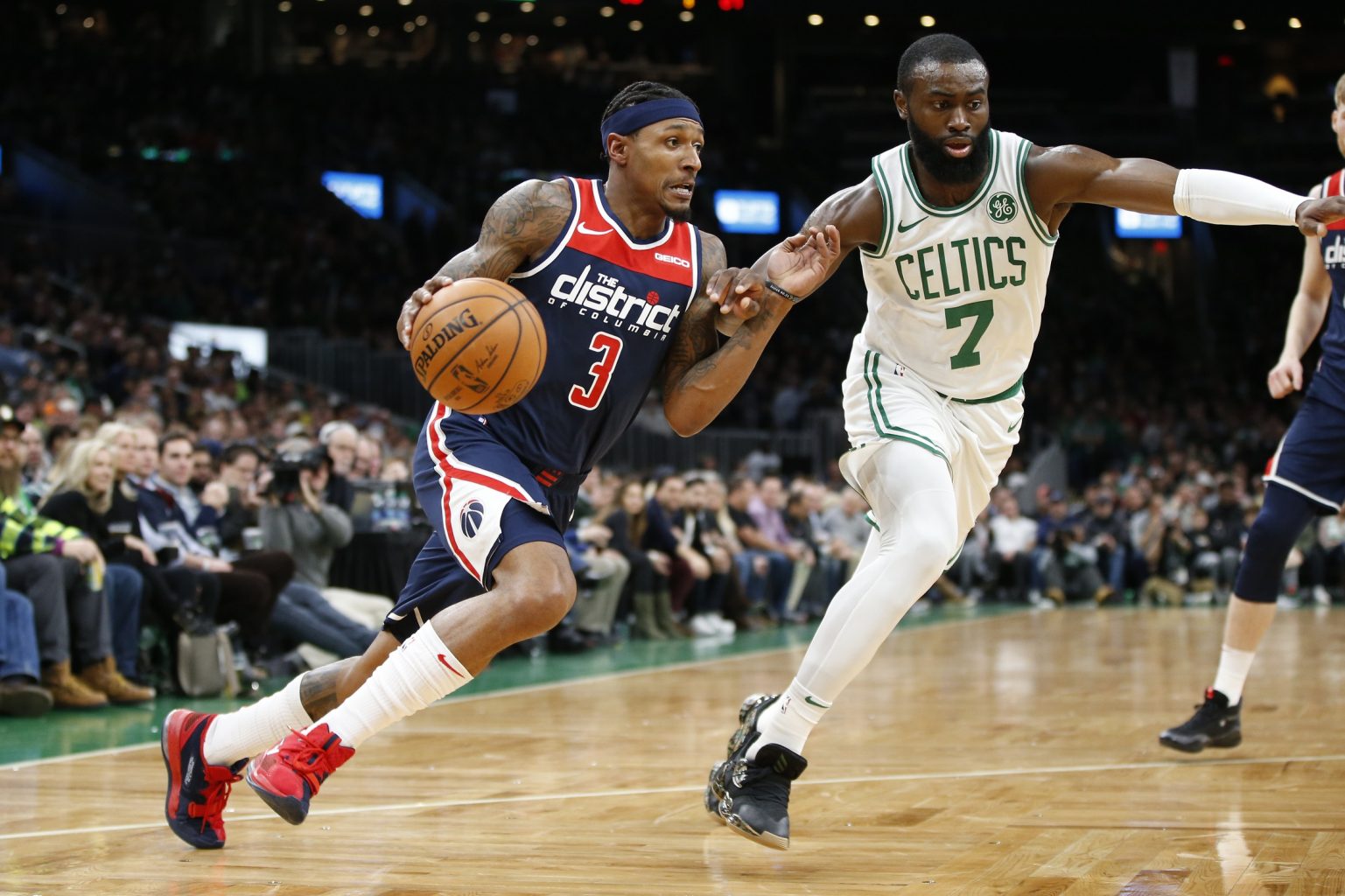 That was a nearly defense-free game, and never looked like something that’d become the latest W in a 9-game win streak until the Celtics finally pulled away with a 140-133 victory.

Seven (!) Boston players scored in double figures, with Kemba Walker (25-5-5-1-1), Jayson Tatum (23-3-4) and Jaylen Brown (22-5-4-1) leading the charge. And Carsen Edwards, he of the sizable thighs with which Weird Celtics Twitter is so enamored, finally had the outsized scoring performance many expected: 18-4-3-1, including 4 of 5 made triples.

Given his numbers and the team's record, I'm surprised we haven't been hearing more Kemba is a sleeper MVP chatter

Plus a Cool Highlight:

Kemba weaves through traffic for the and one 💪 pic.twitter.com/ft5E8547BP

…before progressing to some Truly Uncool Shit. The first quarter was a lot of sloppy basketball for all involved.

Is there some new rule that Jayson and Jaylen can't both shoot well in the same game?

Celtics defense is really out of sorts right now. Not only are they not defending the rim, but helpers are wayyyy out of position and they're leaving Wizards wide open for 3

Part of the problem was at center, where Enes Kanter drew his first start since opening night:

Despite defensive lapses and frisky play by Washington, the frame ended 34-34 on a nifty and-one play by Jayson Tatum. And then the shenanigans resumed immediately on a questionable foul call:

Which messed with Boston’s mojo for a while. Anytime you’re letting Jordan McRae blow past you for layups (one of those obscure players I like to refer to as Persons Who Supposedly Exist), things ain’t going so hot.

Celtics Twitter also aligned in opposition to Mo Wagner, who was a Laker and thus is automatically distrusted; also he seems very uncool regardless:

i do not like the Cut of his Jib and wagner is my least favorite classical composer, so it's like a double whammy of suck https://t.co/ND3zbLQYTh

there's a thin line between love and hate https://t.co/larOuYJ9DN

"KNOCK HIM DOWN AND STEP ON HIS CHEST"

SO THIS WAS JUICY when Wagner tried some smackaround stuff on Brad Wanamaker:

Stevens wins the challenge. Wagner has a foot on the circle, so it's a blocking foul

The teams played ping-pong with the score for minutes, until Marcus Smart decided he was Tired Of That and went on a tear to re-establish a lead:

Sharpshooter Marcus Smart. That’s what I’m calling him from now on.

Smart with 4 threes for the third straight game. 👀

The Wizards kept punching against poor Celtics defense: Bradley Beal, confirmed by sources as Very Good and possibly Great, and a certain Little Guy racked up a nice last-second triple to narrow it to 68-66 Boston entering the half.

IT for 3⃣, plus a love tap for Marcus 🤣 pic.twitter.com/yCWsF90RSR

The worm began turning in the third quarter because the other Celtics saw what Marcus had done and were like, “Hey, why not us,” thereupon deciding to make ALL of the shots:

(Yes, I know this team is kinda top-heavy; thanks for reminding me.) Washington would just not go away despite at times being down double digits, and it was 102-96 Boston going into the final 12 minutes.

JT with the euro step 🔥 pic.twitter.com/scE7aSkqMm

Tommy’s response to that Tatum eurostep on Wagner? “FROM GERMANY TA SPAIN IN ONE FELL SWOOP!!”

Not everything was good:

Kanter cannot defend lol why do we have to do this

There is nothing more automatic as a scorer as taking it to Kanter in the post and scoring over him.

While not the specific nail in the coffin—the Cs were well aware defense wasn’t clicking, and stopped trying, which meant the Wizards were never really down for the count—that serves as a good closing note, especially considering how Brown’s night started slow and ended at lightspeed.