Your Morning Dump...Where Javonte Green has officially crashed the party 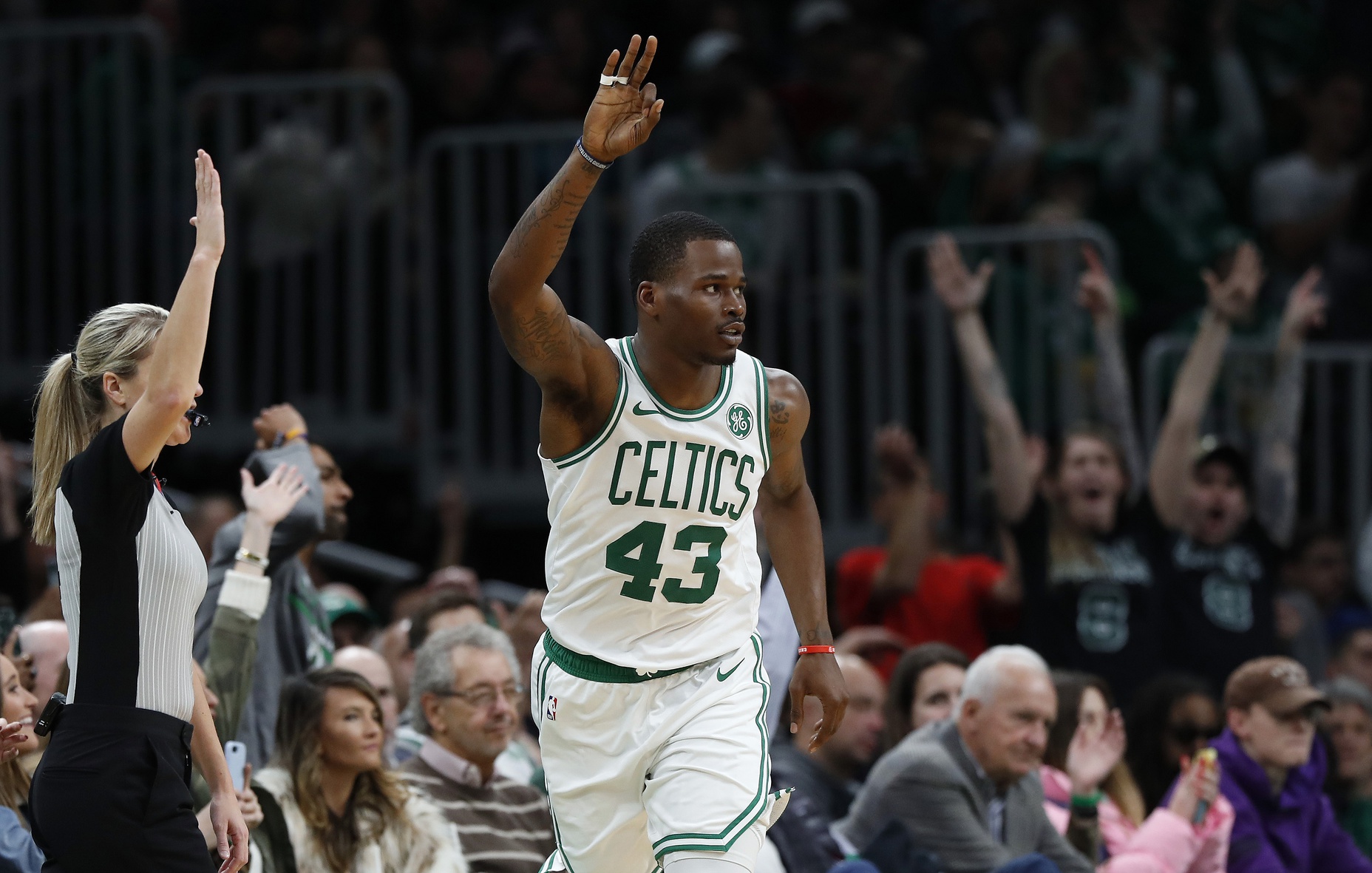 Your Morning Dump...Where Javonte Green has officially crashed the party

Javonte Green is a 26-year-old basketball nomad, and his winding journey appeared to crest when he earned the Celtics’ final roster spot last month…

My job wasn’t done getting the 15th spot,” Green said Monday night. “That’s just the beginning. Even though you work hard to get to the NBA, that wasn’t my goal. My goal was to play and make a name for myself here at the highest level. I need to maintain the focus that I had working my tail off to get here.”

While the main story from Sunday’s thrilling 116-106 victory over the Mavericks was Kemba Walker’s white hot touch from downtown, another man made his mark.

Javonte Green isn’t somebody most casual NBA fans know of, but let me be the bearer of the news, they should, cause this man can hoop. The journeyman vaulted himself all the way up the ladder after showing out in Summer League, and now, he’s added even more horsepower to Brad Stevens’ engine.

He brings a sort of energy and aura that the Celtics haven’t had in years off of the bench. While the NBA Jam-esque slams are what makes the highlight reels, it’s his relentless attitude and refusal to give an inch that make him special. He’s a dog, and this team cant get enough dogs.

In his last 3 games he’s averaged 9 PPG on 54.5% shooting from the floor in 13.2 MPG as his role has increased. He’s been everywhere on both ends and his play has caught the eye of another high flyer, Jaylen Brown.

“Yeah, it is kind of crazy, because he’s nice,” Brown said, referring to Green’s skills. “First step, he’s a good player, he really is. He’s going to be big for us this year. I’m looking forward to seeing him on the court, because he brings an excitement to this team that we haven’t had. We have a lot of athleticism that we haven’t had in the years I’ve been here.”

Green’s been another pleasant surprise this season in what has become a common theme with this team. They’ve just been able to grind out wins anyway they can in a fashion we didn’t see last season while getting contributions from different guys every night. It’ll be intriguing to see how Green’s role develops over the season, especially with Gordon Hayward on the shelf for 6 weeks. One thing is for certain, he won’t be receiving DNP-Coach’s Decisions anymore, this man has arrived, and might even steal Boston’s heart.

It’s about the time where we can say this with confidence: The Celtics are FUN, loads of it. Now to channel a little juju from NBA Jam in honor of Green’s pyrotechnics and flair for the theatric.

Page 2: Where IT is still doing everything he can for the city of Boston

“I had to show my support.”

Isaiah Thomas, now of the Washington Wizards and in Boston to face the Celtics on Wednesday night, walked into Kings Bowl in the Back Bay of Boston ready to take on those Celtics a night early.

On this Tuesday, the only ball Thomas was picking up was a bowling ball to help raise money for Marcus Smart’s “Young Game Changer” foundation…

“It is a brotherhood,” he said. “You’ve built that bond with them, so like with the coaching staff and the team that I had for the three years I was here, we’ll be friends forever.”

Isaiah Thomas was beloved in Boston in his time here and he was always someone who was out and about in the community. He constantly iterates how all he wants to do is put a smile on people’s faces and help out any way he can. Even though he isn’t a Celtic anymore, his selflessness never stops as he took part in Marcus Smart’s charity bowling event. It’s cool to see him still helping out in the Boston community when the opportunity presents itself and it’s something that really shows his character.

IT was always a hit in the locker room and the fact that he’s kept in touch with guys like Smart and Jaylen shows how close they were. No matter the threads, no matter the circumstances at hand, IT will always be a Celtic, and he’ll always do his part in the community. I expect him to get a healthy hand when he enters the game Wednesday night at the Garden.

NBC Sports Boston: Could Jaylen Brown be an All-Star?

Boston Sports Journal: Checking in on the Celtics’ 2019 draft picks 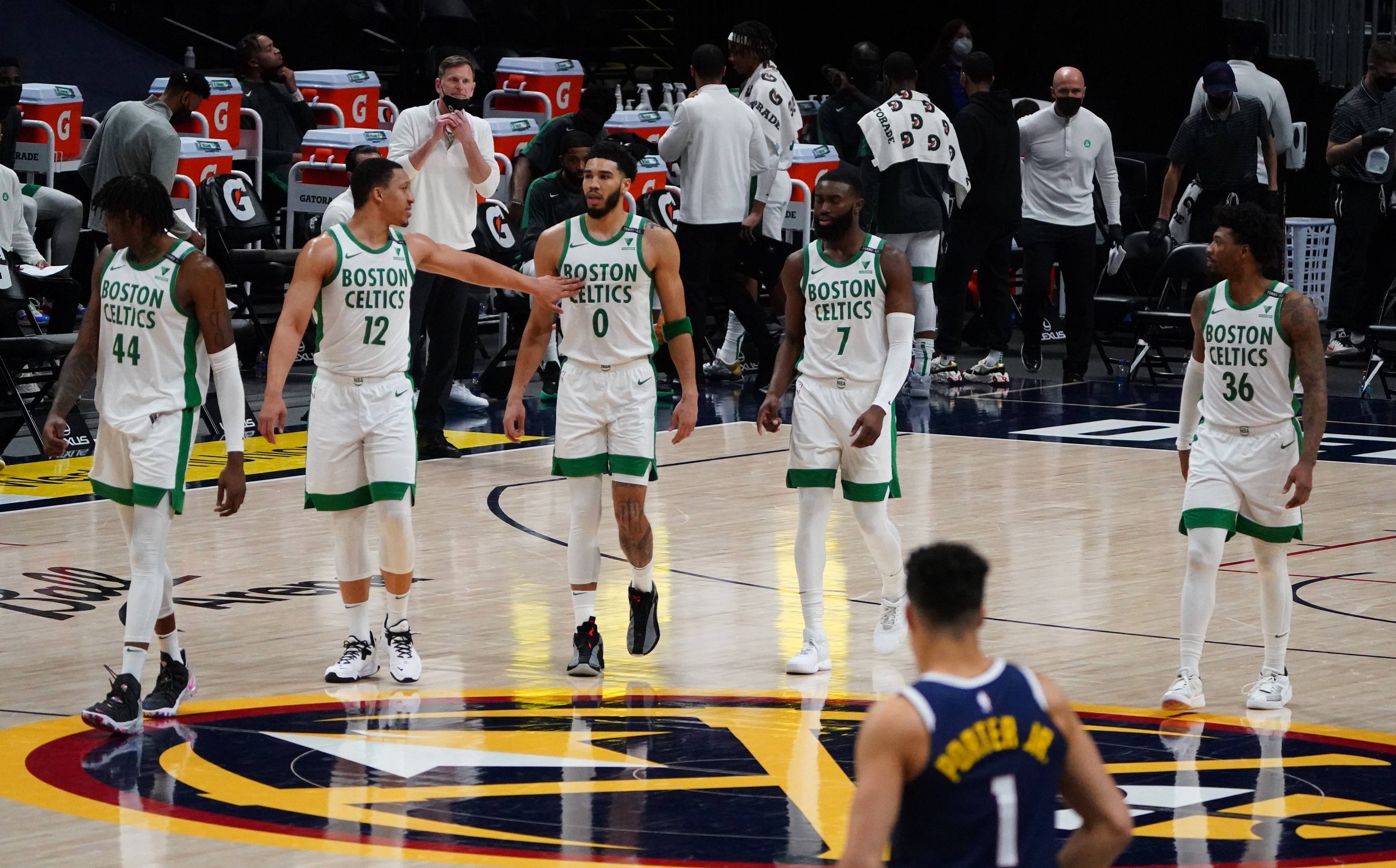