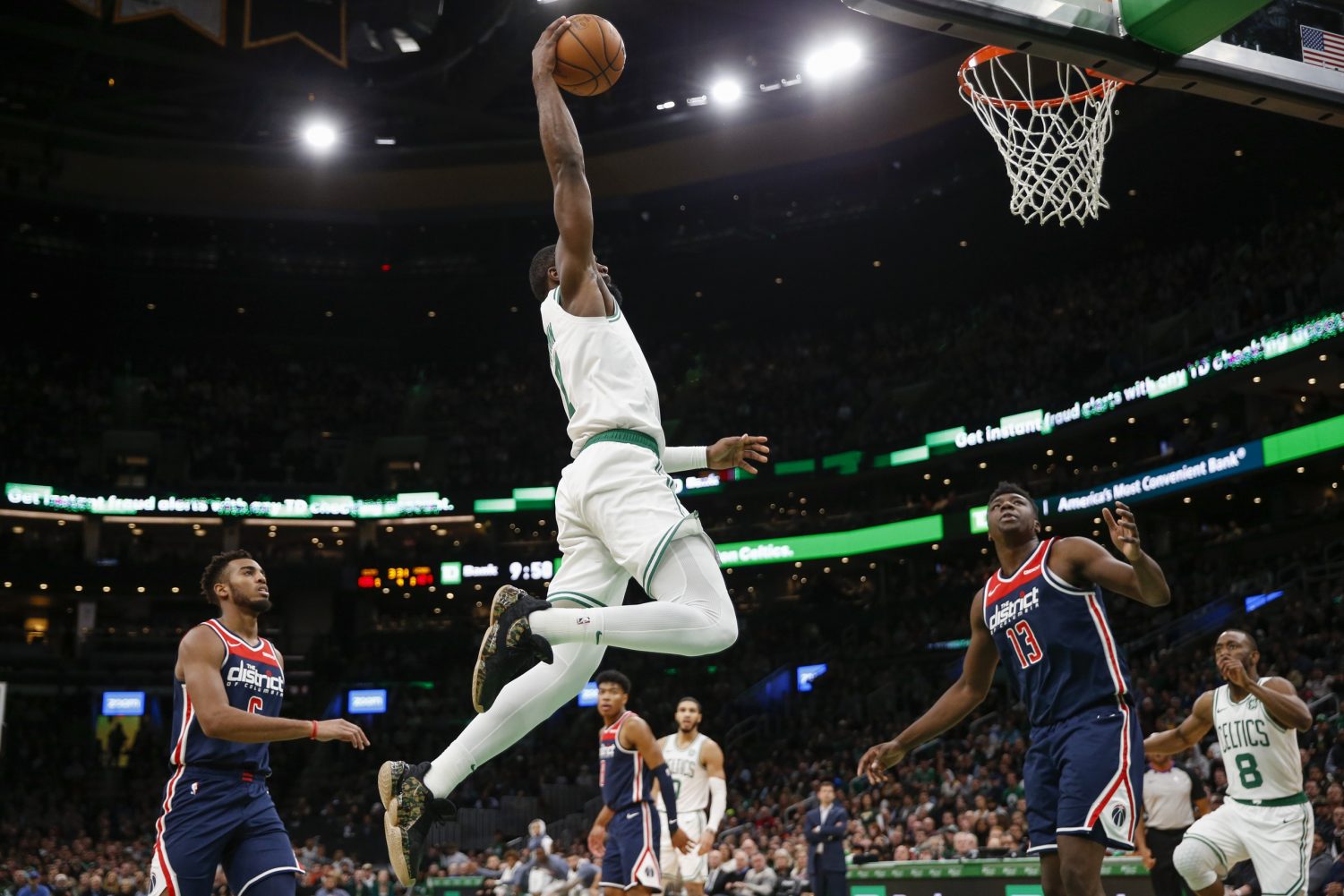 Takeaways aren’t always easy to determine from games like last night’s, in which the Celtics’ defense was far worse than normal and their opponents’ was just as bad (albeit closer to normal). But here are some things that seemed apparent to me after some thought and research:

This team is clutch as hell.
Jaylen Brown has 138.5 points scored per 100 possessions in fourth quarters thus far this season as of this morning, per NBA.com. While this is 7th in the NBA as opposed to say, top 5, Brown has the highest rating over the most games played in that group (seven). Among top-10 ORTG players, only Robert Williams has more games played (eight), and he’s behind Brown for 137.5 points per 100. (Gordon Hayward scored 142.9 points per 100 in final frames of the six games he played pre-injury.)

The top 20 in this metric, which some will call cherrypicked and so be it, is chock-full of Celtics: Jayson Tatum, ranked 20th, scored 131.1 points per 100 over 10 fourth quarters (more than any of his listmates), Kemba Walker, Daniel Theis, and even Enes Kanter (?!) are on here as well with 134.9, 133 and 138.1, respectively, and while you can take Kanter’s with a grain of salt, it’s eminently clear the Celtics dominate when winning time comes around.

The team defense will not always be that bad, and the offense might actually be that good.
Well, almost that good. Dropping 140 simply isn’t an average NBA score and the Celtics aren’t gonna change that this season. But they have the league’s No. 1 offense by offensive rating (114.3), its second-highest margin of victory, beating teams by 9.20 points on average, and are top-10 in three of the offensive four factors, per Basketball Reference—effective field goal percentage (10th), turnover percentage (1st) and free throws per field goal attempt (10th). Offensive rebounding percentage is the main exception, in which they are 25th. Can’t win ’em all.

Carsen Edwards was better than he had to be last night.
I understand that expectations are high for Edwards given his pedigree as a scorer at Purdue and his blistering assaults in both summer league and preseason. And given how, well, rookie-ish he’s looked in many of these early games, I also get why they were so disappointing.

But last night’s excellent effort by The Man With Supersized Quads doesn’t have to be his average, either. The minutes will be there for him to develop with Jaylen Brown playing the 3 and Marcus Smart starting instead of leading the reserves, and that’s precisely what he should be doing—developing. It matters less how much he scores than what he makes of his opportunities and how his acuity for buckets changes the game. Like if he scores 15-20 in a blowout loss and 8 in a win, but those 8 points are scored at pivotal moments, it should be obvious which is better.

Kanter’s effect on the team remains uncertain.
Yes, Enes Kanter is Not Great on defense. We’ve established this with truckloads of evidence long before he came to the Celtics. And it’s still not clear how aware he is of this liability, let alone whether he’s willing to work toward improving it. These are objective negatives.

And yet: How much do his weaknesses actually affect Boston? Like, his defense was bad last night, but so was everyone else’s—it was a very Doug Moe Nuggets vs. Doug Moe Nuggets kinda contest. It didn’t cost them the game, and I think it’d also be a stretch to say it had much of a substantial detrimental effect on the Celtics’ sole loss to the Philadelphia 76ers. If the Cs can survive his lapses and benefit from his scoring and rebounding, how much do the lapses really matter? They may be coffin nails in games to come, but as yet, it’s shortsighted to make definitive judgments on what Kanter will actually be as a Boston Celtic.

At long last, Marcus Smart is a sustainably valuable shooter
SMARF is a chucker; this is not news to anyone. Except now he’s making a lot more of them from deep (a development that began last season) with greater consistency (which is a newer thing):

Smart with 4 threes for the third straight game. 👀

Like, on volume. He's wasting tons of threes, and he's hitting them at a really good clip, relatively https://t.co/f7wHzW65ja

I’ve said similar things before here and elsewhere, but let me re-emphasize: If Marcus Smart starts averaging mid-teens (currently 11.7) in points and doing everything else he does, his ceiling just got considerably higher.