Grading the Packers 2019 Draft Class at the Bye Week 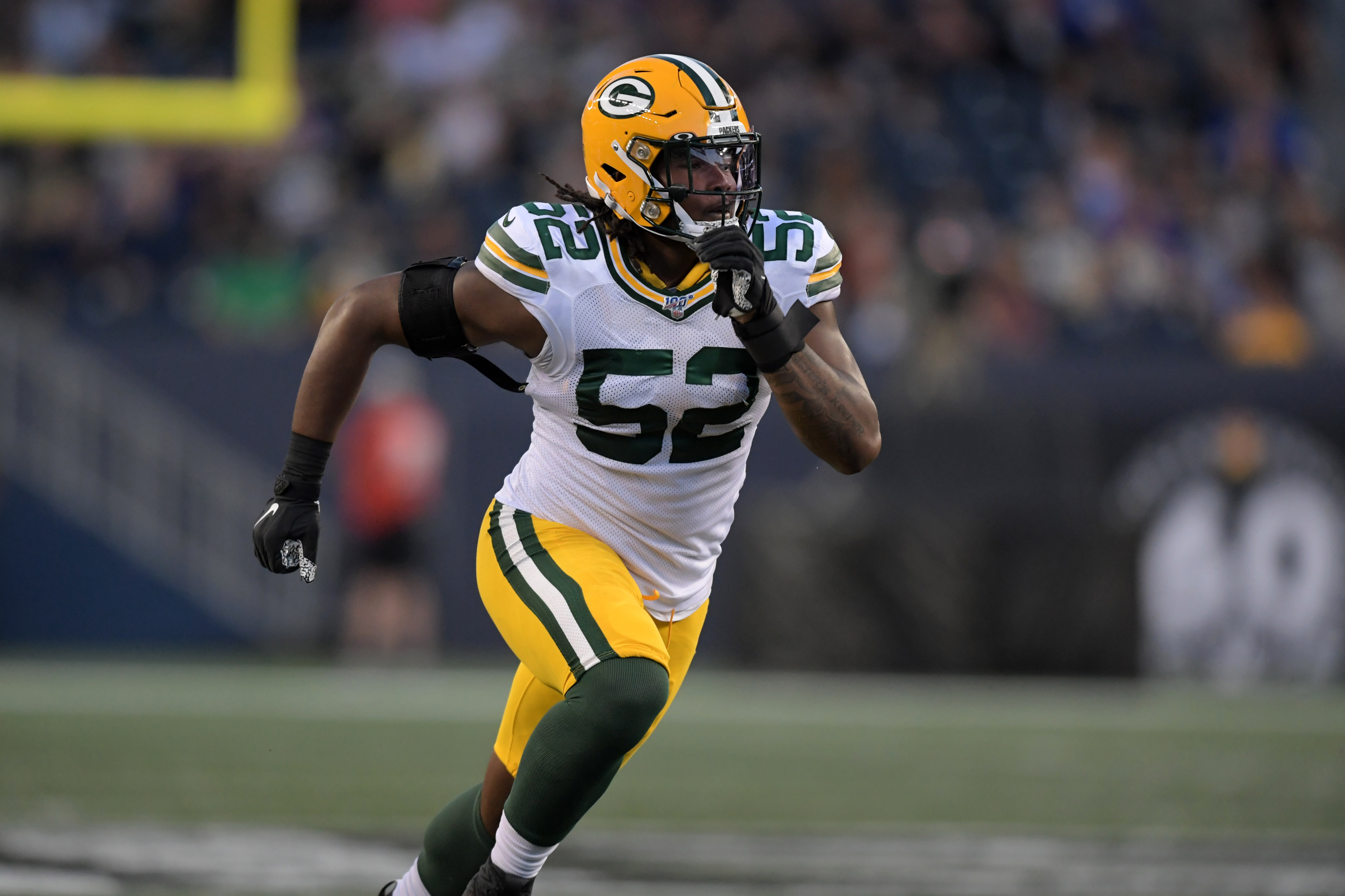 Grading the Packers 2019 Draft Class at the Bye Week

The 2019 NFL season is more than half over for the Green Bay Packers and the team is off to an impressive 8-2 start. The Packers made many changes this past summer as GM Brian Gutekunst added talent throughout the lineup to improve a team that finished a disappointing 6-9-1 a season ago.

The 2019 draft was Gutekunst’s second in Green Bay. All the players he selected made the roster this season and many have contributed to the team’s success. Here is a look at how each of the Packers 2019 draft choices are doing so far this season. The grades are a combination of expectation and performance.

Gary has played in all 10 games so far as a rotational player, mostly in obvious passing situations. The Packers said they wanted to bring Gary along slowly as he adjusts to playing OLB and they have stuck to that plan. The strong play of Za’Darius Smith and Preston Smith has made that easier for the coaching staff.

Gary is playing between 15 and 20 snaps per game. He has 12 total tackles, one sack, two quarterback hits and one tackle for loss on the season. His best game came in the win against the Broncos when he made four tackles, recovered a fumble and recorded his sack.

The Michigan alum is unquestionably talented and a hard worker. Fans are impatient to see more out of him after he was drafted so high this season. Gary needs a strong finish to the season to leave a good impression on the coaching staff and the fan base.

Savage has been a starter from day one and has been an immediate upgrade for the Green Bay secondary at the safety position. He has missed two games due to injury and the secondary clearly felt his absence.

Savage is aggressive and can make plays against both the run and the pass. He has made 36 total tackles in eight contests, has forced one fumble, broken up three passes and made one interception. He has even registered a quarterback hit on the blitz play in the season opener against Chicago.

The Maryland alum still makes the occasional rookie mistake, usually by being too aggressive, but there is no doubt he is going to be a good player for a long time to come. Savage has excellent speed and a nose for the ball. Once the game slows down a little bit more for him, he has outstanding potential. He should make the All-Rookie Team.

Jenkins took over the starting left guard position when Lane Taylor went down with an injury in Week 3. The truth is, Jenkins was pushing Taylor for the starting job even before the injury. He has started every game since taking over and has not missed a snap.

Jenkins has great size and quickness. Right now, his run blocking is better than his pass blocking, but he does a good job of protecting Aaron Rodgers most of the time.

The Mississippi State alum has helped solidify the interior of the Packers offensive line and should be a fixture there for the foreseeable future. Jenkins should also make the All-Rookie Team if he continues his strong play down the stretch.

Sternberger missed the first eight games of the season due to injury. He played only on special teams in his debut against the Chargers. Against Carolina, the Texas A&M product played 15 snaps on offense and made several good blocks to help spring Aaron Jones and Jamaal Williams on running plays.

Sternberger hasn’t seen enough action to get a grade just yet but the Packers are hoping he can get involved in the passing game after the bye.

Keke was inactive for the first two games of the season but has worked his way into the lineup as a member of the defensive line rotation. Keke has been in on six tackles and has one quarterback hit. The Texas A&M alum has also seen some action on special teams.

Hollman had a strong training camp and preseason and made the team due to his aggressive style of press coverage. In the regular season, the Toledo product has appeared in three games, mostly on special teams. Hollman has taken only four snaps on defense, all of them coming in the Week 7 win over Oakland. At this point, he is a depth player who will not be active most weeks if everybody’s healthy.

Williams showed he could run the football well during the preseason, but his inability to pick up blitzes and catch passes consistently kept him inactive for the first six games of the season. The Notre Dame product has appeared in three games, rushing three times for two yards against the Raiders. Other than six offensive snaps against Oakland, the rest of Williams’ game action has come on special teams. The Packers are still hopeful he can make some more contributions before the season ends.

Summers has played in all 10 games for the Packers as a rookie, seeing all his action on special teams. The TCU product has been credited with three tackles while covering kicks and punts and has shown enthusiasm whenever he’s been on the field. Summers needs to improve his tackling and play recognition if he wants to see action on defense.