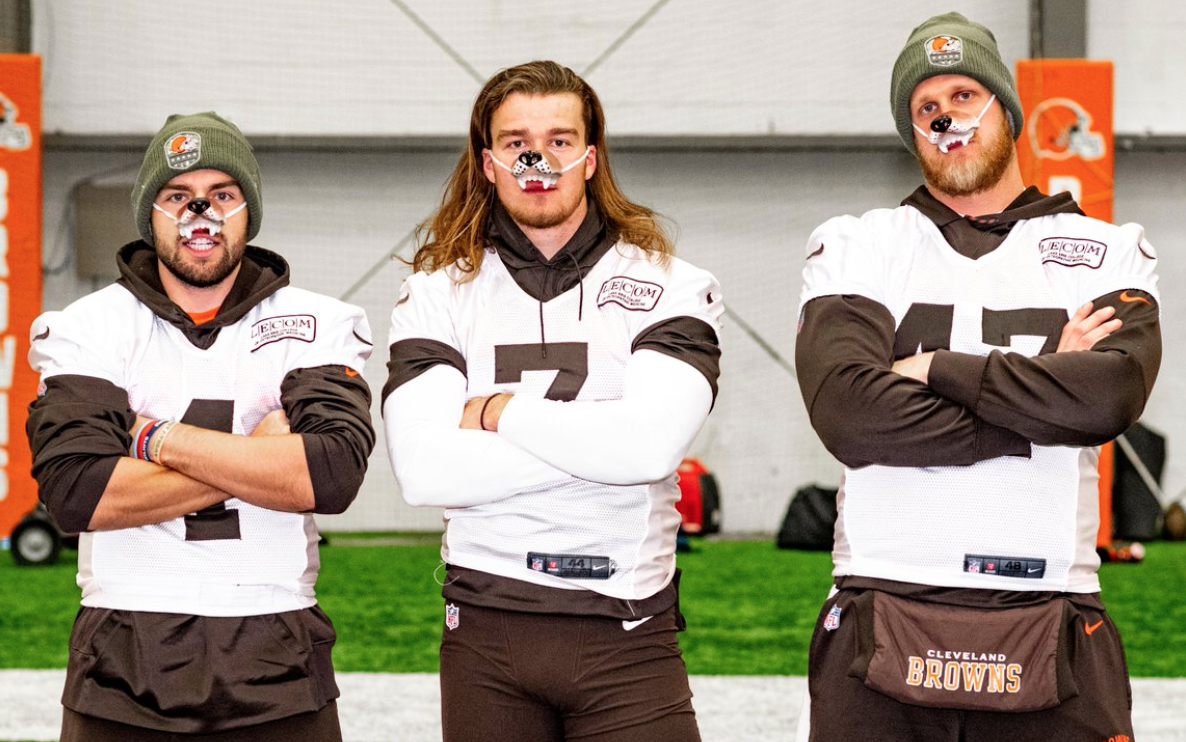 The Cleveland Browns pulled out all the stops for Thursday’s primetime showdown with the Pittsburgh Steelers, which included a comically bad giveaway.

It’s always nice when teams hook fans up with free swag for attending games, but the Browns went a bit too far in attempting to get cute with their item.

Many teams elect to go with simple items such as t-shirts or towels, but the Browns do things differently. Instead, they did a giveaway which entailed them hooking fans up with “dawg noses.”

And yeah, they looked as ridiculous as you’d imagine. The first 35,000 fans into FirstEnergy Stadium received one of these.

🔥IT'S GIVEAWAY TIME!!
The first 35,000 fans in @FEStadium tonight will receive a Dawg Nose!!! 🐶#PITvsCLE pic.twitter.com/8wQO9YDgBO

The Twitterverse had a good laugh about it.

— THE STEELERS ARE FIGHTIN FOR THEIR FUCKIN LIVES (@JoshGIII) November 14, 2019

Yeah, a bit too cute there.