Your Morning Dump... Where there will never be another IT, but there are similarities with Kemba 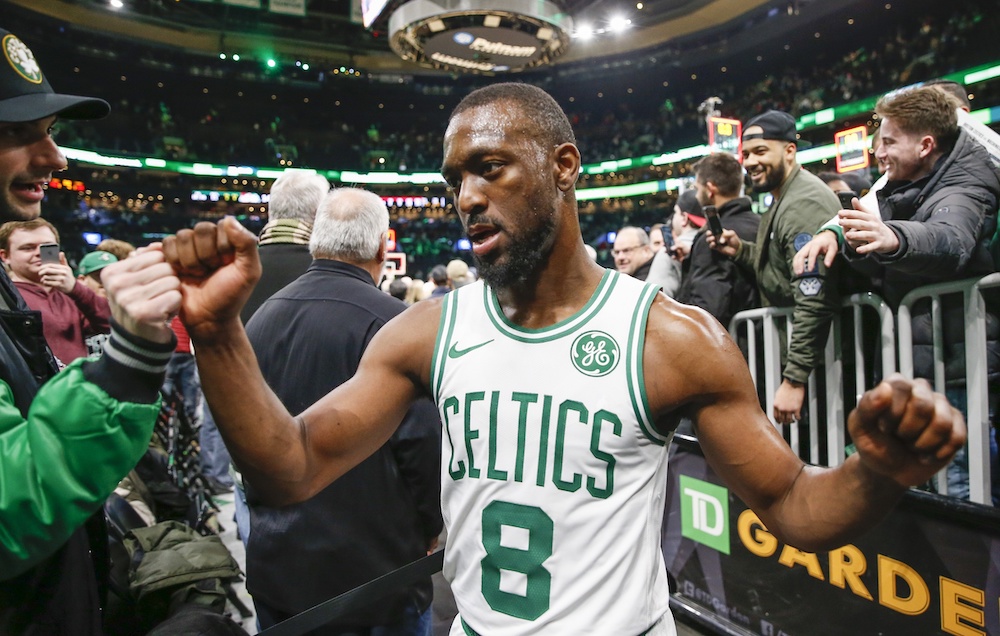 Your Morning Dump... Where there will never be another IT, but there are similarities with Kemba

Kemba Walker remembers watching the Isaiah Thomas-era Celtics from afar. He marveled at the way Thomas’ big fourth quarters used to make the Garden roar. He watched Boston’s playoff surge in the 2017 playoffs and wondered what it felt like to play on that sort of stage.

How crazy, then, was it to watch Walker tuck behind an Enes Kanter screen and splash a crunch-time 3-pointer over Thomas to seal Boston’s 140-133 triumph over the visiting Washington Wizards on Wednesday night.

“I watched film on him when he had that amazing season here, just to try to see what he did to make him so successful,” Walker said.

Walker noticed how Thomas used change-of-pace moves to burst past defenders, how he rocketed around screens and how he always found ways to leave his mark on fourth quarters. Walker looked to see how Thomas finished over bigger defenders and how Thomas read the game at such a high level. Walker spotted that for all of Thomas’s well-known gifts with the ball in his hands, he was equally adept playing off the ball. Even before dialing up the game film, Walker had realized something else over his years in the NBA: Boston identified with players willing to give everything to basketball. Leave it all on the court like Thomas or Marcus Smart, Walker recognized, and the city would embrace you.

The Athletic — The blueprint: Studying Isaiah Thomas’ tenure in Boston shows Kemba Walker how he can be great here

Watching Isaiah Thomas and Kemba Walker share the floor at the Garden last night, it was easy to forget that there was another star point guard that donned Celtics green in between their eras.

That’s because these two men, two in a line of four straight truly talented Boston point guards (starting with Rondo, then Thomas, then Kyrie and now Kemba… sorry, I can’t extend it back farther as much as I love Bassy Telfair), have more in common than that other guy. While year one of Kyrie Irving’s tenure dazzled and tantalized, it never felt like Kyrie Irving the human being was endearing himself wholly and authentically with Boston fans. Irving was to Boston like Jack Parkman was to the Indians in Major League. A distant talent who you sometimes felt queasy cheering for. Yeah, sure he could go for 45 and single-handedly beat the Sixers, but did he ride hard for the Celtics? And did we really know that he ever wanted to be here?

Isaiah, and now Kemba, are more like Jake Taylor from everyone’s favorite fictional major league club. Maybe not quite as preternaturally talented as the other guy, but 100% pure and gritty.

And so the fact that this season is already starting to feel more like the 16-17 season when a plucky Cs team with Thomas at the helm was somehow way more than just plucky in grabbing a number one seed, is not all that surprising.

Kemba’s been cooking in the fourth much the way Isaiah did during his time here. And the fact that Kemba looks at Thomas’s Celtics tenure and wants to emulate it is the right call.

The one guy who has seen it all before is Marcus Smart. He’s shared the court with the last four Celtics starting point guards, and Walker’s fourth quarters remind him of Thomas’s. Marcus has been here so long, that he’s even starting to use Kevin Garnett level analogies to explain what he’s seeing:

“I’ve been lucky. I’ve been here for all three of them,” said Smart. “Those guys, it’s a different mindset when the fourth quarter hits.

“It’s kinda like when you know you’ve got to do something. Your mom’s coming home and you ain’t done the dishes so you had to run. That’s how it is in the fourth quarter. Something just clicks like, ‘Oh, we gotta go, it’s time to turn it on.’”

On page 2, the Celtics are top-heavy, but that’s been ok

Only three teams in the NBA have had three 20-point scorers on one team since 1990. The Celtics appear to have a legitimate chance to join that trio based on the early play of their starting five. Walker is now averaging 25 points per game while Jaylen Brown (20.1 PPG), Jayson Tatum (19.8 PPG) and Hayward (18.9 PPG) have all shown the ability to put together big nights at any moment. Walker, Brown and Tatum all scored between 22 and 25 points on Wednesday night, while all shooting above 45 percent from the field.

The combination of efficiency with strong production was hard to come by last season among multiple players on the wing. Now, everyone is getting going at some point on almost every night and it’s making the C’s offense that much tougher for defenses to handle.

“Tonight, getting 32 assists is a good thing,” Stevens explained. “But also, we are balancing that with being appropriately aggressive we have a lot of guys we can go to on a given possession which is a real luxury. You know, Jaylen (Brown) is a guy that you can go to against matchups and different pick-and-pop, pick-and-roll opportunities. Jayson (Tatum) you can do that with, obviously Smart has done some of that for us, Kemba (Walker) is ridiculous at that stuff so and we obviously got Gordon (Hayward) sitting out so we’ve got a lot of guys that you can go to in those moments to create plays for themselves and others. We’ve got to keep sharing it the right way and playing the right way and hopefully we can build off and make shots like we have been recently.”

Boston Sports Journal: How the Celtics have morphed into the NBA’s best offense

After last night’s scoring barrage, the Celtics have the number one scoring offense in the NBA. One of the things that was clear in looking at the roster going into the season, and that is still currently clear, is that the Celtics are going to need consistently strong outputs from their top 4 (including Gordon Hayward for when he’s healthy) scorers on most nights to win games.

That sounds pretty elementary, but in looking at the roster construction, it’s just the truth. The Cs can afford to have 1-2 of their top 3-4 guys have off nights, but they don’t have enough scoring consistency off the bench to withstand much more than that.

What’s been so impressive then about this 9-1 start is that the Cs top four scorers of Kemba, Tatum, Brown and Hayward (when healthy) have been really good most of the time. And when one of them has a down night, like Tatum two nights ago, or Kemba in Charlotte, the other 2-3 have delivered. Lately, there have been signs of life and consistency off the Cs bench from guys like Carsen Edwards and Javonte Green, and Marcus Smart as a “Splash Cousin” as I saw him referred to on twitter last night certainly helps ease the burden.

But the fact that by season’s end, the Cs will most likely have four guys average over 15 points per game and maybe have three of them average over 20 per game demonstrates not only how much they’ll rely on them for offense, but how talented they each are as scorers.

It’s why when folks start to wonder what the missing piece is for the Celtics, they bring up a “defensive-minded big” because while the Cs scoring punch is top-heavy, it’s one of the strongest punches in the league, and there’s no reason to mess with it.

Finally, a shout-out to Albuterol

Smart has asthma? I just saw him take a puff.

I noticed this right before tip on the broadcast as well! Does anyone have video of it? Has Marcus Smart always taken a puff from his inhaler before tip? Is a 25-game suspension coming?

As a former Albuterol kid growing up, it’s good to know that NBA athletes are just like me.