Eagles must rise to mental challenge posed by Patriots 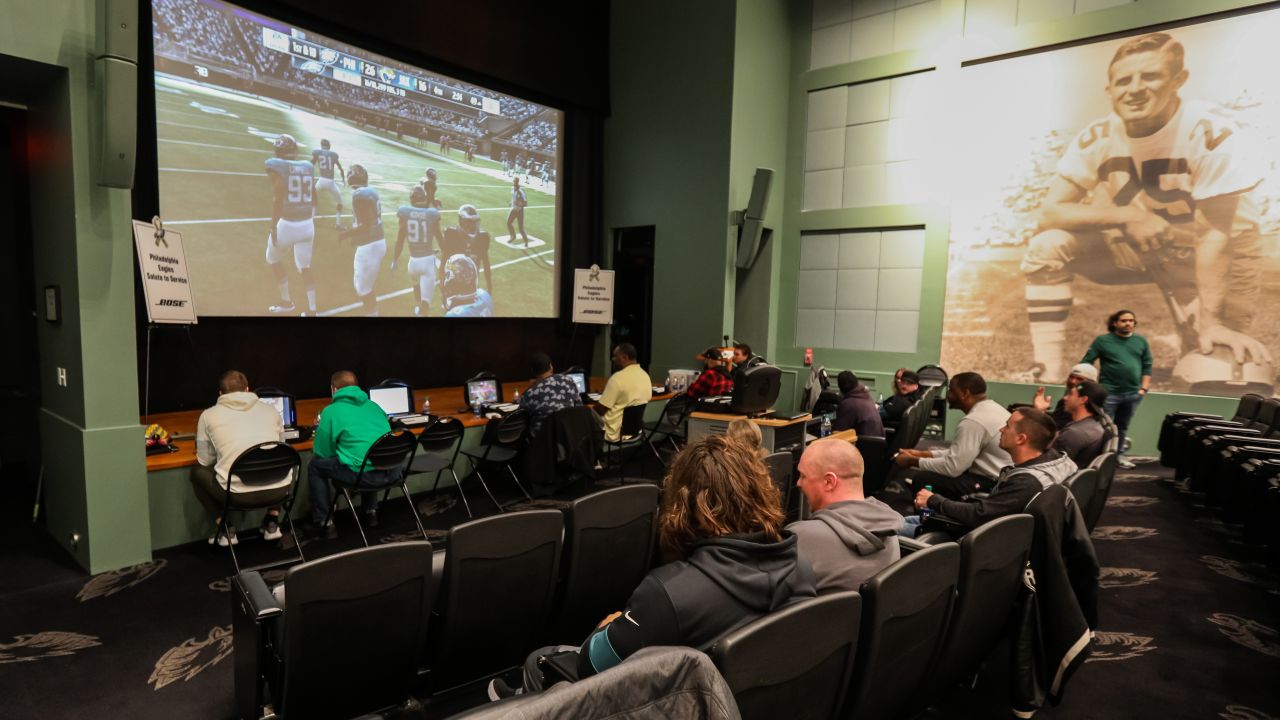 Eagles must rise to mental challenge posed by Patriots

The injury report ahead of Sunday’s game with the Patriots has a few important players on it. Alshon Jeffery (ankle), Darren Sproles (quad) and Nigel Bradham (ankle) did not practice on Thursday. Jason Peters (knee) and Jordan Howard (shoulder) were limited.

So the Eagles are not exactly at full strength this week, to say the least.

The Patriots are not as banged up as the Eagles right now, but they’re far from totally healthy. DE John Simon (elbow), DB Nate Ebner (ankle, back), S Patrick Chung (heel, chest), TE Matt LaCosse (knee), and DT Danny Shelton (ankle) are all limited to some degree.

The mental edge is more crucial than the physical limitations in this one.

The message from tight end Zach Ertz, who many believe could be double-covered in the passing game on Sunday, is to play with confidence. Play with aggressiveness. Play smart.

“You can’t go in there fearing failure. I think if you do that, you’ve already lost the game,” he said. “We’re going to go out there with the opportunity to succeed and excel on Sunday. Obviously, we understand that they’ve been a dynasty for years. Everyone knows that. At the same time, we’re NFL players, we’re professionals, and we have a lot of confidence as a football team.”

Fran Duffy at PE.com says part of the mental challenge is being ready to handle the Patriots’ defensive pressure packages.

“…the Patriots are a high-volume man coverage team. Belichick has not been afraid to let his big dogs hunt up front this season. He’ll play straight man-to-man across the board, either in Cover 1 (one-high safety) or Cover 0 (no safety in the middle of the field) and blitz the quarterback with five-plus.

“They’re fairly predictable on the back end from that standpoint, but up front they are extremely multiple in the way that they line up and in the way they deploy their personnel. Here’s what I mean by that.

“Let’s look at one of their dime packages, which means they have six defensive backs on the field. That dime package could consist of:

“When they line up with that personnel grouping, there’s a lot of possibilities for the Patriots up front. They could come out in what looks like a very basic 3-4 alignment, with those down linemen, Collins and Chung off the edge, and Hightower and Harmon as “stacked” linebackers. They could line up in more of a 4-2 alignment with Butler, Guy, Simon, and Hightower on the line of scrimmage and Collins and Chung as the stacked players. Or, they could line up in any of several pressure fronts. That is the genius of these kinds of defenses. It’s tough to predict what they’re going to do in any given situation based purely off the personnel. You have to see how they line up first, and by that point it is on the quarterback and the offensive line to get things straightened out.”

That’s the mental thing the Patriots bring at you. They can make you “see ghosts”. The Patriots are great at occupying blockers both pre- and post-snap to help get one defender home free for a pressure.

The other thing is what Zach Ertz is alluding to above— Belichick is going to try to take away the Eagles’ best offensive players by sliding double coverages onto a guy like Ertz.  Belichick has long been a proponent of utilizing “bracket” coverage, which is basically a designated double team to try and remove an opponent’s most dangerous pass catcher from the progression. As Fran Duffy writes, “Over the years, Belichick has been very creative in disguising where those double teams are coming from because he’ll use any combination of safeties, cornerbacks, and even linebackers in coverage for this purpose. Sometimes he’ll bring a player from the opposite side of the formation after the snap to help double-team someone on the opposite sideline!”

Whether the Patriots double-cover Ertz or simply shadow him with their best cornerback Stephon Gilmore, the Eagles have to be mentally prepared to counter with designed plays to either beat the brackets or feature other players on offense, all the while knowing Belichick is rubbing hands together and whispering “Excellent!” into his headset.