Grading the 2019 Packers Free Agent Class at the Bye Week 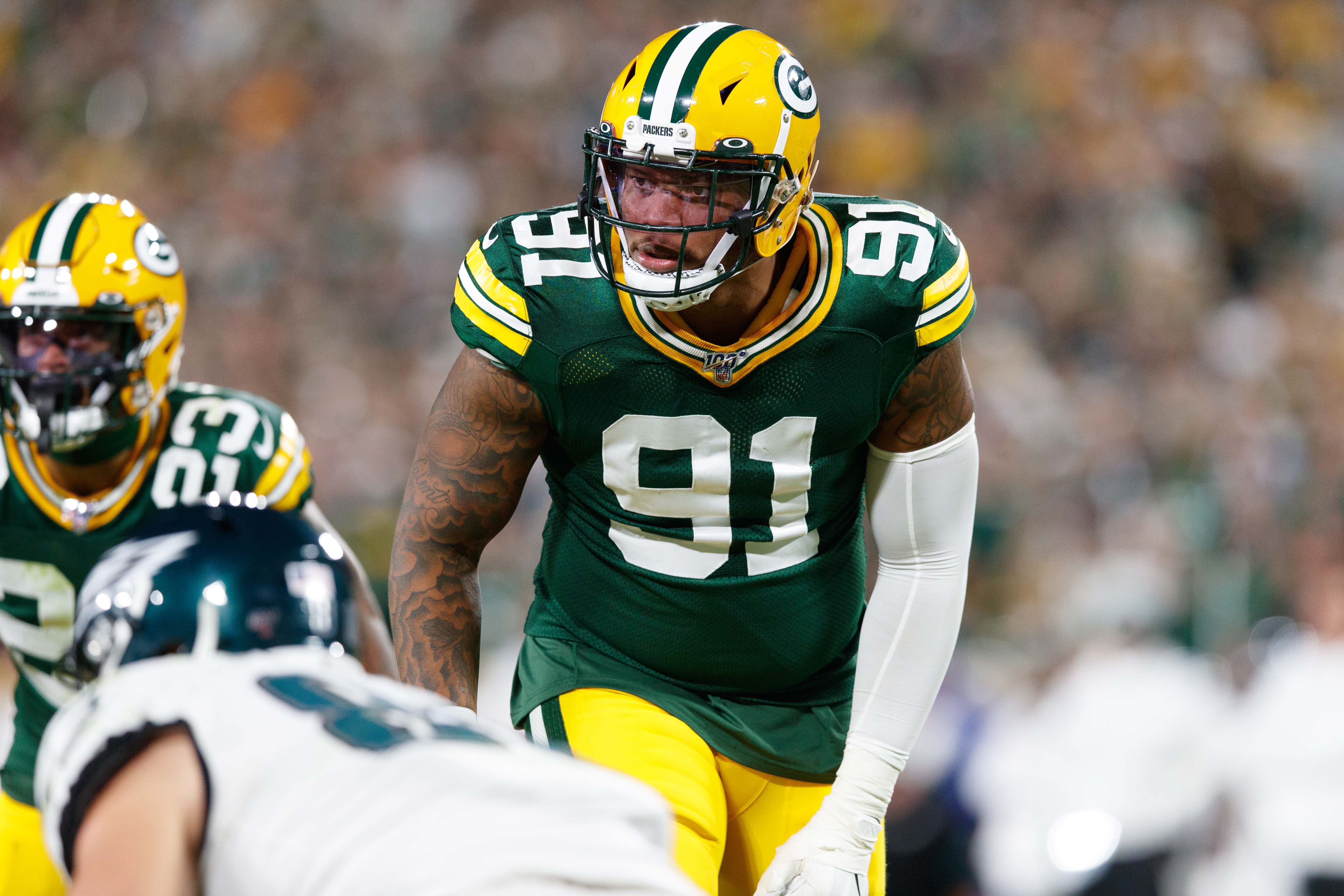 Grading the 2019 Packers Free Agent Class at the Bye Week

Green Bay Packers GM Brian Gutekunst opened the checkbook this past offseason and the Packers were active in free agency in a way that was unthinkable under previous GM Ted Thompson. The Pack added four big ticket free agents with the hope of improving the team quickly and giving quarterback Aaron Rodgers the chance to lead the team to another Super Bowl while his window of opportunity is still open.

Now that the Pack is at the bye week, we can grade these players based on their performance through the first 10 games of the 2019 season.

Grades are based on a combination of performance and expectations.

The Packers signed Za’Darius Smith as a free agent from the Baltimore Ravens who drafted him in the fourth-round back in 2015.

Za’Darius has found a home at edge rusher and has been an outstanding addition to the Packers both on and off the field.

In 10 games, he has tied his career high with 8.5 sacks. In addition to the sacks, Za’Darius has been in on 34 total tackles including eight tackles for losses.

Za’Darius has helped put consistent pressure on opposing quarterbacks this season. He has been credited with 20 quarterback hits, 10 hurries, 11 knockdowns and 31 pressures through 10 games. That means even when he’s not sacking the quarterback, he’s making his presence felt and helping to keep opposing signal callers off rhythm.

Smith has at least a half sack in six of the Packers 10 contests and has three multi-sack games thus far.

He and fellow “Smith Brother,” Preston Smith have also been credited with helping to change the culture in the locker room for the better, which has gone a long way towards the team’s 8-2 record this season.

Preston Smith is off to a great start in his first season in Titletown after playing his previous four NFL campaigns with Washington.

In 10 games, Preston has a career-high 10 sacks to go along with 41 total tackles, one interception, nine tackles for loss and one forced fumble.

Preston is also more capable of dropping into pass coverage than Za’Darius and has done a pretty good job when called upon.

Like his fellow Smith, Preston has helped change the team’s attitude and atmosphere for the better. He recently bought his teammates Rolex watches to celebrate reaching the 10-sack milestone.

Adding Preston and Za’Darius has made a big difference for the Packers defense.

The Packers signed Amos from the Chicago Bears to solidify and steady the safety position. Amos has done exactly that. The former Penn State star has started all 10 games for the Packers and has been on the field for nearly every defensive play.

Amos is not going to make as many splash plays as Ha Ha Clinton-Dix, but he is smart, positionally sound and consistent. He came up with a game-saving interception in the season opener against Chicago that clinched the win for the Pack. He has been credited with five passes defensed.

Amos has been made 53 total tackles, one quarterback hit on a blitz and one tackle for loss.

With Amos in the lineup, defensive coordinator Mike Pettine knows he can try some blitzes and other exotic coverages because he knows Amos will always be in position.

The Packers are still giving up too many splash plays on defense, but not the same way they were a year ago when too many safeties were simply burned or out of position downfield.

Amos is also respected voice in the locker room and a winner.

The Packers signed Turner from the Denver Broncos where he spent the last 2.5 seasons. The former North Dakota State star was signed for his intelligence and versatility with the hope that he could solidify the right guard position which was a revolving door for the Packers a year ago. He has also played tackle and center during his NFL career.

After a bit of shaky first game or two, Turner has become a steady player at right guard. He has played every offensive snap for the Packers through the first 10 games and has been a very good run blocker for the team.

Turner has committed only one false start penalty all season and has yet to be called for holding. He does a good job in space which is a very important component of Matt LaFleur’s offense.

Turner is a renaissance man off the field and a solid contributor on it.