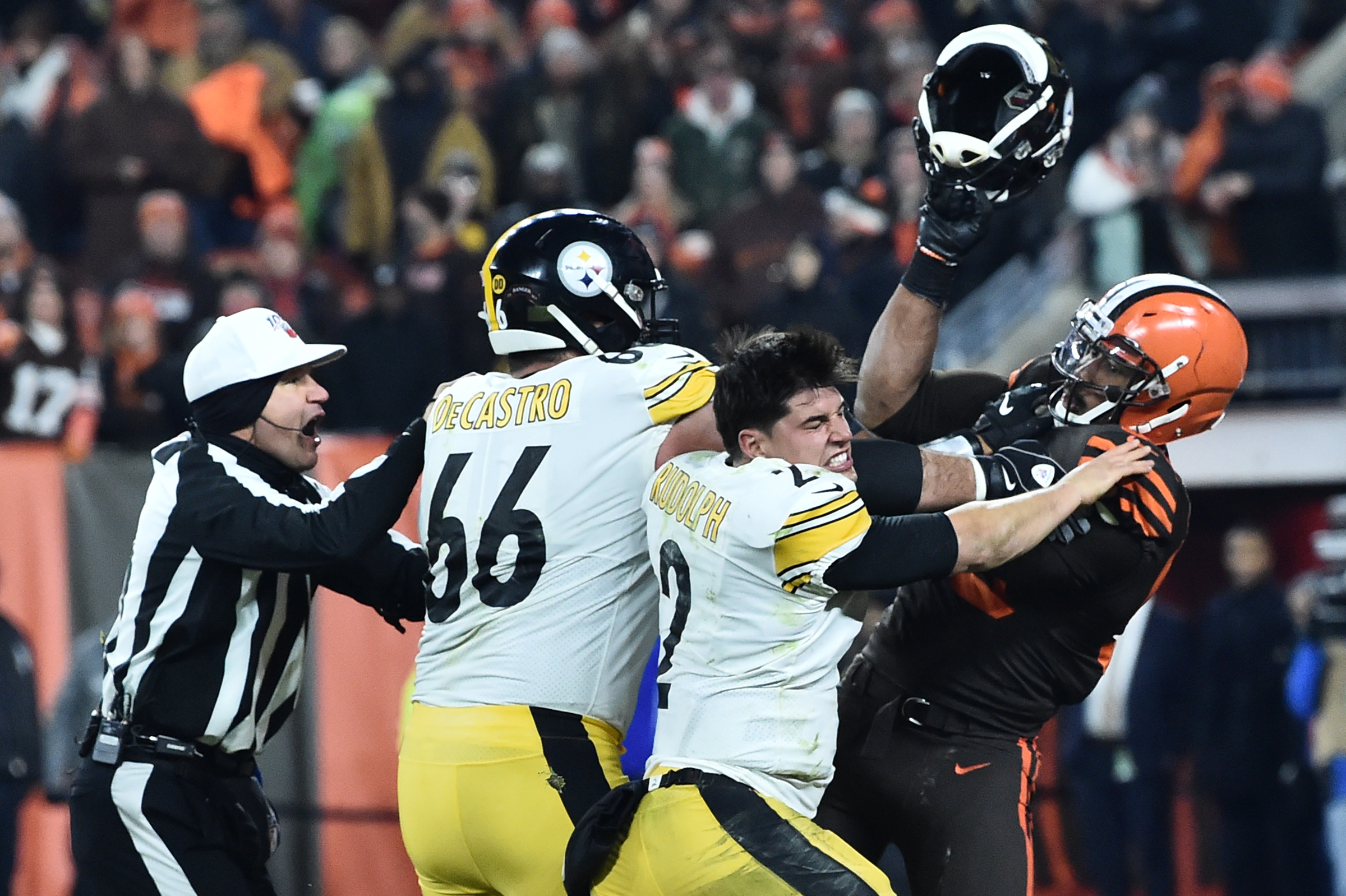 Thursday night’s game between the Steelers and Browns ended in utter chaos with players from both teams getting into a nasty brawl that saw one player use a helmet as a weapon. The NFL didn’t take long to dole out punishments for the incident, and the player at the center of it all got hit with the most severe punishment we’ve ever seen by the league.

Browns defensive end Myles Garrett, who bashed Steelers quarterback Mason Rudolph in the head with his own helmet, has been suspended for the rest of this season, including the playoffs should Cleveland make it, the league announced Friday. Garrett will also have to meet with the commissioner’s office before being reinstated in 2020.

Garrett’s suspension is the longest in NFL history for a single on-field incident.

Steelers center Maurkice Pouncey and Browns defensive tackle Larry Ogunjobi were also suspended for their roles in the melee. Pouncey, who retaliated by kicking and punching Garrett, received a three-game suspension, and Ogunjobi will miss one game for shoving Rudolph down to the ground during the altercation.

Additionally, the NFL fined the Steelers and Browns $250,000 each.