5 rational thoughts following the Celtics' wacky win over the Warriors 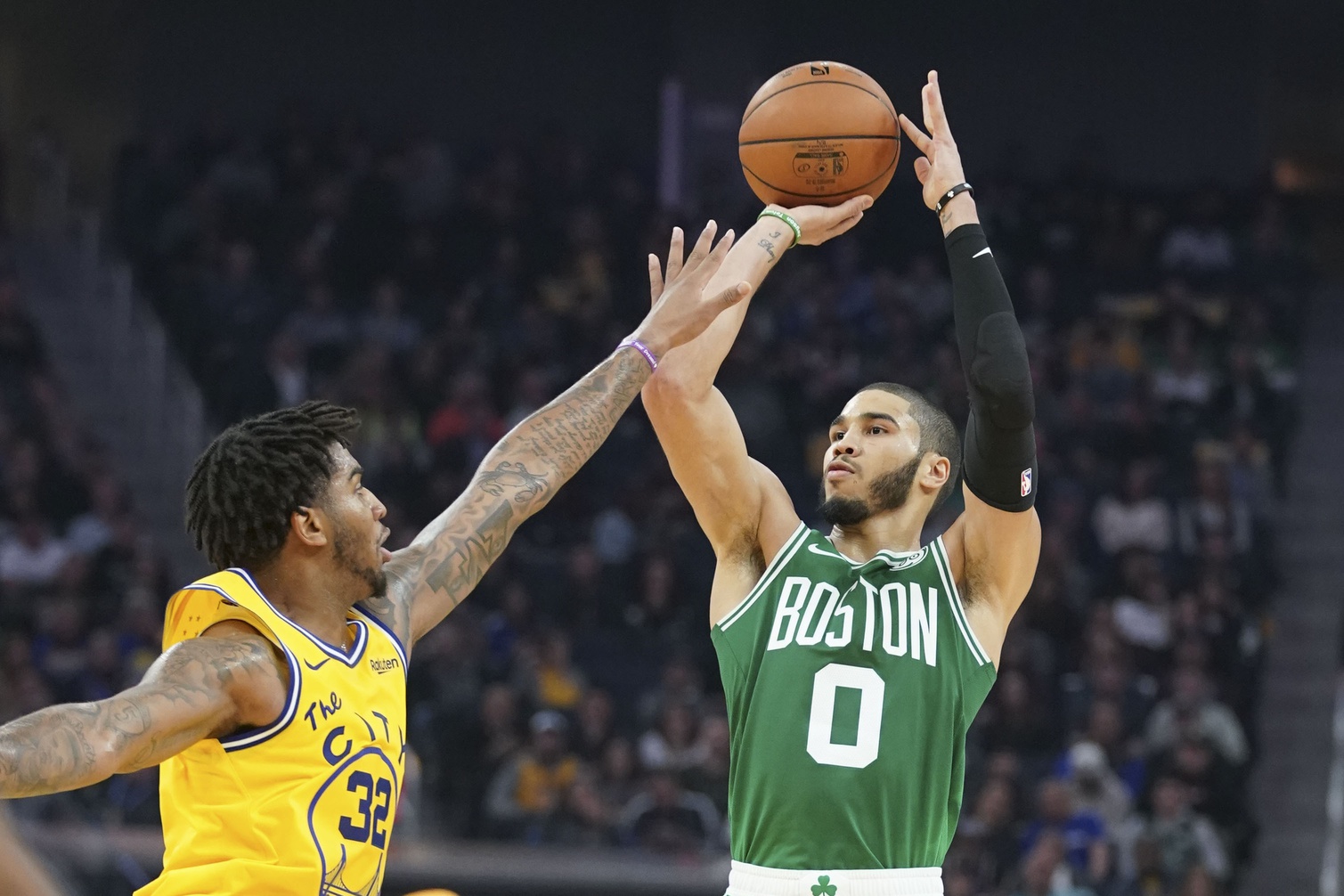 5 rational thoughts following the Celtics' wacky win over the Warriors

LATE NIGHT TRAP GAMES MAKE ME FEEL SPACEY. Like a lighthouse keeper guzzling turpentine for its alcohol content. The Boston Celtics felt a little spacey themselves early in last night’s contest with the Golden State Warriors and let Alec Burks and Eric Paschall smack them silly, but eventually sobered up enough to secure their 10th straight win, 105-100. Let’s look at some key aspects:

The slow-start issue with this team is A Thing; it isn’t A Problem (yet)
Almost all of these games have shown early-game struggles for the Celtics, and all but one of them are wins, albeit narrow ones in several cases. (In fact, the team’s sole loss actually didn’t start poorly; they were pretty solid for the first half of the Sixers game.) They tend to ease themselves into things, and in this case they slacked off way too much on the defensive end and missed a fair number of coin-flip open shots.

I think this 'play some defense' and 'make shots' thing is working, let's keep doing that

That’s damn right, Weird Celtics Twitter luminary @wlohaty. Once they realized that a (however irrationally) proud Dubs team wasn’t gonna slack off and play dead at home on a Friday night, they amped up the energy and acuity on both ends of the floor.

Where this slow-start issue gets most troublesome is when its symptoms rear their head in fourth quarters. The Celtics have generally dominated their games’ final 12 minutes, but let their vicegrip on the Warriors slip a bit, enough so that Golden State briefly re-established a lead. (Slow starts also kill you in playoff games, but those are a long way away; it’s just something to keep an eye on.)

Turnovers decided the game.
Boston has been superb at forcing opponent turnovers and adept at keeping track of the ball this season. They couldn’t do the latter as well as usual last night, losing the rock 14 times—but the former held true. Turnovers have been a considerable weakness of Golden State all decade, both before and after their 2014-2019 dynasty period, and when All-Stars like Steph Curry and D’Angelo Russell aren’t on the court to balance those screwups with buckets galore, it’s a death knell.

The Jays, man. The Jays.
No one on the Cs could shoot for shit in the first quarter, but starting with Q2, the Jays began cooking: First Jayson Tatum, scoring 10 points in 5 minutes after a field-goal-free Q1 en route to a game-high 24, then Jaylen Brown managing a similar feat in the third quarter at a slower but more efficient pace (and nearly matching Tatum’s point total with 22).

Plenty of people outside Celtics fandom likely find it insufferable how much we proselytize in favor of the Jays…but as a pair they’ve developed into something truly remarkable, so those people can go pound sand, IMO.

Kemba had a blah game…until he didn’t, and just at the right time.
At the start of Q4, Kemba Walker had scored one field goal and amassed 6 points. He ended the night with 20. Dudes like Brad Wanamaker notably  up the guard play while Kemba took breaks and/or was struggling, but when it counted, He of the Cardiac bombed jumpers that you just knew would fall as soon as they left his hands.

Marcus Smart/MARKSMAN SMARF.
I’m sorry for that joke, but not for celebrating Smart’s deadeye shooting from beyond the arc, which continues unabated. Going 5 of 9 from deep one game after he went 4-8? Maybe it’s him knowing he has to step up his scoring a bit with Hayward out; maybe it was the Versace robe. Either way, YOU LOVE TO SEE IT.