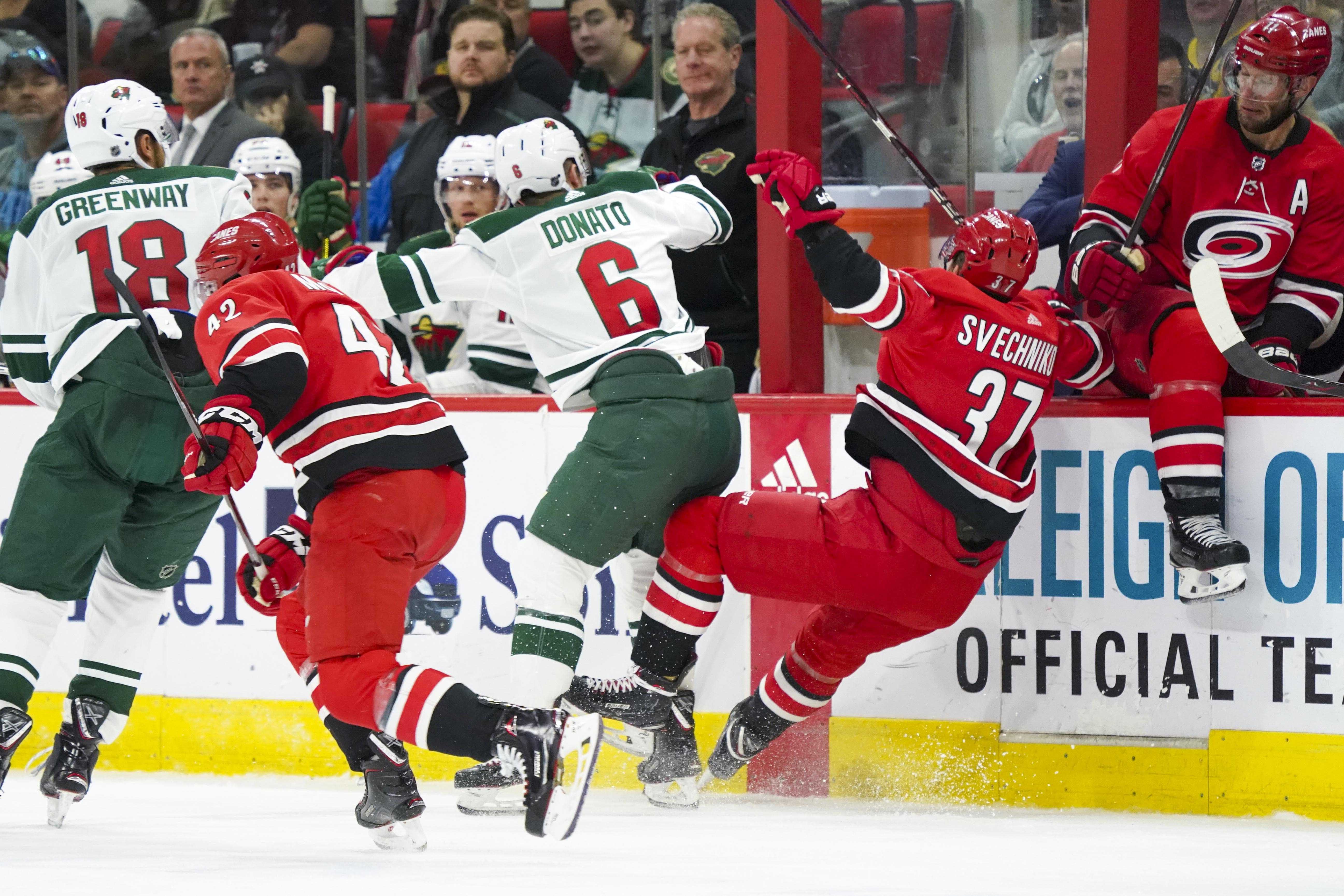 We’ve all had regrets in our lives at one time or another. Some are bigger than others. Generally, we also learn lessons from those regrets over the years (or at least we try to learn and not just become bitter). Hopefully, our regrets aren’t quite as permanent as a bad tattoo. Whenever I watch We’re the Millers, and I see this particular scene, I think of a show that used to be on A&E called Bad Ink. In this particular reality style show, tattoo artist Rob Ruckus would walk around Las Vegas, finding people who desperately needed their bad tattoos fixed. If you have never seen this particular show, some of the bad tattoos he was presented with, were true abominations of skin and ink. His talent and artistry were able to turn those bad tattoos into amazing pieces of artwork. I’m still amazed at what he was able to repair while doing it in a humorous way for the sake of television. Sadly, not all regrets can be so lighthearted.

This afternoon, the Minnesota Wild will be faced with two such regrets. The first, is that of the so-called “hockey trade” made by former General Manager Paul Fenton. That “hockey trade” sent a struggling Nino Niederreiter to Carolina for just Victor Rask in trade. This trade still baffles me to this day. Don’t get me wrong, I was in the camp who believed that Niederreiter needed to be traded, but what we got in return still has many people upset. Sure, we probably weren’t going to get the best of returns, but for a first round pick who has had some success, there should have been more than just Rask coming back in exchange. Of course the insult to injury was compounded when Fenton later performed another of his “hockey trades” that sent Mikael Granlund to Nashville for just Kevin Fiala. But that trade has nothing to do with today’s game. The other regret the Wild have to face is Erik Haula. He of course was lost to Las Vegas in the Expansion Draft in an effort to protect Matt Dumba. Now, Haula is a 4th line center in Carolina. Imagine how nice it would be to have speed like Haula’s on the 4th line. I know I would take his speed and Niederreiter’s offensive potential over what we currently have.

The Hurricanes are middle of the pack in the Metropolitan Division compared to Minnesota’s bottom of the Central Division. The difference in standings in the league are clear as day. First off, they are scoring on their opponents. Being in the top third of the league for both goals for per game and power play will definitely have you in the win column more often than not. I’m not sure what I would be thinking if the Minnesota Wild possessed a 3.42 goals per games. I have a feeling I’d be outside looking for flying pigs. Combine that with a 24.6% power play, and today’s game could be very painful. If the Carolina Hurricanes are in 4th place in their division, I don’t think my brain could handle looking at the stats for the three team ahead of them in the Metropolitan, and hope that we don’t have to play them anytime soon. What has Carolina in 4th place is their team defense. Their middle of the league goals against per game and penalty kill, has them in the middle of their division. While his number’s aren’t stellar, goaltender Petr Mrazek seems to be keeping them in more games than not. Must be nice.

At this point, the only regret I will have about this season is if this team somehow goes on a tear. Knowing our luck, they’ll figure out a way to win just enough games to either make the playoffs, only to get bounced in the first round or to end up just outside of the playoffs. Neither one of those scenarios puts you in a great draft position. Let’s face it, this is a team that we need to take advantage of a decent draft coming up. But unfortunately, this is a team that has had some highly regrettable drafts over the years. So regrettable, that they’ve hampered this team’s growth and development. I can guarantee that the fans are going to be highly (and rightfully) critical of Bill Guerin and the scouts if they mess this draft up. Considering Minnesota draft history, we have reason to be wary of this team’s ability to draft well. They better hope for the witness protection program if this draft goes poorly, just like the characters in We’re the Millers did.