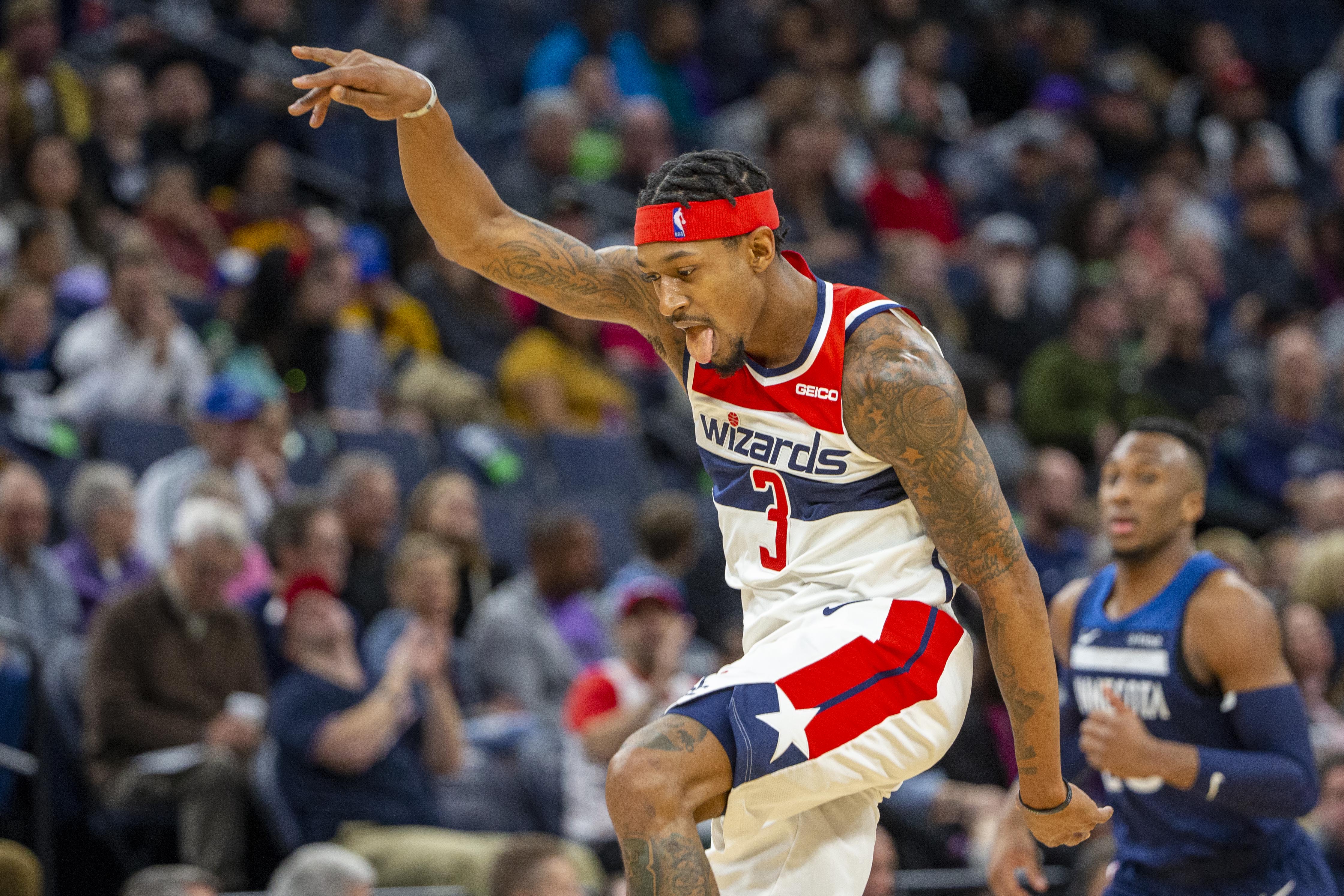 Everyone across the NBA knows that the Washington Wizards are not competing for a championship during the 2019-20 season. Bradley Beal understands he has to preach patience even though he is in the prime of his career. As one of the ultimate competitors, it can still become demoralizing to continuously lose during a difficult season. Going into Friday’s game, Washington (2-7) had the second-worst record in the league behind the injury-hampered Golden State Warriors.

Beal and the rest of the organization have already become frustrated by the team’s defensive woes which carried into their 10th game of the season where the Minnesota Timberwolves scored 73 points in the first half. Throughout Scott Brooks’ tenure as head coach, the Wizards’ Achilles heel has always been defense. In the past, it may have been primarily because of a lack of effort, while presently it may be more mistakes by a young team.

Bradley Beal not happy with the Wizards' defense: "We didn't [play defense], we have to change. Every game is like this." pic.twitter.com/abKNjOUUNh

The two-time All-Star joined ESPN’s Adrian Wojnarowski on The Woj Pod to touch upon many topics with several good nuggets. Recorded before Friday’s game in Minnesota, Beal discussed ht needed for a victory if for nothing else, a mentality boost. The likes of Isaiah Thomas and others hoped to shock the world with a playoff push this season. Even though that appears unlikely an eighth of the way through the year, it is still important not to fall into a permanently losing culture.

“I feel like in the outside world, yes,” Bradley Beal told Woj about the lesser level of scrutiny as a rebuilding team. “Me personally, no. Because I want to win. I hate losing, my teammates know that.”

“I was telling one of my teammates last night [after loss to Boston]. ‘We have to get a win soon,'” Beal explained to Woj. “Because eventually, you develop the mentality of ‘oh man there goes another one, there goes another one.’ No matter how hard we may compete, we can compete with the best of them, we can score 150 points, we’ve shown that, but it’s about how you win a ball game. I think being able to develop those constant habits of winning habits both on and off the court is going to help us in many ways.”

Bradley Beal continued his stellar season with a 44 point and 10 assist performance in 37 minutes. The soon to be three-time All-Star got an unexpected sidekick against the Timberwolves, second-year center Moritz (Moe) Wagner. Off the bench, the German big had career-highs in points (30) and rebounds (15) in just 25 minutes. Wagner also continues to rack up charges drawn as he leads the NBA with 11 this season.

Despite the brilliance from both Beal and Wagner, Washington escaped the Land of 10,000 Lakes with a victory because of their second-half defense. After surrendering 43 points to Minnesota in the second quarter alone, the Timberwolves were held to that same total over the entire second half combined. That is how the road team was able to pull away and keep the home team from making a comeback. The Wizards improved to 3-7 on the season.

Washington has already proved that they are a surprising force offensively with 111.7 points per 100 possessions offensive rating, third-best in the NBA. They have arguably the best two-way shooting guard in the NBA and a good compliment of attackers and shooters. The key for them to get wins will almost always be defense. They will have a good chance to pick up their second straight victory on Sunday when they are in Orlando facing the second-worst offensive rating team (101.9 points per 100 possessions) in the NBA. Racking up some wins is what will help ease all parties even if the Wizards cannot compete for playoff contention.