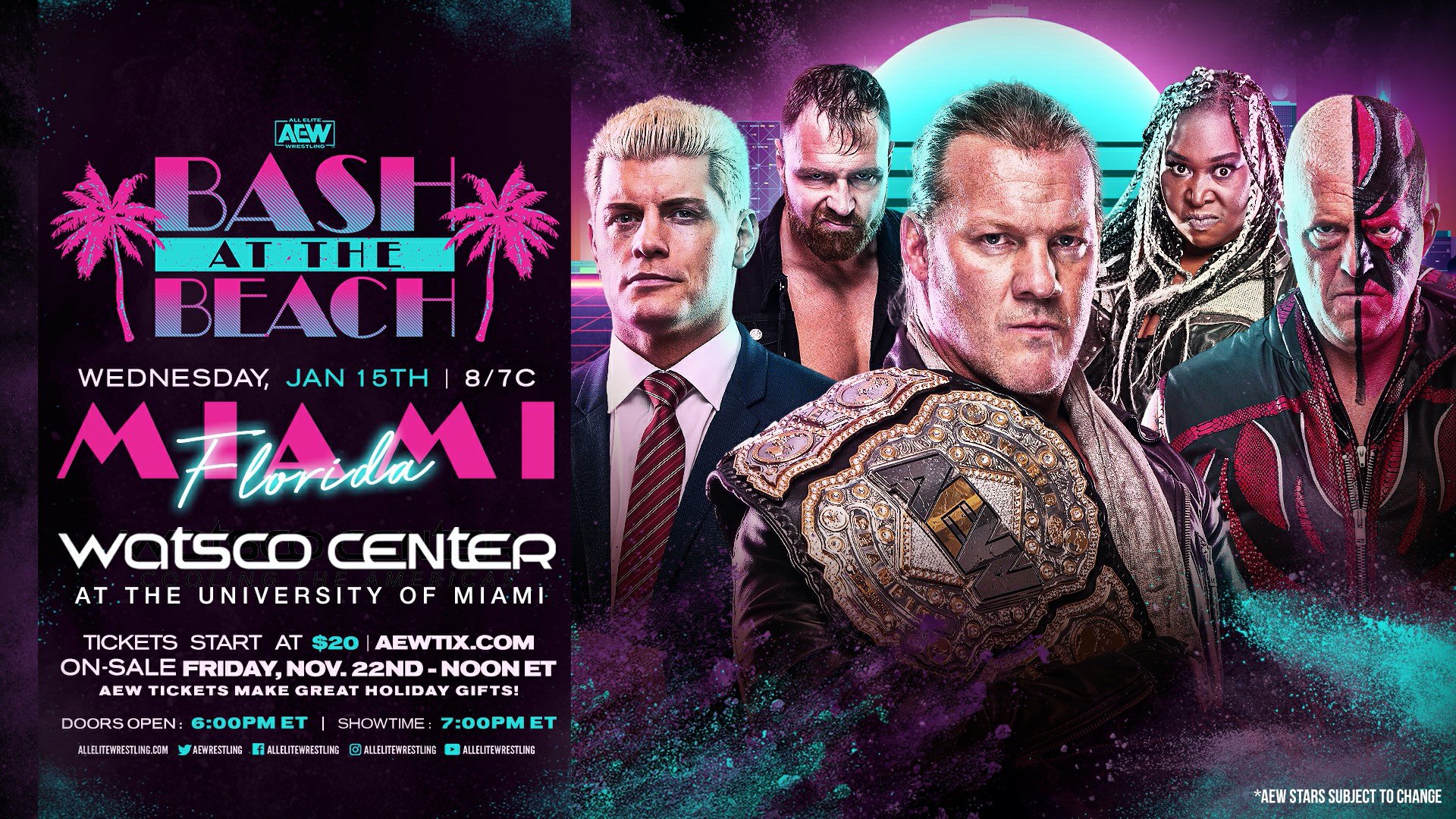 Since creating All Elite Wrestling, Cody Rhodes has done everything he can to bring back some authenticism back into pro wrestling. You can see some of that every Wednesday on AEW Dynamite. Now, AEW will look to take that up a notch.

It was announced that the upcoming January episodes of AEW Dynamite in Miami will be featured as a Bash at the Beach event. This comes after Cody recently filed trademarks for several old WCW PPV names.

The #AEWDynamite scheduled for Wednesday, January 15th in Miami, Florida has gotten just a little bit bigger now as the event will be Officially Titled: BASH AT THE BEACH

Bash at the Beach will be part one of a nine-day tour that is linked with Chris Jericho’s Rock N Wrestling Rager at Sea cruise. The event will start the festivities on the 15th of January inside the Watsco Center at the University of Miami. Following that event, there will be a taping for the January 22nd show on the cruise.

“AEW’s Bash at the Beach events will deliver nine unforgettable days of wrestling and much more from the hottest company in the business today,” said AEW World Champion Chris Jericho in a press release. “Thousands of the Friends Of Jericho onboard the SOLD OUT ‘Rock N Wrestling Rager At Sea’ will have the experience of their lives, and now millions more will be able to watch AEW Dynamite along with us, as we break out the bubbly together from Miami to the Bahamas.”

Originally starting in 1994 and held primarily in Florida, Bash at the Beach occurred until 2000. The event gave WCW a different, themed vibe compared to WWE programming. One of the most memorable moments from WCW was at Bash at the Beach in 1996 when Hulk Hogan betrayed WCW and formed the New World Order with Scott Hall and Kevin Nash.

With this classic event coming back under a different entity, it opens the door for AEW to produce other shows that could potentially bring back old school fans. It could also convince WWE to promote other events, as Vince McMahon’s company recently brought back WCW’s Starrcade.

Tickets for the January 15tth show will be going on sale Friday, November 22, at noon.