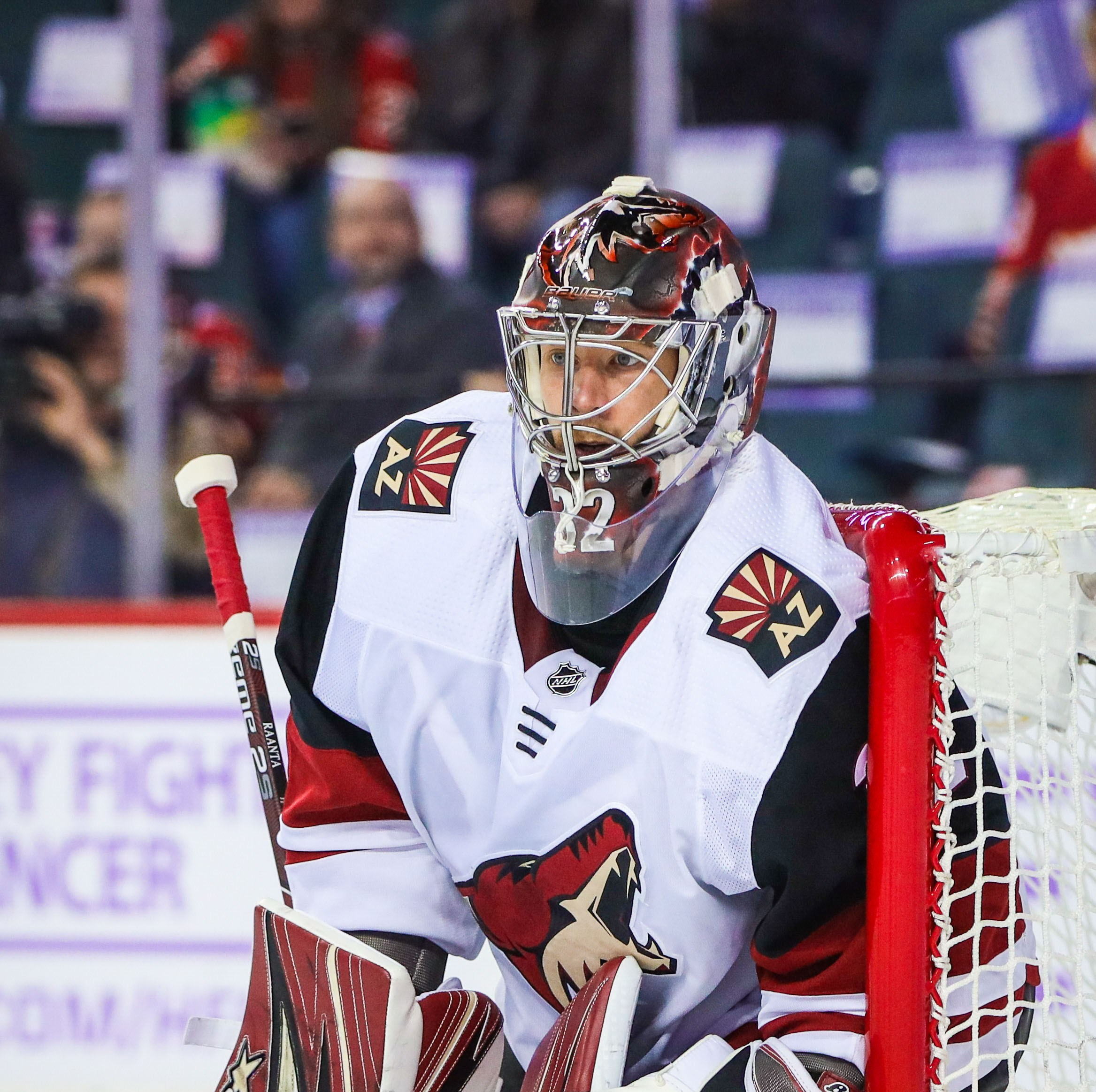 Raanta made six saves in the first period, 14 saves in the second period and 11 saves in the third period. Former Kings captain Dustin Brown of Ithaca, NY, led the Kings with four shots on goal.

Then at 10:47 of the third period a third American scored for the Coyotes. Defenseman Jakob Chychrun of Boca Raton, FL scored his fifth goal of the season from Garland and Schmaltz. In an interesting statistic, American-born players not only scored all three of the Coyotes goals, but recorded six assists as well, and were involved in 100% of the Coyotes total offensive scoring.

So far in 2019-20, Raanta has a record of four wins, two regulation losses and two losses in extra time. He has a goals against average of 2.69 and a save percentage of .922. Raanta has only seen eight games of action in 2019-20, mostly because Darcy Kuemper has been remarkable in between the Coyotes pipes. Kuemper has a record of 9-5, a goals against average of 1.85 which leads the NHL and a save percentage of .937. Kuemper is also tied for the National Hockey League lead in shutouts with two.

The Coyotes are currently in second place in the Pacific Division with a record of 13 wins, seven regulation losses and two losses in extra time for 29 points. They are only one point back of the division leading Edmonton Oilers.