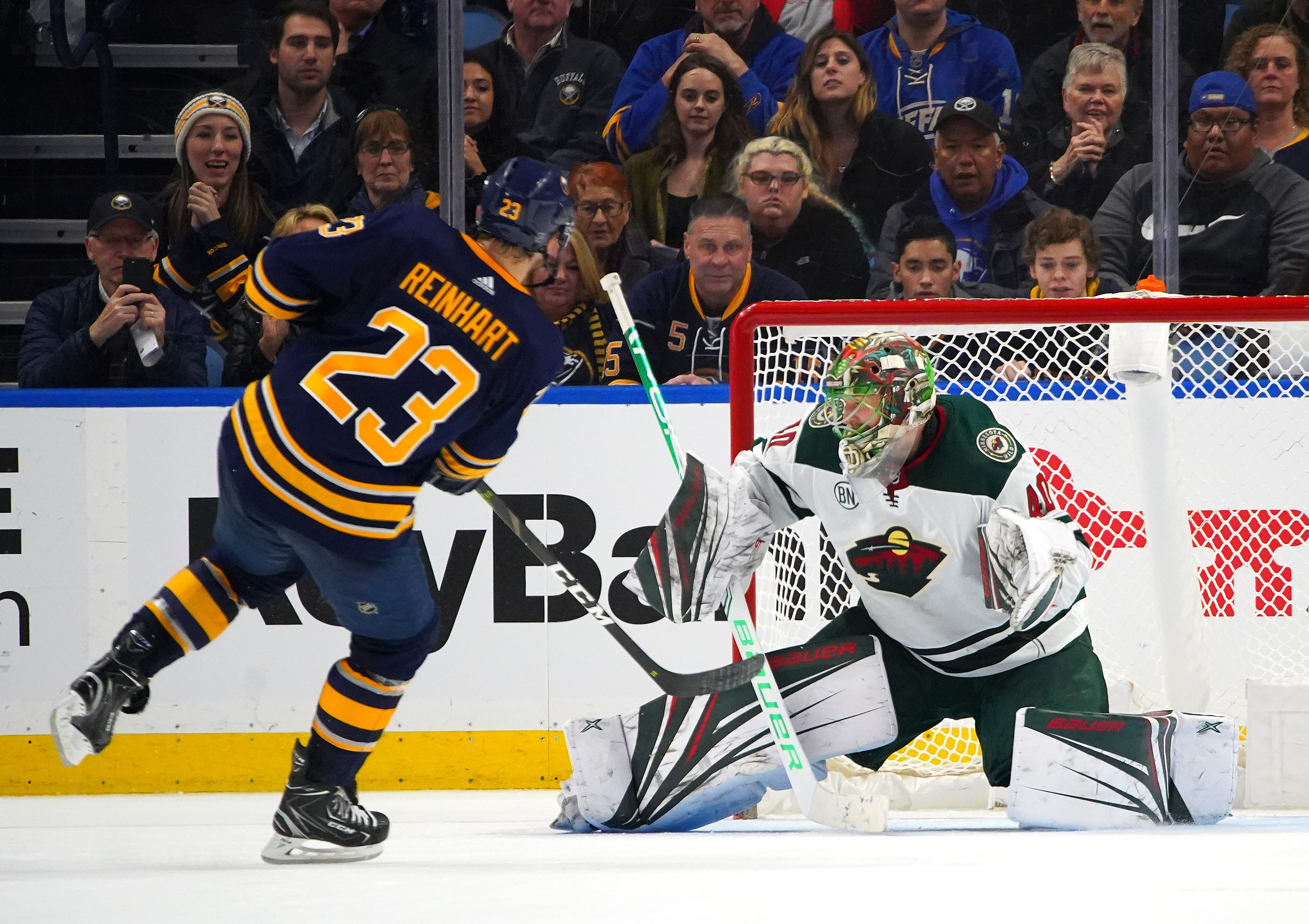 So last night, we caught this year’s Hockey Hall of Fame induction ceremony. Being inducted this year are Vaclav Nedomansky, Sergei Zubov, Haley Wickenheiser, Guy Carbonneau, Jim Rutherford, and Jerry York. At one point during the ceremony, often maligned NHL Commissioner, Gary Bettman gave probably one of his best speeches ever. Talking about builders of the game such as Rutherford and York, he made mention of last season’s ultimate Cinderella story, that of the Saint Louis Blues. At this time last season, the Blues were dead last in the league. Things were looking bleak. But then Cinderella, I mean Jordan Binnington made his NHL debut, and turned the team around, for a town that often chews up goaltenders and spits them back out. As I was listening to Bettman, I realized that “hey, the Minnesota Wild are currently in last place.” Stop right there people. There is no way anyone out there should even start to compare last season’s Blues to this season’s Minnesota Wild. It’s not even close. Being in last place, as hard as it is to watch, it really is the first step in the right direction.

Don’t believe me? Tonight, we face one of those teams who has frequently been at or near the bottom of the league. That poor performance over the years has eared them some fantastic draft picks over the years. Case in point, Jack Eichel the number two overall pick in 2015. I know I would definitely love to have his 13 goals on the Wild roster. Heck, our two top goal scorers in Eric Staal and Jason Zucker still don’t equal together what Eichel has scored. Then you can add the number two overall pick in 2014, in Sam Reinhart. His eight goals are still more than any of the Wild’s individual goal scorers. Adding to the top talent in the first round category, is Rasmus Dahlin who the Sabres drafted first overall in 2018. Sure, his goals aren’t much to write home about, his 12 assists are clearly setting up his teammates. Also adding to the assists and the penalty minutes is the number eight overall pick in 2013, Rasmus Ristolainen. Sure, seven assists isn’t great, but it’s still better than some of Minnesota’s skaters. But the Sabres have also picked up other first round picks in Jeff Skinner (seventh overall in 2019 by the Carolina Hurricanes) and Kyle Okposo (seventh overall in 2006 by the New York Islanders). If you wanted to know the truth of the matter, the Buffalo Sabres currently have nine first round draft picks on their roster. Must be nice.

For the most part, the Buffalo Sabres are playing a game of “slow and steady wins the race.” And by that, I mean they’re not flashy. They’re not leading the league in any of the team stats. But they’re not at the bottom of the league either in any of those stats, except penalty kill. But between their ability to score and for the most part keep the puck out of their net, it’s what has the Sabres in fourth place in the Atlantic Division. Now I’m sure they wish it was better, but considering where they’ve landed in the standings over the years, they probably don’t mind. Heck, if they keep improving, they just might make the post season, which isn’t something they can say they’ve done in recent seasons. Even last season was an improvement in their season finishes. When a bunch of met up with the guys from Three In the Box for their final podcast episode, I made mention that the Buffalo Sabres that we had recently lost to just before that episode, were not the Sabres of other recent seasons. We were already seeing their improvement last season. Now, Buffalo has to figure out a way to continue to improve and get back into the playoff picture. Not only make the playoffs again, but to consistently make the playoffs year after year.

I don’t know how long Minnesota will be allowed to be bad. Just one bad season doesn’t drastically improve a team. You need several seasons of poor results in order to build the team via the draft. And then when you get those top rated prospects, you need to be able to hold on to them long enough to develop them instead of trading them away for little to nothing or worse, aging talent. Minnesota needs to be bad for several seasons and to allow bad contracts to expire. But again, will ownership and fans allow that to happen? I don’t know, and that’s the scary part.