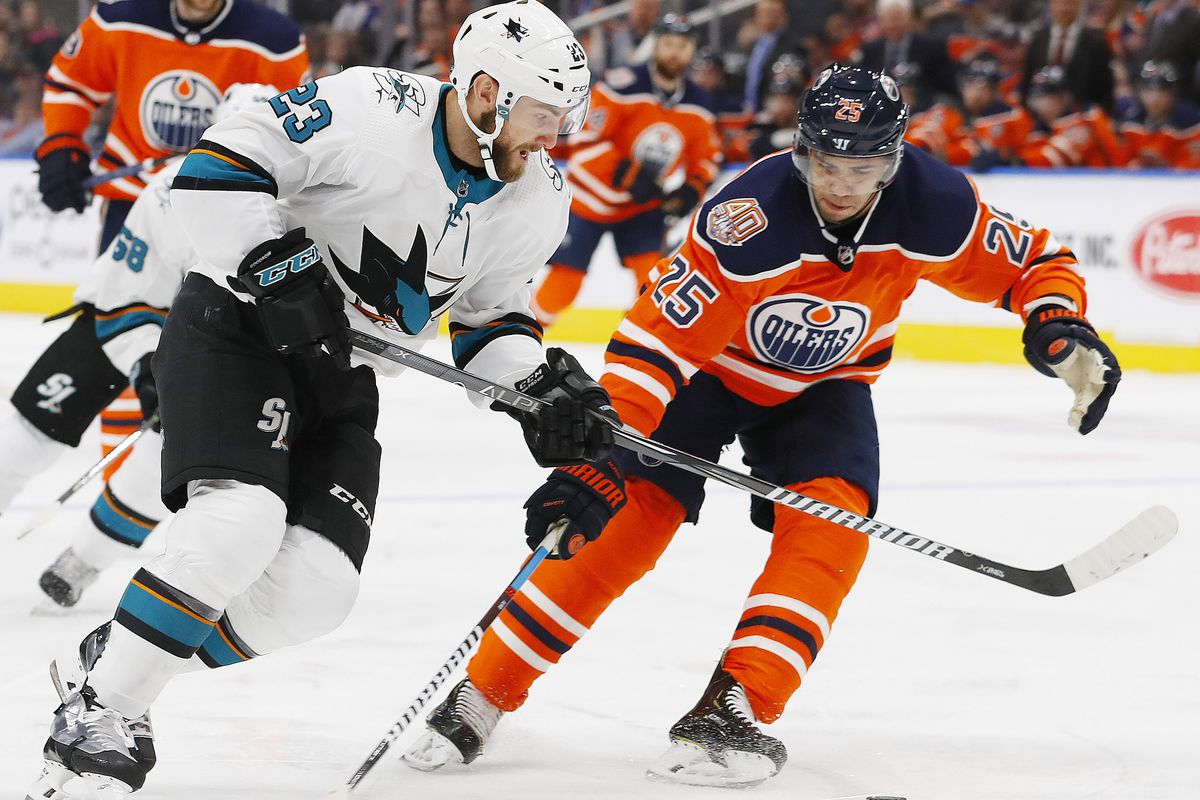 One week ago, the Edmonton Oilers were buried by the San Jose Sharks. They trailed 3-0 through one period and never got back into the game. Tonight, they return to the SAP Center looking for revenge. The Oilers kick off a vital road trip with the second of four meetings against the Sharks this season.

The Sharks ended up taking a 6-3 victory last Tuesday night, scoring three on Mike Smith in the opening twenty minutes. The Oilers have responded nicely since then, picking up three of a possible four points. They are also close to getting Adam Larsson back. The veteran defenseman plans to play on Thursday night.

Mikko Koskinen gets the start for the Oilers, while Martin Jones gets the nod for the Sharks.

Edmonton: Full 60. The Oilers didn’t show up for the first period last Tuesday night, and completely went to sleep in the third period on Saturday. On both occasions, it cost them in a big way. The Sharks are a good veteran team that is finding their stride. The Oilers will need to play a full 60 minutes tonight if they want two more points.

San Jose: Stay disciplined. At five-on-five, the Sharks dominated a week ago. The only time the Oilers seemed to gain any traction was when they were on the powerplay, scoring three goals on the man advantage. Play a disciplined game, stay out of the box and the Sharks will be in golden position to pick up two points.

Edmonton: Caleb Jones could be playing his last NHL game during this recall. That said Jones, with a good night, could force Dave Tippett to make an interesting decision when Larsson does in fact return. I’ll be keeping a close eye on the young defenseman. He’s looked good in his first two games. That transition ability and calmness with the puck is much needed in Edmonton.

San Jose: With 12 goals on the season, Evander Kane is the most lethal goal scorer that the Sharks have. A punishing forward with speed, skill and the ability to piss you off, Kane is the kind of player you absolutely love to have on your team, but hate to play against. He always seems to show up against the Oilers. He’ll have some sort of impact on tonight’s game.

Joel Persson was assigned to AHL Bakersfield on Monday as Larsson closes in on a return. He’s not ready just yet, and will remain out. Brandon Manning, Sam Gagner and Patrick Russell will be scratched up front.

The Sharks continue to adjust to life without Joe Pavelski, who signed with the Stars as a free agent on July 1st. The lineup remains the same as last Tuesday night.

The Oilers offense has not been a problem this season. The club has scored 71 goals, which has them tied for fifth in the league. The goals against has been better, as the club has surrendered 61 tallies. That puts them at +10 in goal differential. That is tied for 7th in the NHL.

A big reason why the offense has been so good? Edmonton’s powerplay is on a different level. Specifically, Connor McDavid and Leon Draisaitl. McDavid has the most powerplay points in the NHL with 18, while Draisaitl has the second most with 14. Stay out of the box against these two or they will make you pay.

The Oilers are kicking off their longest road trip of the season. This five-game journey takes them to San Jose, Los Angeles, Vegas, Arizona and Colorado. Their next home game isn’t until November 30th, when they host the Vancouver Canucks in the final game of the month.