Which Packers' Receivers Should Get the Most Playing Time Down the Stretch? 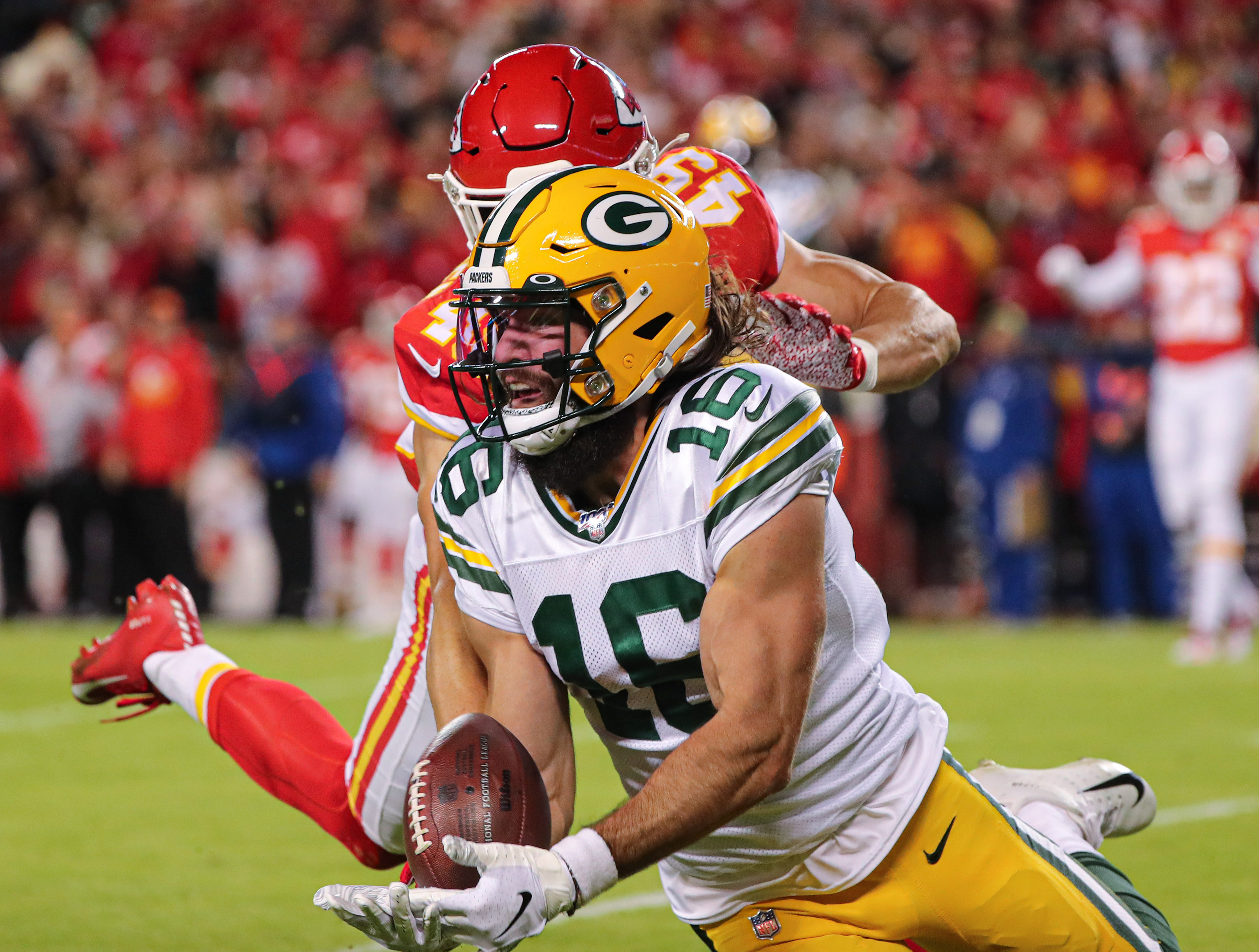 Which Packers' Receivers Should Get the Most Playing Time Down the Stretch?

Ten games into the season, the Green Bay Packers are still facing questions about their receiving corps. It is clear Davante Adams is WR 1 and when he’s healthy, he is clearly Aaron Rodgers’ most dangerous weapon on the outside. But after Adams, the situation gets a little murky with several players competing for snaps and targets in the Green Bay offense.

Here is a look at the Packers receiving corps behind Adams, what their strengths and weaknesses are and who should get more playing time down the stretch.

Players are listed here by the number of catches they have so far this season:

Allison is an experienced veteran who runs accurate routes and has made big plays in the past. He has struggled through some nagging injuries this season and it has slowed his production at times.

The Illinois alum has a surprising number of drops this season and his 23 receptions have come on 37 targets.

Allison operates well in the slot and has good size at 6’3” and 202 pounds. He has had the trust of Rodgers in the past but this season, Rodgers seems more reluctant to throw the ball Allison’s way.

The coaching staff is hoping for a strong finish from Allison which would take some pressure off Adams and give Rodgers more options.

Valdes-Scantling is the fastest Packers receiver and their best deep threat. It seems like Rodgers tries to throw the ball deep down field to MVS on a post pattern at least once a game. He will often go to Valdes-Scantling when he has a free play after drawing opposing defenders offside.

The South Florida product is averaging a team-high 19.1-yards per reception, but his problem has been getting on the same page as Rodgers on shorter and intermediate routes.

MVS has only one catch in the Packers last three games and seems to be less and less a part of the offense after a stronger start. In fact, he has not had more than three catches in a game since the Week 4 contest against the Eagles.

Rodgers has admitted in interviews he has never had a receiver as fast as Valdes-Scantling and he still needs to figure out how to best incorporate him into the offense. For now, it seems like MVS will be used predominantly as a deep threat.

While Valdes-Scantling started the season more involved in the offense and has since faded, Lazard started as a non-factor and has come on stronger since his breakout game against the Lions in Week 6. In fact, the Iowa State product has made at least three catches in every game since then. In the first five games, he barely saw the field on offense and did not make a single reception.

Lazard has a different skill set than the other Green Bay receivers in part due to his 6’5” frame. He has gained Rodgers’ confidence as the season progressed and poses matchup problems for smaller cornerbacks, especially in the slot.

Lazard still needs to improve his consistency and his catches tend to come in bunches. If he can be more consistent as he gains more experience, he is probably the leading candidate to play a larger role in the offense in the final six games.

Kumerow is a fan favorite in Green Bay. The Wisconsin-Whitewater alum was a longshot to make the team a year ago but found his way onto the roster after a strong preseason.

This year, he has missed two full games due to an assortment of nagging injuries.

Kumerow also has excellent size at 6’4” and he runs precise routes. Rodgers trusts Kumerow to be in the right place at the right time and he usually is.

Right now, he comes in mostly when the Pack goes to three or four receiver sets. Kumerow struggles to gain separation from opposing defenders at times and needs to improve his consistency to become a bigger part of the offense in the final six games.

The Packers signed Grant shortly after trading Trevor Davis to Oakland and after injuries struck the receiving corps. He has yet to dress for a game this season and it is not clear if he is anything more than an insurance policy for the Packers at this point.

Grant is learning the offense. The sixth-year man from Tulane adds experience in case injuries strike at receiver again late in the season.

Right now, it looks like Lazard and Allison are the two candidates most likely to earn more playing time down the stretch. Rodgers feels the most comfortable with them and they have offered the greatest combination of consistency and reliability: Lazard in recent weeks and Allison over the course of his career.

Look for MVS to continue to get deep balls and Kumerow to see action in multiple receiver sets.

Any one of these players can get increased playing time in any game by getting a hot hand or taking advantage of favorable matchups at the right time.