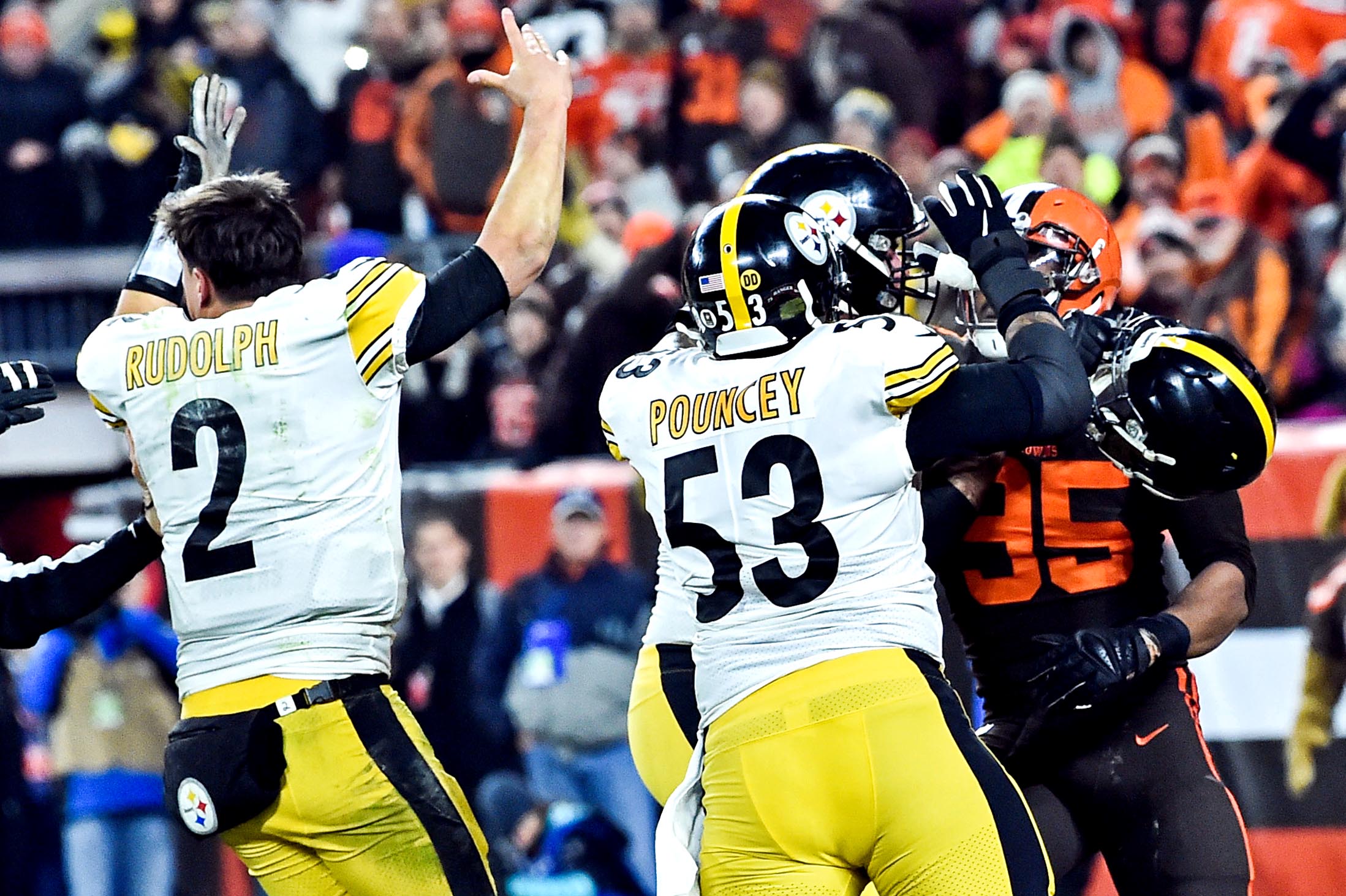 Browns defensive end Myles Garrett is taking the majority of the criticism from the public for his role in Thursday’s end-of-game fight, but his opposition wants the public to know that he played a part as well.

Steelers quarterback Mason Rudolph — who Garrett hit over the head with his own helmet — has finally come out and addressed the issue.

Rudolph was lucky to not be suspended for his role in the incident, and he does appear to be aware of that. On the other side of the fence, Garrett was suspended indefinitely by the NFL, and won’t play another game this season.

Here’s what Rudolph had to say about the fight.

Mason Rudolph addressed the Thursday incident in a prepared statement and brief Q&A before walk through.

“I consider it a privilege, not a right to be a part of the NFL. To be part of a first class organization … and I fell short of that expectation last Thursday night.” pic.twitter.com/2OHiDWLEBm

Well said. It’s likely that a PR official helped craft that statement, but it was honest, and effective.