Packers Looking to Make Adjustments on Defense After Bye Week 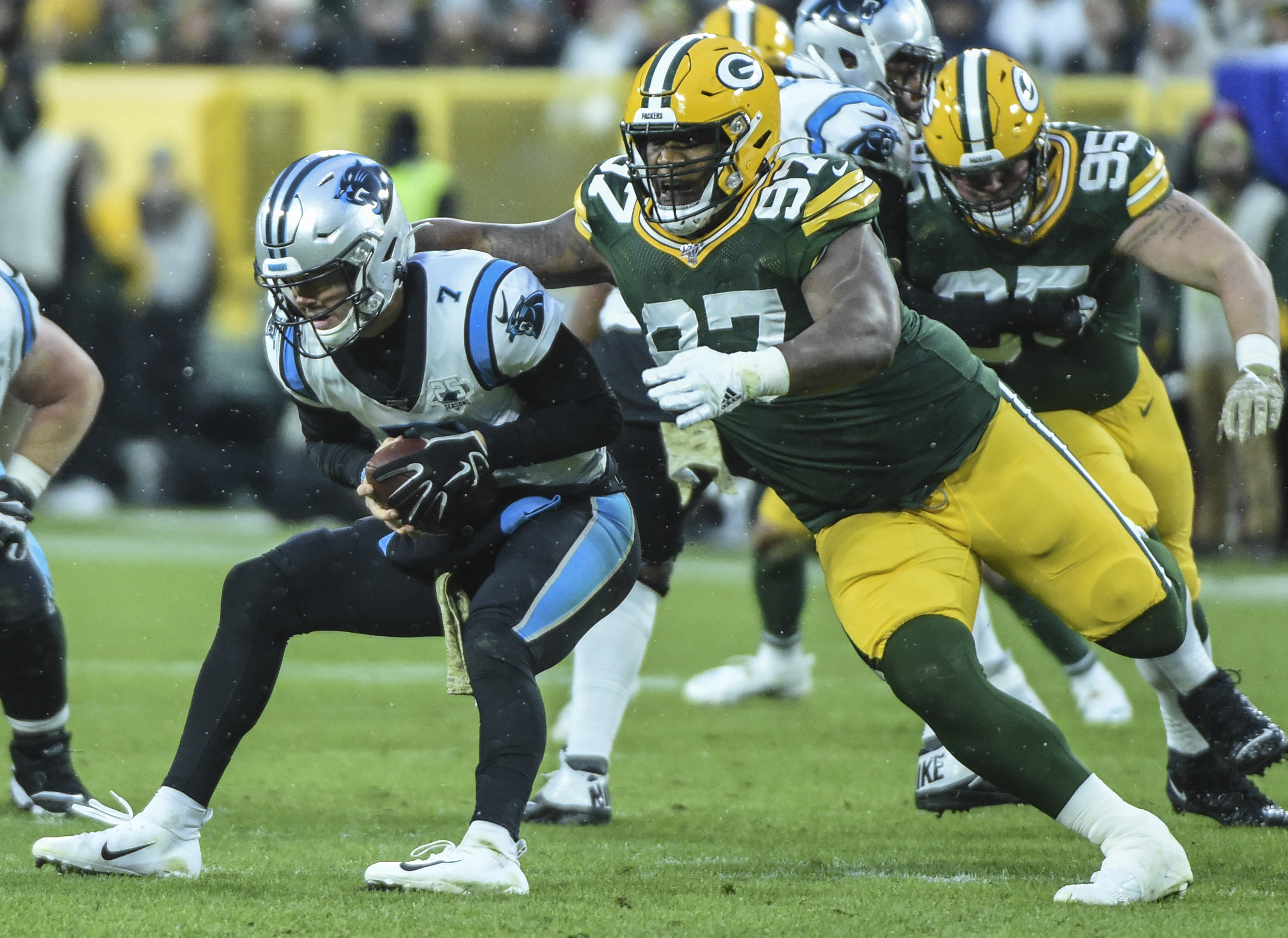 Packers Looking to Make Adjustments on Defense After Bye Week

The Green Bay Packers went into the bye week prepared to self-scout and make some corrections to their own team. One big area this was needed was on defense.

The numbers don’t lie. Green Bay’s defense is ranked 23rd in the league against the pass, 25th against the run and 28th overall in yards allowed per game.

The Pack has also allowed too many big plays this season. Opponents have already completed 38 passes that gained 20 or more yards and have run for 15 yards or more on nine occasions.

“There’s a lot of things that’s pretty obvious in terms of what we need to clean up from a defensive perspective of giving up the big plays,” head coach Matt LaFleur admitted in his Tuesday press conference. “We just looked at what we did well and what we need to improve upon as well and just some tendencies that we need to break moving forward.”

One reason the Pack is 8-2 is that the defense has come up with turnovers and has played well in the red zone, forcing opposing teams to settle for field goals or holding the opposition off the score board in key situations. As a result, the Packers are 14th in the league with 20.5 points allowed per game.

Both the players and coaching staff are aware that they need to get better on defense if they hope to finish strong and be contenders come January.

“We’ve got to continue getting better from a defensive standpoint,” said veteran cornerback Tramon Williams. “We’ve got to look in the mirror at ourselves and do better than we did in the first half of the year. We did OK but we still gave up too many yards. We need to do some different things and hopefully we get hot when we need to.”

The team is not in panic mode. They know what they are capable of and what lies ahead of them in the final six games of the regular season.

When asked about the bye week, defensive lineman Kenny Clark simply said, “Just a week to recharge, just refocus and just figure out everything that worked out good for you and didn’t work out so well for you and try to fix those things.”

The team is not in panic mode. They know what they are capable of and what lies ahead of them in the final six games of the regular season.

When asked about the bye week, defensive lineman Kenny Clark simply said, “Just a week to recharge, just refocus and just figure out everything that worked out good for you and didn’t work out so well for you and try to fix those things.”

The Packers will face an immediate challenge this week in San Francisco. The 49ers are 9-1 and the winner of this game will have the inside track for the number one seed and home field advantage throughout the playoffs.

Sunday’s game will also be a chess match as LaFleur has worked with 49ers head coach Kyle Shanahan in Houston and Atlanta. The two come from the same coaching tree and are very familiar with each other’s tendencies after working together.

The extra week to prepare should allow LaFleur and defensive coordinator Mike Pettine to create an effective game plan to slow the 49ers offense.

Either way, the bye week was about fixing things and making tweaks on both sides of the ball.

“You’ve always got to take a hard look at yourself and study what everybody else is studying because you’re always trying to scheme up each other in this league,” LaFleur said. “So, you definitely want to even out some things tendency wise and build on some things you think you’re doing a good job with.”

On the defensive side of the ball, time is running out to make those needed corrections. Few teams make deep playoff runs giving up so many yards consistently game after game. The Packers remain confident that they have the talent to get the job done. Now, they just have to do it.