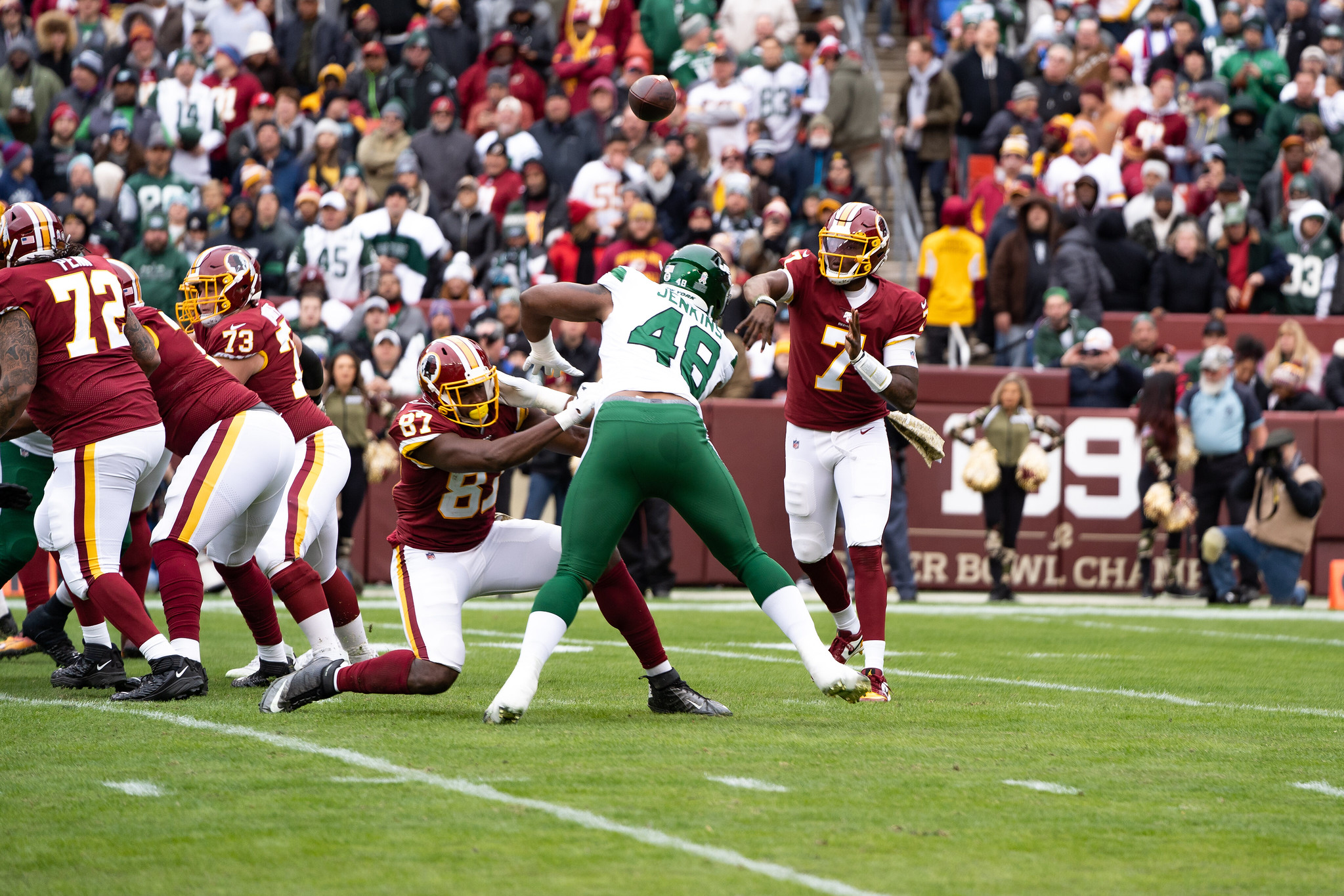 LANDOVER, MD – Dwayne Haskins started his first game at FedEx Field on Sunday. The 22-year-old Rookie QB ended the game 19 for 35 throwing for a total of 214 yards, 2 touchdowns, and an interception. His inability to deliver in the red zone played a part in the 9th loss of the season for the Redskins. He didn’t get much help from his offensive line who allowed 6 sacks as the Jet’s defense took their turns hitting the rookie.

On the bright side, the young Redskins trio of Dwayne Haskins, Derrius Guice, and Terry McLaurin all made big plays and showed some Redskins faithful a glimpse of what is to come in future seasons.

Derrius Guice who played his first game since tearing his meniscus in Week 1 against the Philadelphia Eagles caught a 45-yard screen pass for a touchdown. The touchdown was the Redskins first in 16 quarters, and also Guice’s first NFL touchdown.

The Redskins look to bounce back Sunday against the Detroit Lions (3-6) back at FedEx Field. You can find my top photos from Sunday’s game against the Jet’s here.