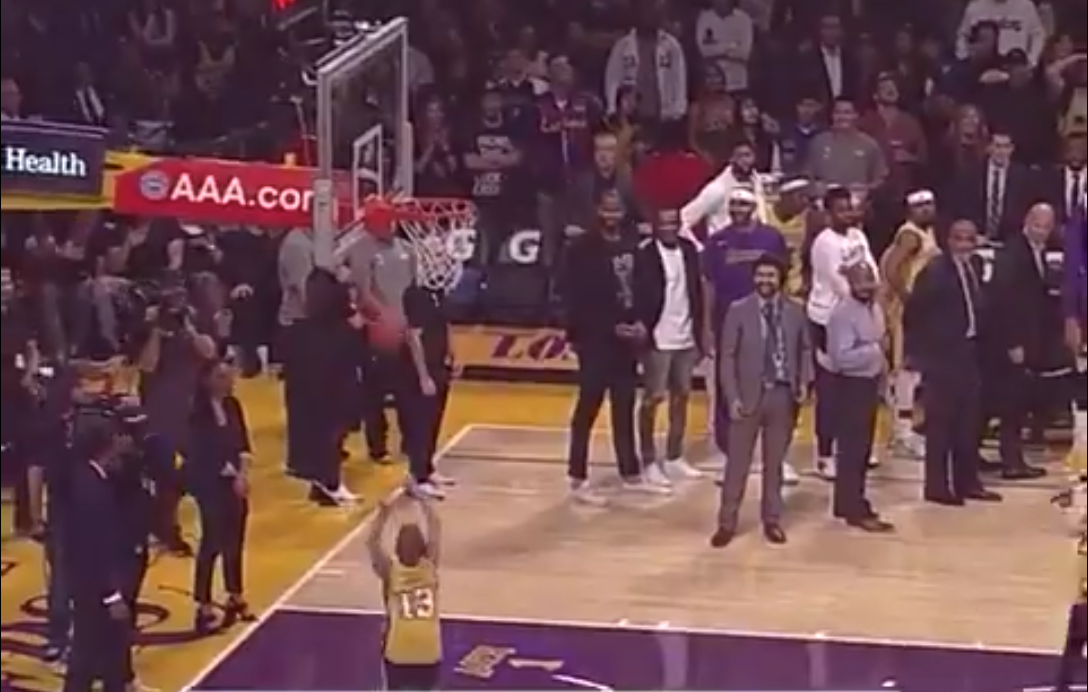 We may have gotten a glimpse of a future basketball star during Tuesday night’s game between the Lakers and Thunder, and he just so happened to come from the crowd and not one of the benches.

During a timeout, a 10-year-old named Maxx was picked for the “Half Minute to Win It” contest at Staples Center. He had exactly 30 seconds to score 30 points from various spots on the court. Not only did he get all 30 before time was up, but he also couldn’t miss, hitting shots from all over the floor.

Our buddy Maxx out here trying to get himself a contract! 🤯🤯🤯 pic.twitter.com/4grjZQziXA

Maxx’s performance was so good that he got the attention of several players and coaches from the Lakers bench, including center JaVale McGee, who came over to high-five the young fan.