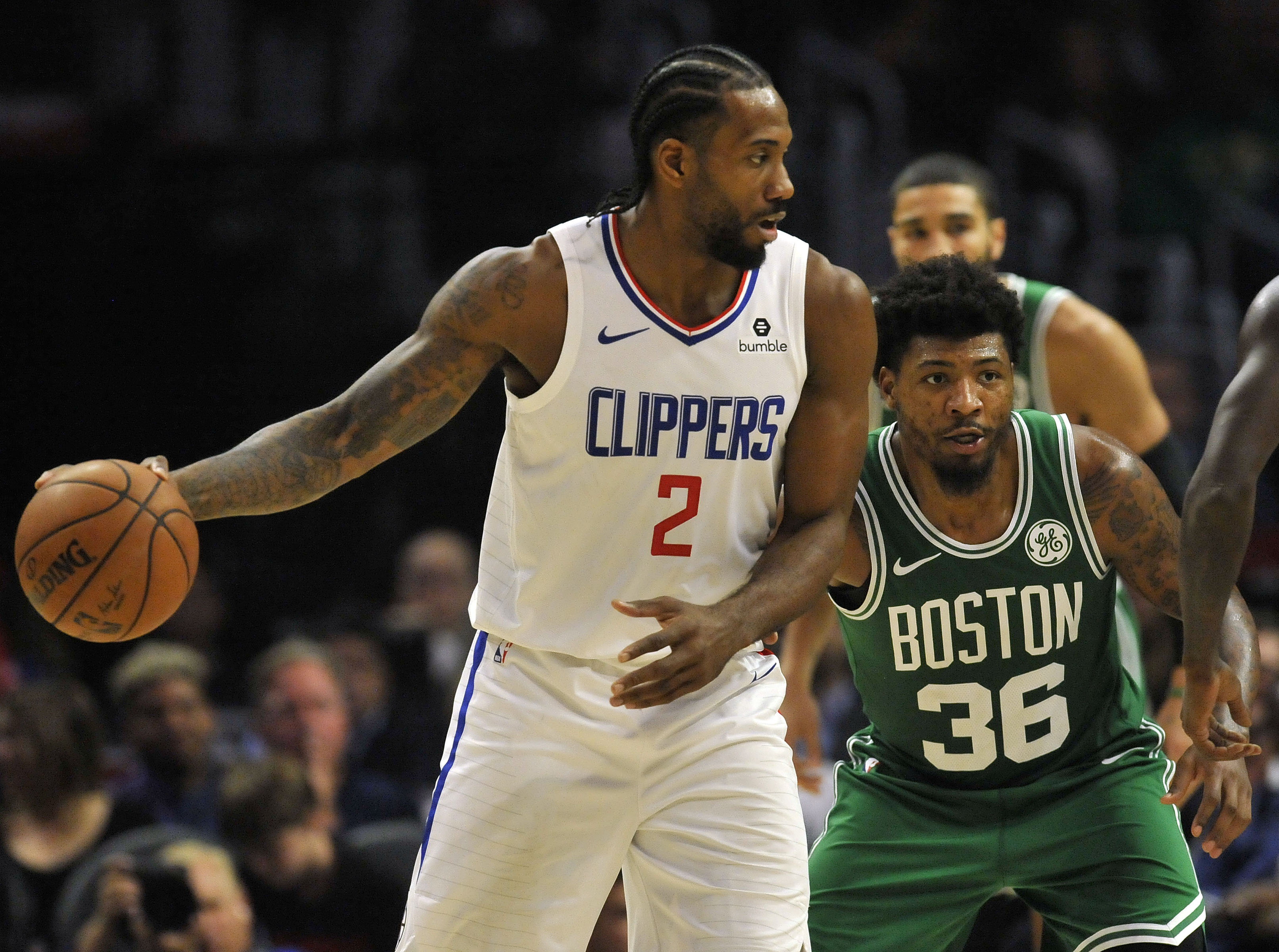 Kawhi Leonard is a man of few words and even fewer emotions, so when a reporter asked him to talk about his posterizing dunk over Celtics big man Daniel Theis on Wednesday night, the Clippers forward responded in the most Kawhi Leonard way ever.

Clippers’ Kawhi Leonard goes full monotone to describe blow-by-blow his poster dunk on Daniel Theis and game-sealing block: “What do you want me to say? Patrick threw me the ball, I took two dribbles into the paint and tried to jump high and dunk the basketball.” pic.twitter.com/tKkwC7REmZ

For those that didn’t see it, Leonard’s dunk was far more exciting than how he  actually described it. It nearly blew the roof off at Staples Center. Take a look for yourself:

Leonard also had the game-sealing block on Celtics guard Kemba Walker to preserve a 107-104 victory in overtime against Boston, but once again, he didn’t show one bit of emotion:

Kawhi Leonard with one of the most emotionless game-ending blocks you'll ever see 😐pic.twitter.com/AmBsdgwc6P

He might not show emotion on the court or give interesting quotes after the game, but you can bet Los Angeles is ecstatic to have Leonard because of plays like this to help win games.