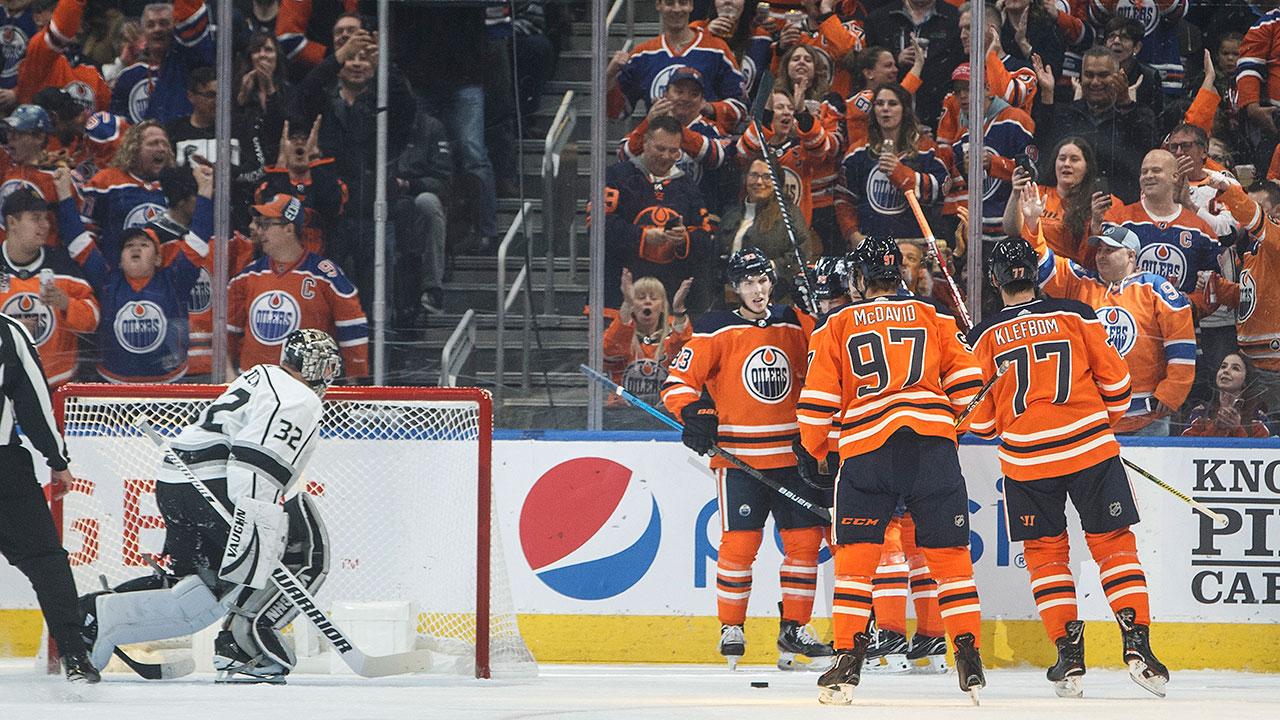 The Edmonton Oilers make their second stop on a vital five-game road trip tonight as they visit the Los Angeles Kings in the second of four meetings on the season between the sides. Edmonton claimed a 6-5 victory at Rogers Place on October 5th.

The Oilers are coming off of a strong 5-2 victory in San Jose to open their road trip on Tuesday night. It was Edmonton’s first regulation victory over the Sharks in San Jose since Game 6 of the 2017 Stanley Cup Playoffs. Connor McDavid added three points in the win, which saw five different Oilers score.

Mike Smith gets the start for the Oilers, while Jonathan Quick gets the nod for the Kings.

Edmonton: Match the urgency from Tuesday. The Oilers came out on Tuesday night with a purpose and were in control for most of the night against the Sharks. The Kings, last in the west, will be desperate. The Oilers have a tendency to lose games they shouldn’t by not matching the intensity of lesser teams. That can’t happen tonight.

Los Angeles: LA’s forecheck caused tons of problems for the Oilers in the opening meeting of the season. It forced goalie Mike Smith to make two fatal mistakes that ended up in the back of the net, and resulted in numerous turnovers for the Oilers. Attack tonight with that speed and urgency and try to force those same mistakes.

Edmonton: Oscar Klefbom loves to torch the Kings. The defenseman has 19 career points in 19 games against the Kings, including ten in the last four meetings between the sides. Klefbom played arguably his best game as an Oiler on Tuesday and I expect a good follow up tonight.

Los Angeles: Anze Kopitar scored a goal and had two assists for the Kings when they visited Edmonton earlier this season. Kopitar is also LA’s top option, leading the team in goals, assists and points (7-15-22). He’s without doubt the player that deserves the most attention on this Kings team.

Matt Benning was injured on Tuesday when he took a high-stick from San Jose’s Evander Kane. As a result, he is expected to miss tonight’s game along with Brandon Manning (hand), Sam Gagner (healthy) and Patrick Russell (healthy). Adam Larsson returns on defense, his first game since opening night.

The Kings are without veteran forward Trevor Lewis (lower-body) and defenseman Derek Forbort (back). Ilya Kovalchuk is also away from the team, and appears to have played his last game with the Kings. Nikolai Prokhorkin has been brought up from AHL Ontario since the last meeting.

This matchup has been quite friendly to the Oilers over the last few seasons. Edmonton is 5-2-0 in their last seven against the Kings, but that success doesn’t follow to Southern California. The Oilers are a putrid 1-13-1 in their last 15 games in LA, including two regulation losses a season ago.

This will be the third time this season that the Oilers face a former coach. They are 2-0-0 in those games, scoring six goals per game. They defeated the Kings 6-5 back in October, then defeated Dallas Eakins and the Anaheim Ducks earlier this month.

Your daily Leon Draisaitl update, as the German continues to torch the NHL. He’s accounted for 21.7% of the Oilers team goals this season, and has registered 30 even-strength points on the season. That mark is good for first in the league and is six more than any other player in the NHL. He extended his point streak to 13 with an assist on Tuesday night.