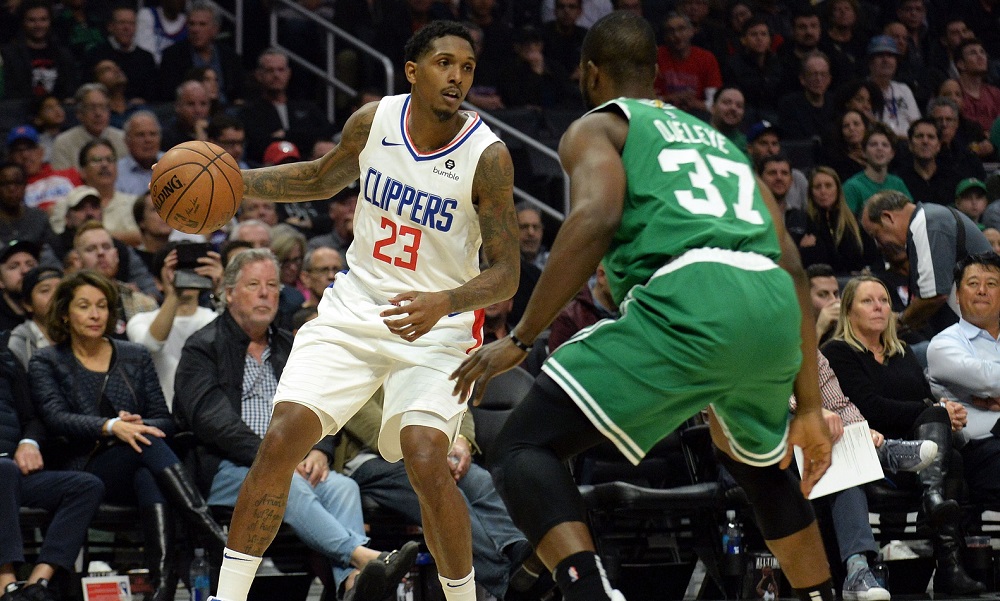 If this was actually a Finals preview, we may not survive seven games like it.

The Celtics battled and led most of the night in Los Angeles, but a late rally by the Clippers enabled LA to escape with a 107-104 win in overtime.

The Clippers, who overcame 23 turnovers, were led by Lou Williams (27 points) and Paul George (25 points, 8 assists), but Patrick Beverley was everywhere with 14 points, 16 rebounds, 7 assists, 3 steals, and 2 blocks. PatBev and LouWill were the catalysts for the Clips’ late surge that stole the win.

Beverley came in shooting a brutal 18.9% from downtown for the season, but in the fourth and OT he – incredibly – made 4 of 5 from the arc.

Smart played despite mildly spraining his ankle two days ago, and the Clippers had their superstar duo of George and Kawhi Leonard on the court together for the first time ever.

The first half was forgettable, terrible basketball by both teams. The most notable Celtic was none other than Enes Kanter, who had 8 points and 5 rebounds in just 9 minutes.

By halftime, Boston was shooting just 36.7% and was 1-18 on threes, no one was in double figures, and Kemba Walker had as many turnovers as points (3 apiece), plus a frustration technical foul. Yet the Cs held a 42-40 lead because LA made only 37.5% and committed 13 turnovers leading to 12 Boston points.

Fortunately, both teams flipped the switch for the second half, especially Tatum, who hit four triples and had 14 points in the third.

The previously ice-cold Cs made 7 of 10 threes in the quarter and pulled ahead, 75-69, going to the fourth.

Kemba finally looked like himself when he drained a long three with 8:12 left, giving the Cs their largest lead to that point at 81-73. Two minutes later, he popped another to put Boston up 10. Then suddenly:

Celts got the lead back to 7 when Smart’s pass was luckily deflected by LA into the basket. But the Clippers responded with a 10-0 run led by Williams and Beverley, taking a 3-point lead. After a timeout, Tatum juked Paul George off his feet and banged home a clutch triple to tie the score with 13.1 remaining, leading to OT.

Tatum had 6 in the extra period, but George and Beverley combined for 10. Down three and needing a steal with seconds remaining, Smart made a sensational defensive play to give the Celtics one last chance,

Kemba tried to tie it at the buzzer, but Kawhi blocked his 3-point attempt to close it out.

🥇 Early Game of the Year candidate

Relive the final minutes, as the @LAClippers topped the @celtics in a thrilling OT finish! pic.twitter.com/KHXQB5xeNr

Footnote: the refs clearly affected the outcome by missing a ridiculous number of obvious calls, and also hitting Brad Stevens with a technical in OT. We’ll have more to say about this in 5 Rational Thoughts on Thursday.

This is honestly embarrassing for the NBA

This officiating crew is absolutely screwing the Boston Celtics.

Games like this you can’t get screwed by the refs. The #Celtics are getting screwed. Brad Stevens just got a technical.

Anyone questioning how good this Celtics team is, needs to realize they just lost on the road against a Kawhi/PG clippers team with the no Hayward while the Officials handed them this game in OT by 3