Wizards' bench unit has quietly turned into a formidable force 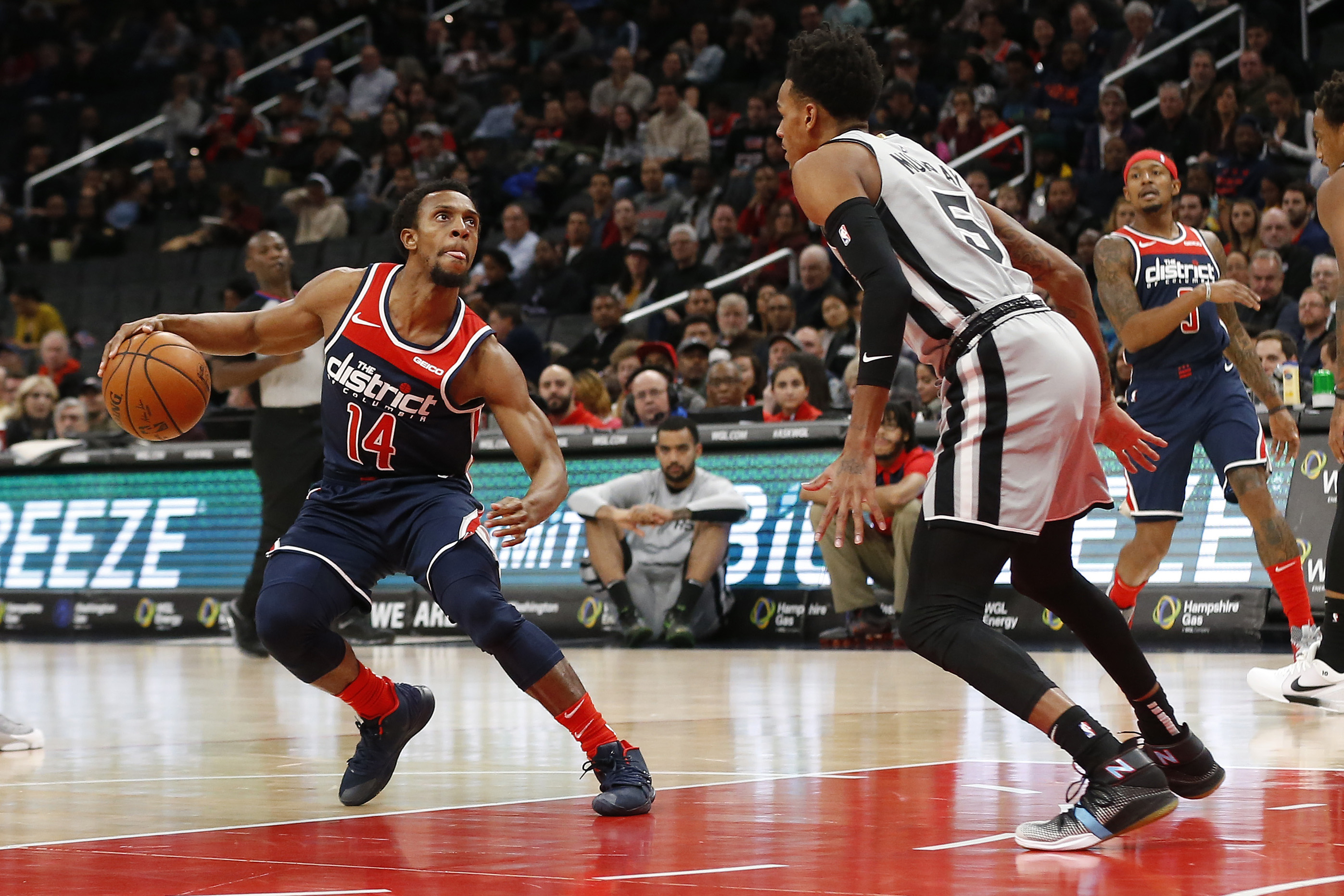 Wizards' bench unit has quietly turned into a formidable force

Last season, the Toronto Raptors demonstrated that depth can win an NBA championship. That is not in the cards for the Washington Wizards this season, but with the parity they have in their rotation, their second unit is quite formidable. As things currently sit 12 games into the season, Scott Brooks’ bench is Ish Smith, Jordan McRae, C.J. Miles, Davis Bertans, and Moe Wagner. Not any flashy names that would content for 6th man of the year like Jamal Crawford or Lou Williams, but so far the lineup has had success.

Washington’s bench scored 63 points in the team’s 138-132 win over the sliding San Antonio Spurs who only got 43 points from their second unit. Behind the Los Angeles Clippers (50.9), the Wizards have the highest scoring bench in the NBA at 46.5 points per game on 48.1 percent shooting from the field, third-best in the league. Out of Washington’s six lineups that have played at least 20 minutes together this season, the only one that has a positive net rating (+18.2) is the bench lineup with Bradley Beal instead of Jordan McRae, who has been sidelined with a thumb injury and illness at times this season.

Ish Smith dropping 21 points in 24 minutes on 9-for-12 shooting from the field including 3-for-4 from deep was easily his best game with the Wizards. Davis Bertans had another great revenge game against his former coach Gregg Popovich that absolutely adores him. The sharpshooter had 21 points on 7-for-11 shooting including 4-for-7 from deep. Moe Wagner continued to do Moe Wagner things with an energetic 13 points on 5-for-8 shooting also including 3-for-4 from deep. With these additions, I was curious if one stood out more than another to Beal, but the All-Star is not surprised by the production at all.

“Nobody, honestly,” Beal responded when asked who out of the nine new players has surprised him the most. “I see them every day. They probably surprise you guys more than they surprise me. Every day, I am with these guys, and every day, I’m trying to build their skill work and they do it on their own too. Nothing really takes me by surprise.”

There is a lot of talent on the Wizards’ bench. Ish Smith is a fringe starting NBA point guard and was possibly signed to play that role this season before the team was able to land Isaiah Thomas. Jordan McRae is a walking bucket and proved that as the G League’s leading scorer last season. C.J. Miles and Davis Bertans are two of the best three-point shooters in the NBA. Moe Wagner is a very similar, energetic player as Thomas Bryant. For the Michigan product, he is just enjoying the consistent playing time and love for the game.

“It’s fun, fun as hell, excuse my language,” Wagner described the bench unit. “When the ball moves like that. It’s like when in doubt pass it to Davis [Bertans]. It’s ridiculous. It’s obviously a lot of fun, and when you play the game with that type of joy, good things happen to you. You’re locked in defensively and you’re able to make runs.”

Moe Wagner on the Wizards' bench: "It’s fun, fun as hell, excuse my language. When the ball moves like that. It’s when in doubt pass it to Davis [Bertans]. It’s ridiculous. It’s obviously a lot of fun, and when you play the game with that type of joy, good things happen to you." pic.twitter.com/x4NqjQIZC6

The Wizards are certainly doing unconventional things with their bench by allowing Bertans to initiate pick-and-rolls and with Wagner leading the NBA in charges drawn. Just because it’s weird does not mean it can’t work. Whether it is sustainable or not, only time will tell.

“Because it’s probably non-traditional,” Smith explained. “It’s something that people have never seen before. D.B. [Davis Bertans] making plays, D.B. bringing the ball up, C.J. (Miles) pushing the ball up, J-Mac [Jordan McRae] bringing the ball up, Moe (Wagner) popping. It’s something they haven’t seen before. And we play so fast and with so much pace, that’s an advantage for us. If the game slowed down, we’re not the biggest – when it comes to a second unit – so we just try to play to our strengths and our advantages.”

The Wizards are playing an entertaining brand of basketball because everyone likes to see scoring. If you watch any of Washington’s games you are in for a track meet. They are currently second in the NBA with a 114 offensive rating and second-worst with a 115.1 defensive rating. The bench is certainly helping contribute to the first stat, while the organization hopes the second stat can be incrementally improved. With at least Smith and Wagner back next season, their strong play off the bench now is a headstart for the 2020-21 season.