Your Morning Dump... Where even a loss is more evidence that this year couldn't be more different than last 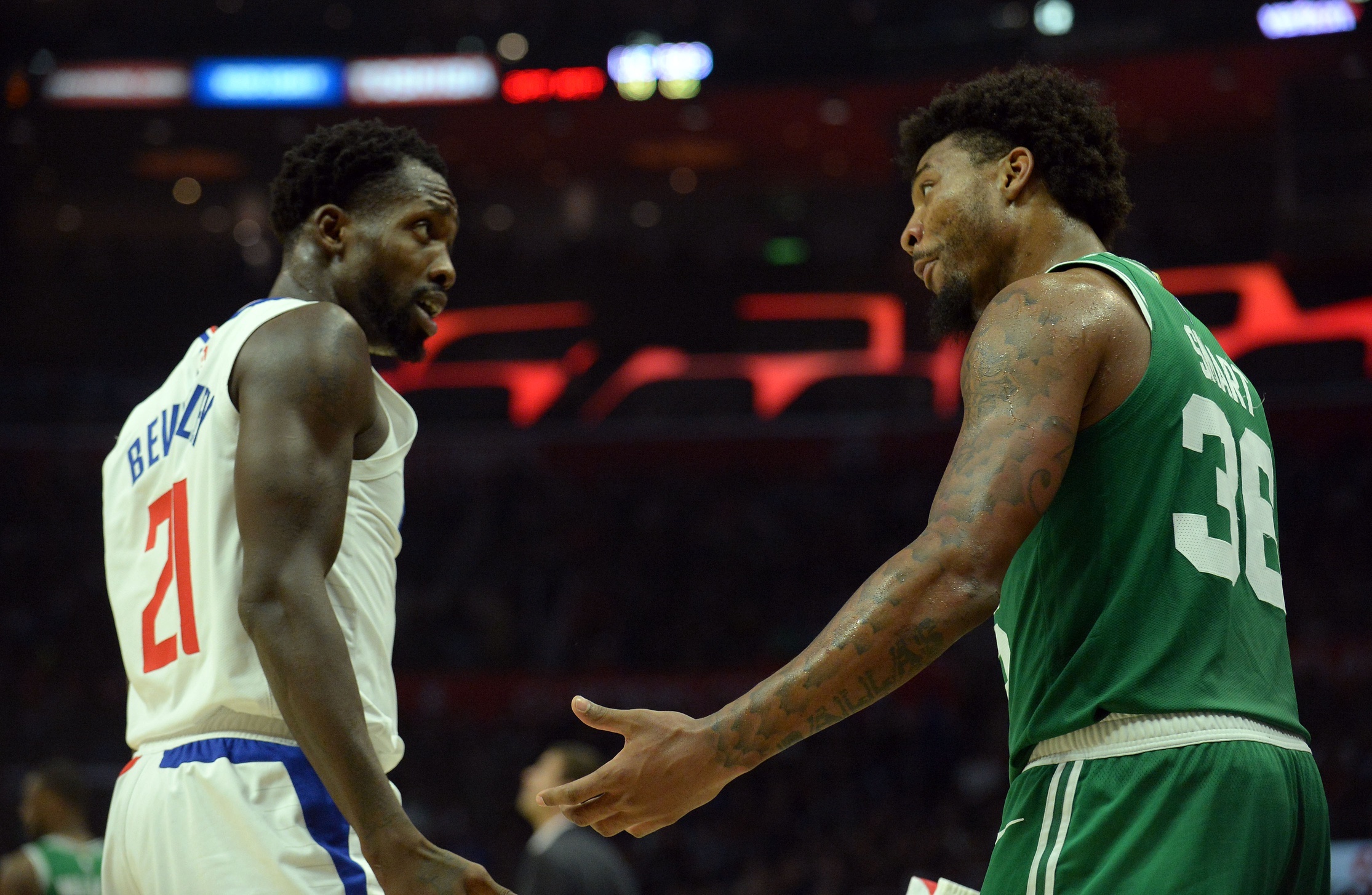 Your Morning Dump... Where even a loss is more evidence that this year couldn't be more different than last

“We believe truly that we can compete with anybody in this league,” said Smart before stressing how every possession matters and lamenting how Boston let a double-digit lead slip away.

“They’re really good, and we’ve just got to be a little better.”

NBCSports Boston — It’s not la-la-land, these Celtics can compete with anyone

“The thing I like about this group is we play hard,” Tatum said. “Sometimes things don’t go our way, but we compete.”

Not sure how many of you stayed up for last night’s taut, back-and-forth between the Celtics and Clippers, but if you’re coming here to the lead story in the Dump this morning for key stats from last night, or analysis on one of many blown 4th quarter and overtime calls by the refs, you’ve come to the wrong place.

Because last night is less about that, less about outcome, and even less about process (which would make Brad Stevens sick to hear) and more about effort, attitude and comportment.

Let’s start with Smart, because Smart’s belief has always been “when I step out on the court I believe I’m going to beat you” but you didn’t hear him say that a lot last season. That’s because as much as guys like Kyrie Irving claimed he loved Marcus Smart as a teammate, last year’s bunch was never really Marcus Smart’s team. There was too much discord for Smart’s message and Smart’s attitude to truly permeate every inch of the roster. It sure feels like this year it has. When Smart talks this year, everyone listens. There was a moment in overtime last night, as the Celtics fell behind by 5, 107-102, where Smart, during one of what felt like a thousand official reviews, put his arms around Tatum and Jaylen Brown and then drew the rest of the starting five into a tight huddle. Smart surely believed the Celtics could win the game and he also knew that even if his teammates did, too, they could use some reassurance, and as an unquestioned leader, he brought his team in to give it to them.

Marcus Smart is indispensable. It’s not a question anymore.

But then there’s the quote from Jayson Tatum. With Irving, Marcus Morris, Terry Rozier and even Al Horford out of the way, Tatum has a voice on this team and is looked to as a leader, too. Last year’s Tatum probably would have dwelled on the loss itself during post-game interviews. Instead, he took solace in the fact that last night provided evidence that this team feels different. Sometimes things don’t go our way, but we compete. I don’t think we heard anyone say that last year.

The Celtics will lose more games this season, and while we haven’t seen it yet, they may lose some games where the effort just isn’t there (wouldn’t totally shock me if that happens tomorrow night in mile-high Denver at the end of a long road trip, actually), but those nights will be few and far between. Even when they lose, the Celtics say all the right things. And I don’t know about you, but this year, I believe all of them.

On page 2, the Cs gambled that Pat Beverly couldn’t beat them, and paid

“I remember I came off one pick and roll,” Patrick Beverly said after the game. “I was so open I didn’t know what to do. They get so much attention. It was crazy.”

The Boston Celtics learned the heard way that this is what makes the Clippers so dangerous. It’s why they may be the favorites to win the title this year.

Beverley came into the game shooting 18.9 percent from 3. The Celtics had actually been helping off of him all night long and getting away with it. For the first three quarters of the game, Beverley scored two points while shooting 1-for-4 with two misses from deep.

Then the floodgates opened.

So, yeah, the Clippers are going to be a problem. Not unbeatable… the Celtics showed that last night, but that was night one of Kawhi and PG sharing the floor together and even as they just start to figure it out, you can tell this team will be scary good. Defensively, it was really difficult for Boston’s shooters to find space and for slashers to get clear paths to the basket. Offensively, as Stevens said and as the strategy showed, the Cs had to pick their poison and give Pat Beverly open shots.

In so many ways, Beverly is to the Clippers as Marcus Smart is to the Celtics, and while it was the right decision to try and make things difficult for the Clippers two superstar wings, Beverly lives for making big plays in big moments he might not otherwise make.

Things might have looked a bit different had Gordon Hayward been healthy, but the Clippers will be a different team once Kawhi and PG get more time together in practice and in games. I’d take 6-7 more of these in June, please.

And finally, I said no stats, but this one is pretty cool

From John Hollinger at The Athletic:

Chuck B went deep on Wanamaker in yesterday’s Dump, so if you want to read more praise, click back a day. But the free-throw attempts stat shows 1) Just how much more of an opportunity he’s getting this season and 2) Just how much he’s doing with that opportunity.

Bench production and consistency was, and still is a big question, but it feels as  though at leas one piece of that puzzle has been put into place with #9. Great get by Danny Ainge, great job by Stevens and crew for finding ways to let him shine, and of course, great perspective and persistence by Wanamaker himself — staying the course and coming back to earn playing time.