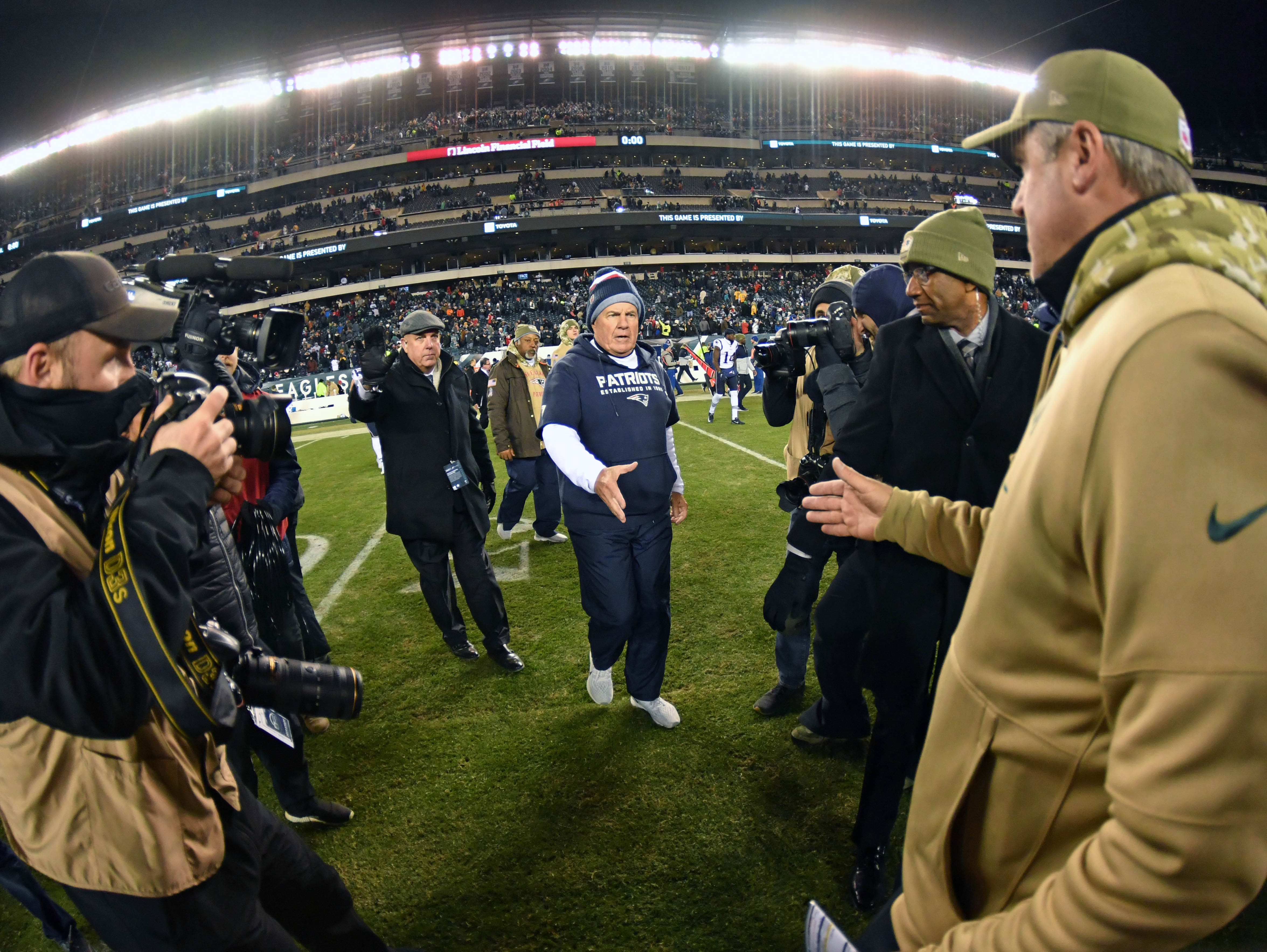 Patriots head coach Bill Belichick is known for being a disciplinarian on the field, but that doesn’t mean he’s necessarily all that different than the rest of us, apparently.

Belichick has warmed up a bit over the past few years, seemingly because his coaching career may be drawing to an end, sooner than later. He’s humanized himself, showing some quick wit, and even cracking a smile once in awhile. It’s refreshing, and entertaining.

He also likes Turkey Day football, just like the rest of us, and that’s pretty great. The Patriots don’t play on Thanksgiving Day, so Belichick can likely enjoy the games and some family meal time, if he so chooses. And he apparently likes the tradition of watching NFL and eating turkey, stuffing, and the rest of the Thanksgiving spread.

Speaking on Thanksgiving to reporters on Friday, Belichick said he enjoyed “football, family, and food,” according to Tara Sullivan of the Boston Globe.

He also is a fan of the sweets, saying, “Can we at least start with dessert?”

“You know, Thanksgiving, turkey, football,” he said, still smiling Friday, “very appreciative of all the things that come with Thanksgiving. But as they specifically relate to football, definitely the opportunity to participate and be a part of it, to watch the other games that are played then and the camaraderie that it brings, just even family sitting around watching a game. If it’s not your game, or you don’t have a specific rooting interest necessarily in the game, just being together with your family and friends, that time of year.”

It’s great to see Belichick values food and football just like the rest of us.