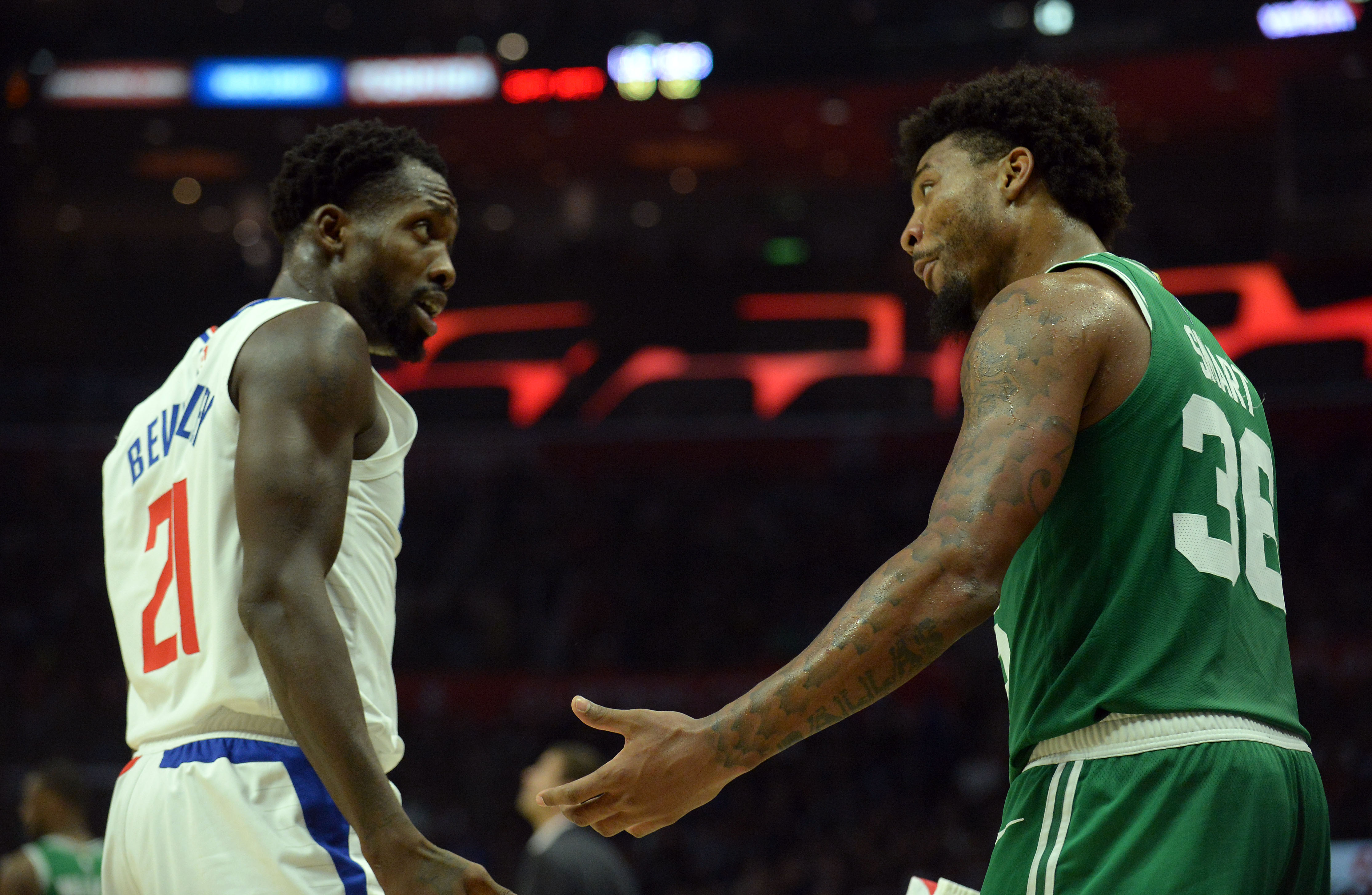 Marcus Smart and Patrick Beverley are two of the most relentless defenders in the NBA. They’re also extremely confident in their abilities on the court, so when reporters tried to compare the two, Smart and Beverley weren’t having it.

After the game between the Clippers and Celtics on Wednesday night, Beverley was asked what it was like to be on the floor with another player like himself in Smart, and he seemed amused by the question.

Reporter – “What’s it like being out there with Marcus Smart, a guy trying to out-intense you?”

Reporter – “You don’t usually have another guy out there that matches your intensity.”

On Friday, Smart was asked to respond to Beverley’s reaction, and he made it  very clear that he’s on another level compared to Beverley.

Beverley’s team managed to come away with the win in overtime Wednesday, but Smart stood out big time in his team’s loss. He finished with 15 points, eight assists and made some of the routine hustle plays that he’s known for on the defensive end.

It’s tough to say for certain which one is better. Both bring so much intensity to their respective teams, and both are ridiculously gifted at defending practically every position despite not being the biggest guys on the floor.