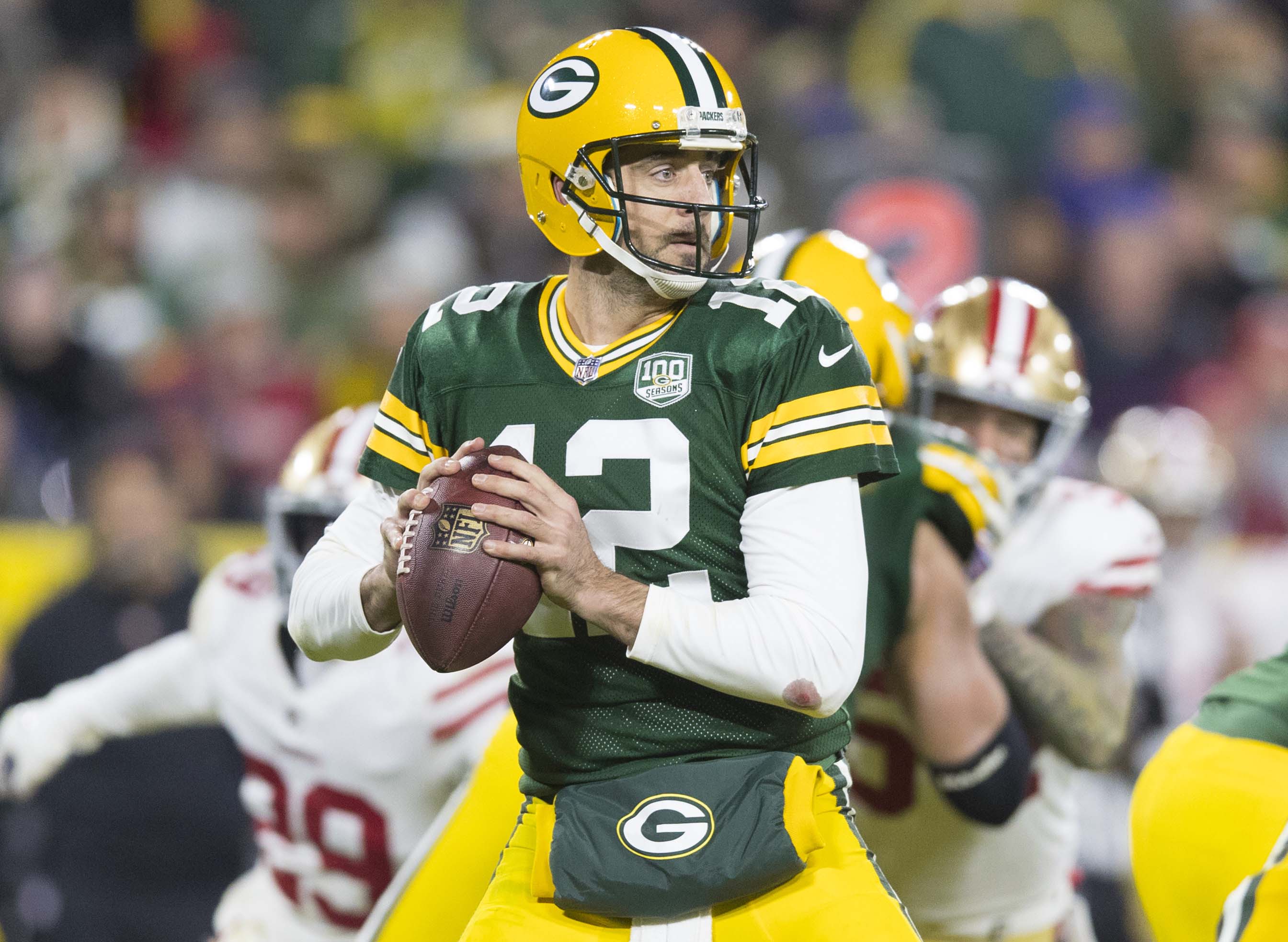 Green Bay Packers quarterback Aaron Rodgers is a competitor. You don’t get to be a two-time NFL MVP and a Super Bowl MVP without having a strong desire to be the best. But Rodgers has even more incentive to shine this Sunday night when the Packers take on the San Francisco 49ers in Northern California.

There’s the everyday motivation of a big football game on a big stage. The Packers are 8-2, the 49ers are 9-1 and the winner of this game has the inside track at winning the top seed. The game was also flexed to Sunday Night Football so a national television audience will be watching.

But there are additional reasons Rodgers will be extra psyched for Sunday’s game. First, this game is a homecoming for Rodgers who grew up in Chico, California, about 164 miles away from the location of the 49ers new home in Santa Clara.

But then there’s the other reason that dates to April 23, 2005, at the Javits Center in New York City. It was there that the 49ers, the team Rodgers grew up watching and rooting for, passed on the local prospect in favor of Alex Smith when they made the first overall pick in that year’s draft.

All the while, the cameras focused on the quarterback from Cal who was sliding down the draft boards trying to keep a smile on his face as he congratulated player after player who was selected ahead of him.

“It was brutal watching that,” former Packers wide receiver Greg Jennings recalled. “Obviously, we see what kind of resolve he has.”

Former running back Ryan Grant later said, “I did watch when Aaron didn’t get drafted early. I do remember Aaron sitting there. He’s definitely got a chip on his shoulder. That’s what you want.”

At the draft, a reporter from a San Francisco TV station asked Rodgers, “How disappointed are you that you will not be a 49er?”

Rodgers answer was succinct and direct. “Not as disappointed as the 49ers will be that they didn’t draft me.”

On this day in 2005, Aaron Rodgers was a little upset the @49ers didn't select him in the @NFLDraft and gave @DennisKPIX a classic sound bite. pic.twitter.com/gxY6oCexI1

Finally, the Packers stepped up and selected Rodgers with the 24th overall selection in the draft. Of course, Green Bay already had a Hall of Fame quarterback in Brett Favre, so Rodgers waited some more, sitting behind Favre for three full seasons before finally getting a chance to prove what he can do.

The Packers were rewarded with outstanding play from Rodgers who is a shoo-in to make the Pro Football Hall of Fame five years after he retires. They won a Super Bowl in 2010 and had a 15-1 season the following year behind Rodgers.

But Rodgers has a reputation for never forgetting a slight, just ask Mike McCarthy who was an assistant coach in San Francisco when the Niners chose Alex Smith over A-Rod. Rodgers still remembers all the teams that passed on him in New York back in 2005, but none create quite the same emotional sting a when his hometown team passed on him.

Despite it all, Rodgers is still being pragmatic about Sunday night’s game. “The way I look at it, we’ve got to beat them once at their place at some point,” Rodgers told reporters after Wednesday’s practice. “It would be nice to do it now.”

As a veteran, Rodgers knows what’s at stake on Sunday night. “We’re all aware of where we’re at in the seeding going into Week 12 and what’s in front of us and the opportunities,” Rodgers said. “There’s still a lot of football to be played and a lot can happen. I think you’re just in denial if you don’t think about the implications with a ‘Dub’ or an ‘L’ this week and how that affects stuff down the line. That’s why I said, the way we look at it, we’re going to have to win there one time the rest of the year. It would be nice to get it done this week.”

Rodgers knows what the Packers need to do. But he also has some extra incentive to do it. It’s a big game, it’s a homecoming game and it’s another chance to show the team that passed on him in 2005 what a big mistake they made.