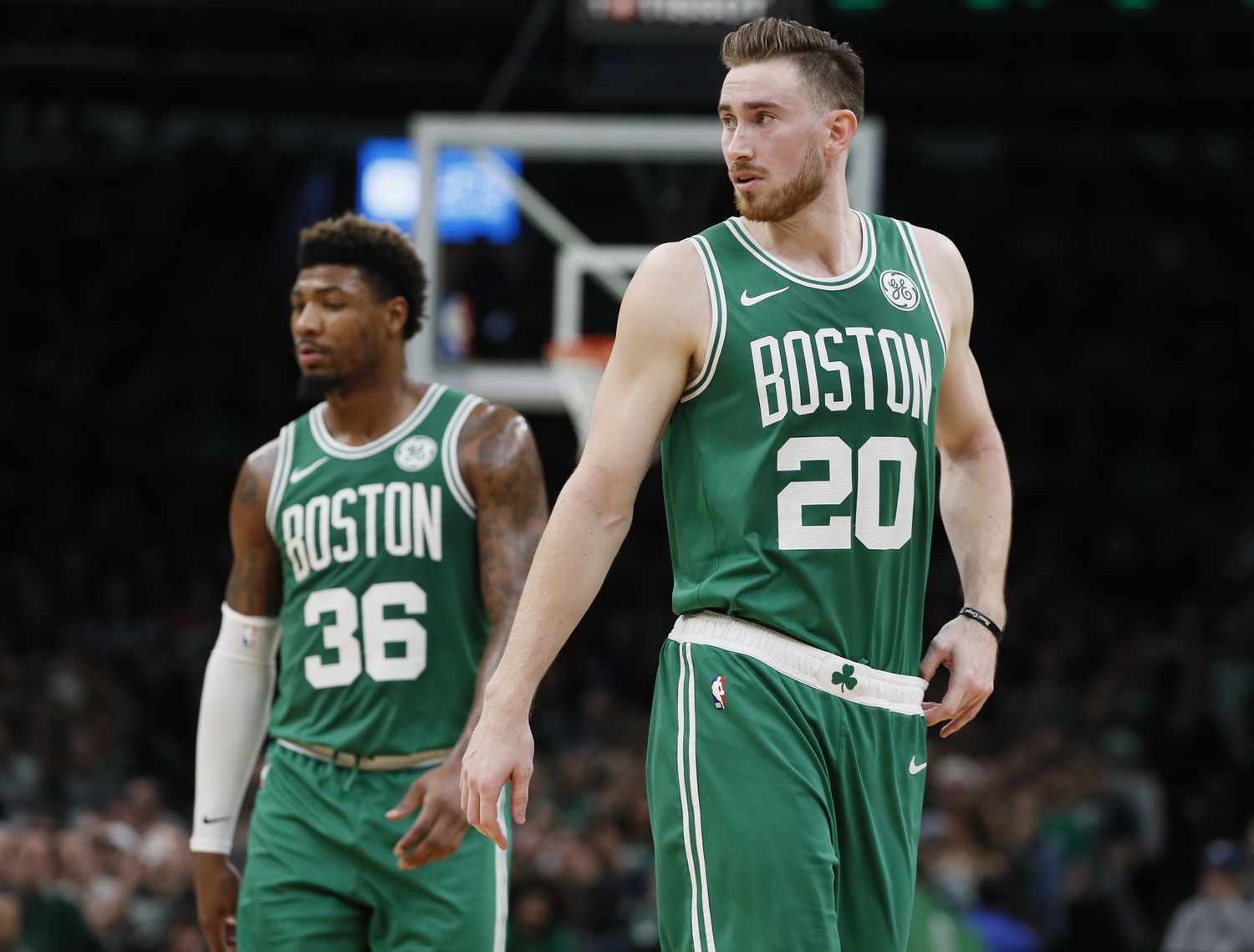 The reality is, the Celtics don’t have easy options even if they were determined to upgrade in the middle. While one could have some fun with the Trade Machine, Boston has made it clear to anyone who has asked that their core players are absolutely not available. That includes, sources said, both Hayward and Smart, players who have been floated as possible trade chips in the past.

Their best assets are as many as three first-round picks in the 2020 draft, including a valuable Memphis pick that is top-6 protected in 2020 and unprotected after that.

Aside from Jayson Tatum, no one is really untouchable on the Celtics roster. But, for the purpose of logical trade discussions this season, I believe that Danny Ainge is keeping the group together.

Windhorst’s story focuses on the Celtics’ talent and whether they are good enough to beat big teams like the 76ers, Raptors, and Bucks.

Giannis is nailing 3s and the Bucks are playing well again, but it’s Philly that poses the biggest obstacle… if they reach full potential. In case you haven’t noticed, the Sixers (9-5) are extremely underwhelming offensively and the Al Horford fit is anything but seamless:

Horford and Embiid don’t make much sense together, especially in crunch time. (Horford was benched down the stretch of a close game against the New York Knicks on Wednesday night.)

It’s too early to claim Horford benefited from Boston’s ecosystem as much as he elevated it, and too dramatic to say he misses Isaiah Thomas, Kyrie Irving, or even Marcus Smart — a teammate who can explode off his ball screen or zoom around a dribble hand-off, draw two defenders, then kick back to him for an open three — but Horford was the connective tissue on those Celtics teams. Now, when beside Embiid, he sports the usage rate of a foot stool and a true shooting percentage that would embarrass Andrea Bargnani.

(The Sixers are the least threatening pick-and-roll team in the league, in both volume and efficiency.)

Yikes. Another month of this and the #FireBrettBrown movement will really gain traction.