Win one for PPW, Eagles...Seattle at Philly 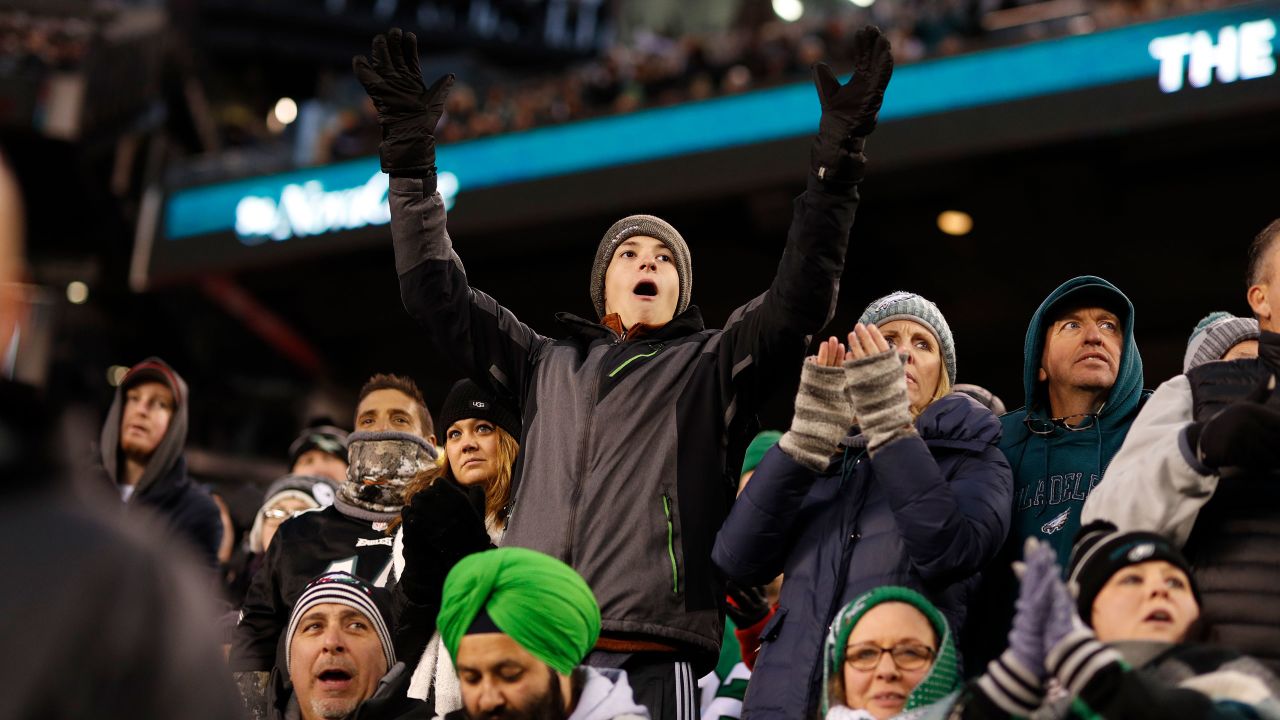 Win one for PPW, Eagles...Seattle at Philly

Long-time Eagles fan and contributor here and at PE.com — he is PPW, aka Phanye West, aka PP Dubs…. a resident of the great Pacific Northwest, he is a family man, a lover of nature, a scientist when it comes to understanding the internal combustion engine, a master of irony and a student of the NFL game.

Well, he’s fighting a big medical battle right now. He will prevail, but it won’t be easy. He would hate the extra attention, but he has more fans like me than he might realize. That’s why I’d like to imagine some kind of “upset” victory on Sunday by the Eagles over Seattle, because I know it would give PPW some pleasure. I won’t even go to the “inspiration” angle—I mean, we’re talking about reality of life vs. sports entertainment. Let’s just say, should the Eagles figure some stuff out on Sunday, it would bring our pal PPW perhaps a momentary comfort from his current medical challenge. He deserves a break.

It would brighten PPW’s day if somehow the Eagles could figure out how to beat Russell Wilson for a change. I’m sure his medical team would notice the uptick in his outlook.

Screw the odds and the history at this point. But to be fair to the opponent, Wilson has had our number (four straight wins since 2012). On the season, Wilson has 23 TDs, 2 INTs, a 8.4 YPA average, a QB rating of 114.9, and he has run for 256 yards and 3 TDs, while making a bunch of clutch plays in the fourth quarter.

Jimmy Kempski interviewed DC Jim Schwartz as he summed up the enigma that is Russell Wilson:

“But he can also be as good as anybody in the league when it comes to just dropping back and throwing it. He’s very talented that way, and he can scramble not just for 1st downs, but he can scramble for big plays down the field. Just an excellent competitor, and it’s a great challenge this week for us.”

Here he is, doing all of those things. Oh, and note that his receivers actually make some plays for him as well! — Jimmy Kempski

But as Danny Gallen points out at PennLive.com, the sum of the Seahawks roster is greater than Russell Wilson:

1. The Seahawks offense is much more than Russell Wilson.

Seahawks quarterback Russell Wilson is neck-and-neck with Ravens quarterback Lamar Jackson in the MVP race right now, and he has been stellar: 224 of 327 (68.5 percent) for 2,737 yards and 23 touchdowns to two interceptions, plus 256 yards and three touchdowns on the ground. But he has a solid supporting cast.

Much had been made in the past about Wilson making things happen all by himself. This year, he has plenty of help.

2. It’s hard to overlook what the Seahawks did — and what the Eagles didn’t.

The Seahawks and Eagles haven’t faced off since 2017, but the teams have crossed paths off the field a couple times in the past year or so. Seattle made three transactions — drafting Metcalf, trading for defensive end Jadeveon Clowney and claiming Gordon off waivers from the Patriots — that the Eagles could have also made.

In April, the Eagles drafted wide receiver JJ Arcega-Whiteside out of Stanford with the No. 57 overall pick. The Seahawks grabbed Metcalf seven picks later. Metcalf is averaging 17.0 yards per catch and has scored five touchdowns, while Arcega-Whiteside went six straight games without a target and has three catches for 43 yards on the season.

The Texans were attempting to unload Clowney in August, and the Seahawks stepped up to offer a third-round pick and linebackers Barkevious Mingo and Jacob Martin for the former No. 1 overall pick. The Texans are even paying $7 million of Clowney’s $15 million salary this season. Clowney has three sacks, three forced fumbles, an interception and a touchdown this season.

The Patriots waived Gordon, the speedy wide receiver who has played just 29 games since 2013, after the trade deadline, and the Seahawks were the only team to file a claim on Gordon. With DeSean Jackson and Alshon Jeffery now injured, Gordon could have pushed Nelson Agholor to be the Eagles’ top wide receiver. But the Eagles didn’t claim him, despite being ahead of the Seahawks in the order.

Gordon played only 27 snaps and had two catches for 27 yards against the 49ers in Week 10, but he’s a talented (if troubled) speedster who can add another dimension to the field.

So those are three players suiting up for the Seahawks this weekend who could have potentially worn midnight green if things had gone in a different direction. There were an assortment of reasons why the Eagles made the choices they did, but it’s clear Seattle received an influx of talent with its moves.

Remember when the Seahawks routinely had one of the most intimidating defenses in the league? With the departure of Earl Thomas during the offseason, that era came to a close. Despite adding Clowney to the defense, it still isn’t one of the NFL’s best units. The Seahawks rank No. 21 in defensive DVOA, per Football Outsiders, and they are No. 18 against the pass and No. 16 against the run.

The Seahawks rank No. 24 in yards per play (5.9), No. 28 in passing yards (2,718) and No. 22 in yards per rush (4.5). There are yards to be had against Seattle. The Eagles have the chance to put together a consistent offensive performance. They just need to make it happen.

In conclusion, don’t get hung up on Russell Wilson. There are other ways to undermine a tough opponent. PPW would concur.