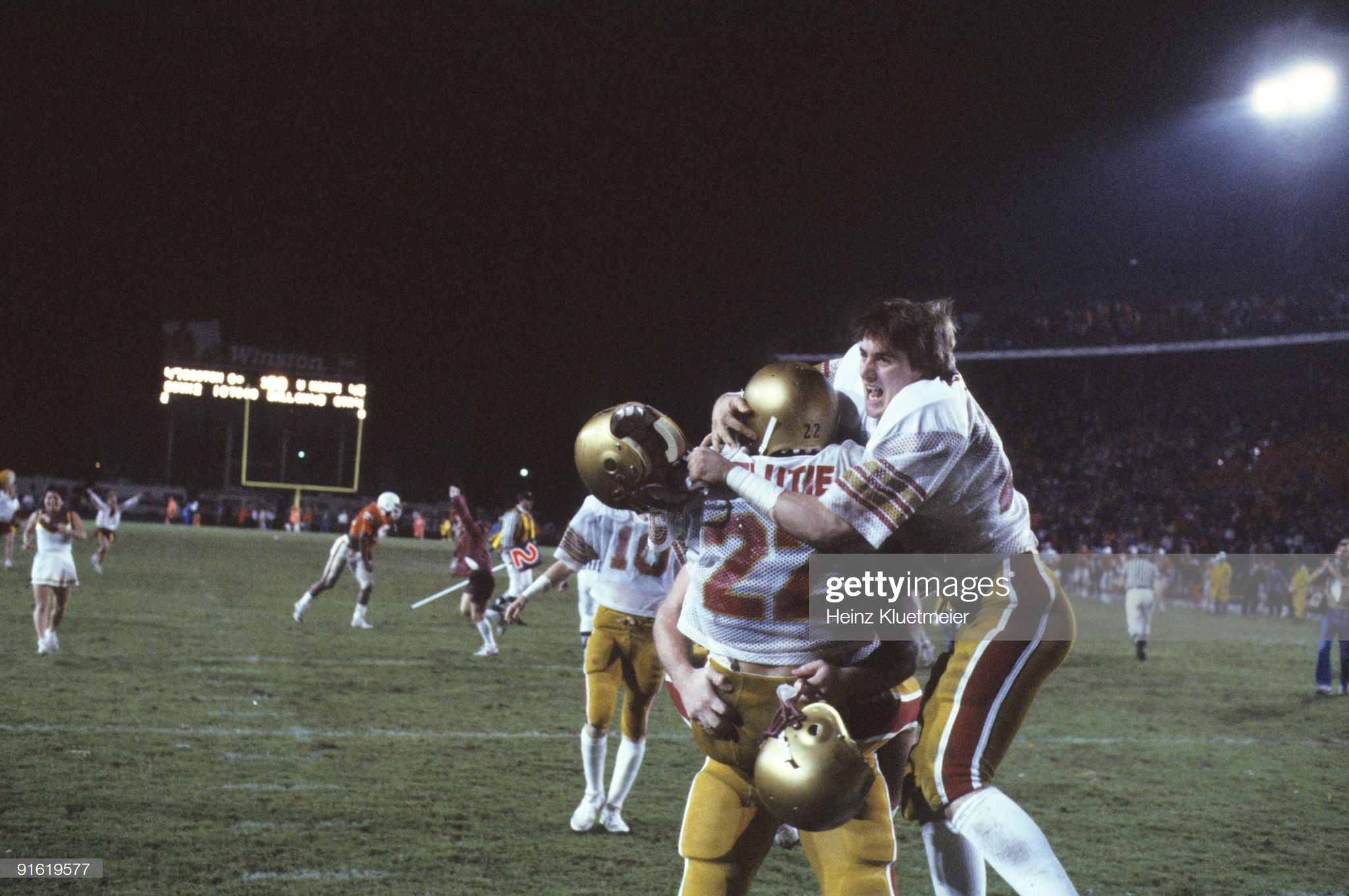 Ask anyone what comes to mind when they think about Boston College quarterback Doug Flutie’s 1984 Heisman Trophy season and they would almost all give you the same play. That play happened on this day 35 years ago.

During what would be a disappointing season for Miami, Flutie had his Heisman moment. With time expiring and Boston College trailing by four, Flutie unleashed a throw more than 60 yards in the air that found the arms of Gerard Phelan for a 48-yard touchdown to lift the Eagles to a thrilling 47-45 victory.

Boston College was 7-2 and ranked No. 10 when it arrived at the Orange Bowl to take on No. 12 Miami on Nov. 23, 1984. The Hurricanes were defending national champions, but had suffered three losses that season, including a contest to Maryland in which they had blown a 31-0 halftime lead less than two weeks prior.

The Eagles would race to a 14-0 lead and take a 28-21 lead into the locker room, but the second half saw the lead change six times. The Hurricanes took their first lead in the third quarter on a 19-yard field goal by Greg Cox after running back Melvin Bratton’s second touchdown of the day tied the game earlier in the quarter.

Before the third quarter had ended, Boston College evened the game on a 28-yard field goal by Kevin Snow. His 19-yard make early in the fourth quarter put the Eagles back in front, 34-31, and began the exchange of leads.

Bratton’s third and longest touchdown of the day — a 52-yard run — put Miami back in front, but Boston College answered on a 1-yard plunge by Steve Strachan with less than four minutes remaining. Stops were hard to come by in the second half and that looked like it would be the Eagles’ undoing after they were unable to end the Miami drive that started with a 3rd-and-21 three plays in.

With less than 30 seconds to play, Miami capped a nearly three-and-a-half-minute drive with Bratton’s fourth and final touchdown of the day. After Bratton’s 1-yard touchdown run put the Hurricanes in front, 45-41, the Eagles began at their own 20-yard-line.

Flutie was able to move Boston College into Miami territory with a pair of completions, but with just six seconds remaining after an incomplete pass, he seemed down to his final play. Flutie was flushed to his right when he bought enough time to load up and fire one to the end zone. The Hail Mary pass sailed over several hands of defenders and receivers into the arms of Phelan, who went to the ground to make a memorable catch.

The 48-yard miracle capped a day in which Flutie passed for 472 yards while completing 34 of 46 pass attempts. Phelan finished the day with 11 grabs for 226 yards and two touchdown catches to lead the Eagles. On the other side, Miami’s Bernie Kosar passed for 447 yards. Eddie Brown caught 10 passes for 220 yards in the loss — a contest where the teams combined for nearly 1,300 yards.

Flutie would go on to become the first and only Boston College player to win the Heisman Trophy. His “Heisman moment” came on this day 35 years ago.