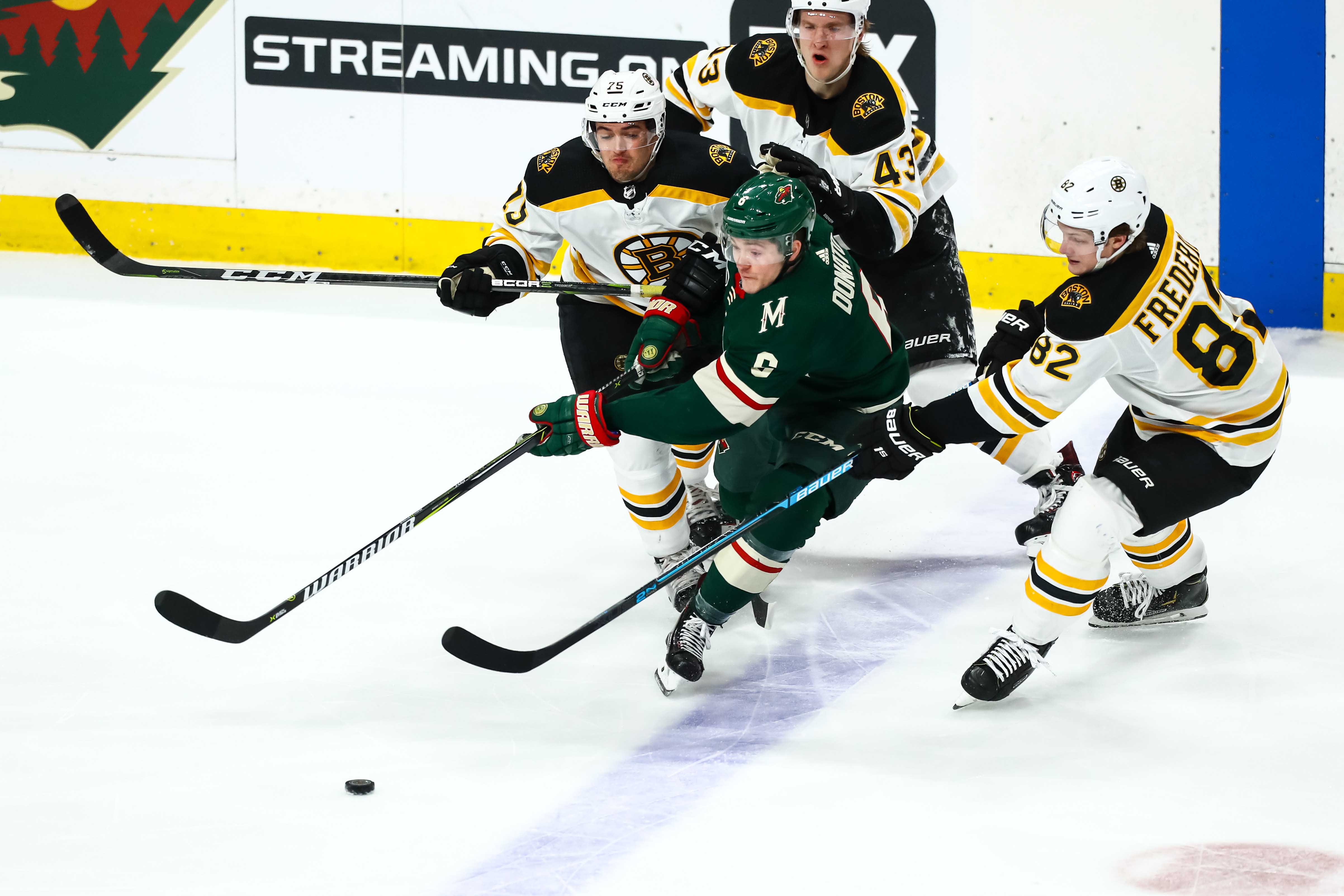 I hope after Thursday night’s game, you all took some sort of sigh of relief. That was a game that felt good to come out as the winner in, simply because the Colorado Avalanche are one of those teams I have absolutely no time for. I’ve enjoyed coming out ahead of them in a few playoff series, much to the chagrin of their perpetually over-confident fans. Plus, with the way this season has gone, I’ll take just about any win I can take. I don’t care if it’s against one of the worst teams in the league or one of the better ones. Wins are wins, and they just feel good. I’ll admit, I wasn’t feeling super confident about Tuesday night, but every once in a while, this team will surprise us. Now tonight on the other hand has me shaking in my boots.

If numbers make you nervous, I highly suggest you don’t look at Boston’s numbers. Between Brad Marchand and David Pastrnak, they have THIRTY-FIVE goals. Those are the kinds of numbers that would make just about any grown adult cry in jealousy. And if you weren’t feeling bad enough, you might as well add Patrice Bergeron’s goals in there as well, just to pour salt into your wounds and/or add insult to injury. Those three are also racking up the assists as well. If you have any of those guys on your fantasy hockey team, enjoy as some of us aren’t so fortunate. But it’s not just these three players padding the stats for the Bruins. Overall, the team is doing a great job in scoring and preventing goals. If you can combine 3.55 goals per game with a fantastic 2.36 goals against per game, you now know why Boston has a 14-3-5 record. The Bruins seem determined to play a kind of slash and burn kind of game this season, wanting to do whatever it takes to get back to the Stanley Cup Finals. They’re playing for keeps, and that’s all anyone needs to know.

With the exception of Thursday night’s second period, the Minnesota Wild played a good game. They were skating, and to a degree, were playing for keeps themselves. The only problem is that they allowed Cale Makar way too much space on the ice. The rookie took full advantage of that space and scored Colorado’s 2 goals. And trust me, the veterans of the Bruins will most likely be looking for that space as well and will take full advantage as well if Minnesota gives it. One definitely has to give props to the Jordan Greenway-Joel Eriksson Ek-Luke Kunin line. They were making things happen. We were limited to watching the live look-ins on NHL Network during the game (don’t get me started), and I was impressed with the Greenway goal. I was glad to finally see him using his size in front of the net. We definitely need to see him doing that more often. Lord knows we’re not exactly flush with big, physical players on this team.

Yet, even with those small positives, I don’t think they’re going to be enough for tonight. Boston is a far different beast than Colorado. Considering what the Wild will be dealing with tonight, I would consider it to be a “win” if Minnesota comes out of Boston losing 2-0 or some sort of small goal differential kind of game. I don’t see it happening, but it would be nice if it would. Call it a character building, morale boosting kind of game. It’s not often you can come out the loser and feel like the winner. And at this point, I think it’s all we can expect from this season.