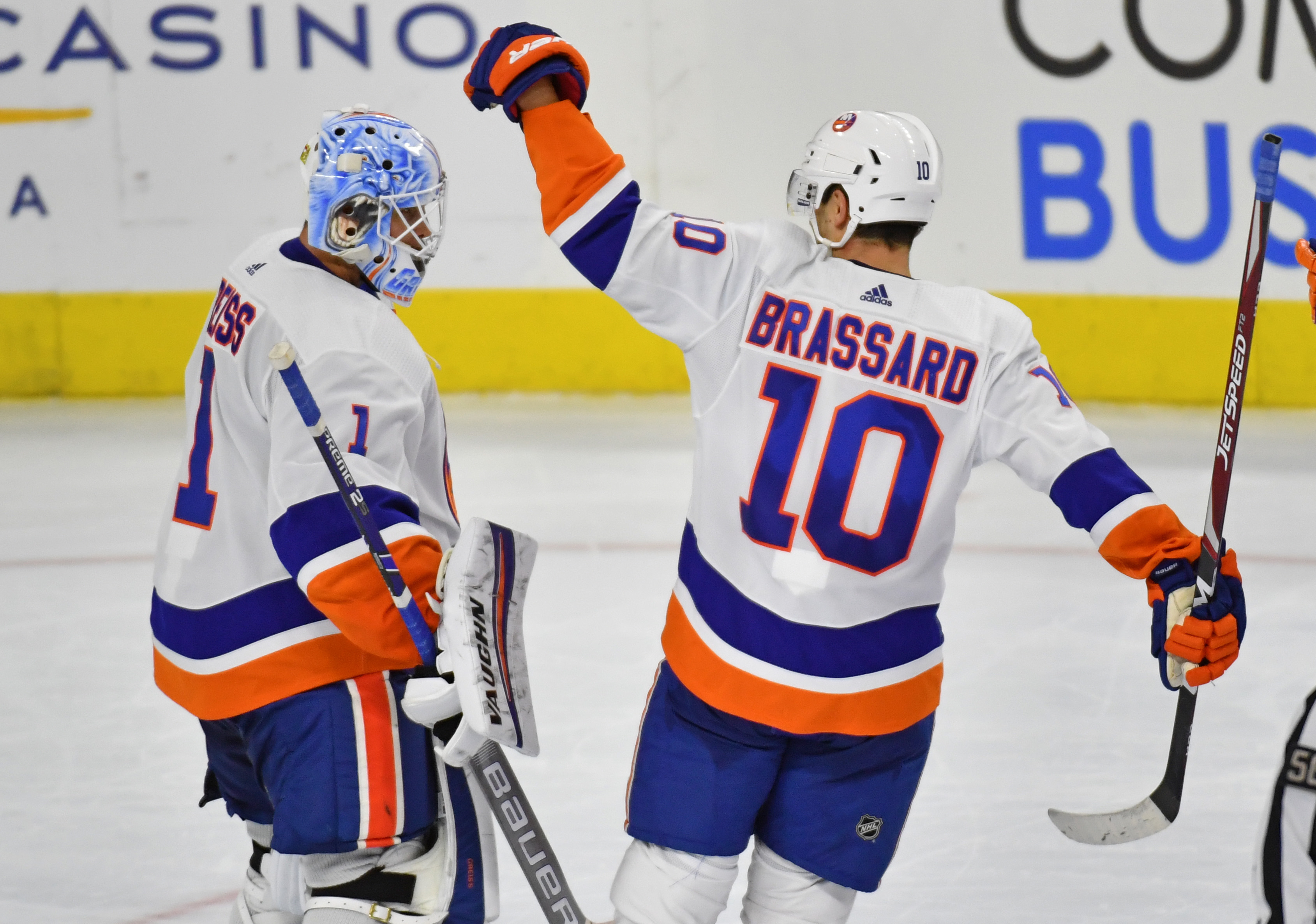 To quote the repeated phrase of the intoxicated man on the LIRR coming back to Long Island from the Barclays Center: “It’s good to be an Islanders fan right now.”

While it became irksome by its 19th utterance, he wasn’t wrong.

Thursday night’s thriller in Brooklyn fueled by Brock Nelson’s heroics lifted the Islanders to a franchise-record 16th-straight game with a point in a 4-3 overtime win over the Pittsburgh Penguins.

Behind their 15-0-1 stretch over that record-setting span, the Islanders are off to their best 20-game start in franchise history at 16-3-1.

They’ve taken full advantage of a home-heavy schedule as 13 of their first 20 have been played at either Nassau Coliseum or the Barclays Center. Only the Toronto Maple Leafs have had that many home games in the Eastern Conference so far.

Now, the time has finally come for the Islanders to pack their bags and hit the road for a while.

In a reverse split, 13 of their next 20 games will come on the road, beginning with a three-game west-coast swing beginning on Saturday night against the San Jose Sharks before visits to the Anaheim Ducks and Los Angeles Kings.

Those three games will be played in five nights, which is always a tricky trip for teams located in the East.

The Islanders struggled last season during their early California road trip — which was games 5-7 on the 2018-19 schedule — losing to the Ducks and Sharks while beating the Kings.

“We’re fine on the road,” he said following Thursday night’s win. ” You look at our record on the road, we’ve been pretty good.”

He’s not wrong. The Islanders are 6-1-0 in their seven road games this season, which has not been played further west than Winnipeg.

Had a little fun on @SportsCenter combining the worlds of hockey/football @NYIslanders pic.twitter.com/eawffy6plM

“I think it’s good, this little bit of a change for us,” he added.

Teams tend to get stale during home-heavy schedules as they fall into a bit of a rut. The constant repetition of the same schedule so often allows complacency to creep in. That’s when the results start heading south.

Further credit is due to the Islanders for not falling into that trap during this streak.

However, they might have had a slight advantage compared to the rest of the league.

“It’s actually probably been helpful that we have two arenas, which we haven’t said too often,” Trotz joked. “The change of venue, you can’t get stale and it looks a little different so it’s worked out for us.”